Goal, goal, goal for Mexico! Maria Sanchez takes a free kick from the edge of the box and scores the sixth.
10:48 PMa month ago

Ordóñez tried a solo effort, but his shot ended up going into the stands.
10:44 PMa month ago

Maria Sanchez's cross was blocked by the defense.
10:40 PMa month ago

Service to the Puerto Rico area, Roque stops the ball momentarily, but ends up releasing the ball.
10:37 PMa month ago

A cross from Ordóñez, a shot from inside the area is rejected.
10:31 PMa month ago

Cervantes' shot, but the ball ends up in the goalkeeper's hands.
10:25 PMa month ago

Changes in Mexico. Diana García and Lizbeth Ovalle are replaced by María Sánchez and Alicia Cervantes.
10:15 PMa month ago

Changes in Mexico. Delgadillo and Martínez are replaced by Joseline Montoya and Ordóñez.
10:14 PMa month ago

Ovalle's shot was blocked by the defense.
10:11 PMa month ago

Changes in Puerto Rico. Suárez and Cox come out for Vázquez and Johnson.
10:08 PMa month ago

The action resumes for the second half.
9:53 PMa month ago

At the end of the first half, Mexico momentarily leads by three goals to zero.
9:46 PMa month ago

Martinez's shot, but the ball crashes into the defense
9:40 PMa month ago

Mayor tried to generate danger, but in the end they ended up taking the ball away from him.
9:35 PMa month ago

Change in Puerto Rico. Zaragoza is replaced by Méndez.
9:33 PMa month ago

Diana García's shot, but the ball ends up in the stands.
9:26 PMa month ago

Goal, goal, goal for Mexico! Delgadillo sent in a shot after Abad's through ball to increase the lead.
9:21 PMa month ago

Goal, goal, goal for Mexico! After the goalkeeper's intervention, Martinez counter-attacked and increased the lead.
9:18 PMa month ago

Goal, goal, goal for Mexico! Ovalle, alone in front of the goal, sent a lethal shot past the goalkeeper to open the scoring.
9:09 PMa month ago

Dangerous shot by Katty Martínez, but the ball goes into the stands.
9:07 PMa month ago

The action gets underway at Estadio Nemesio Diez.
9:02 PMa month ago

Both teams are already on the field warming up before kickoff, getting ready for a great match.
8:49 PMa month ago

The Mexican Women's National Team is already at the Nemesio Diez, tonight they will be looking for a victory to stay alone at the top. 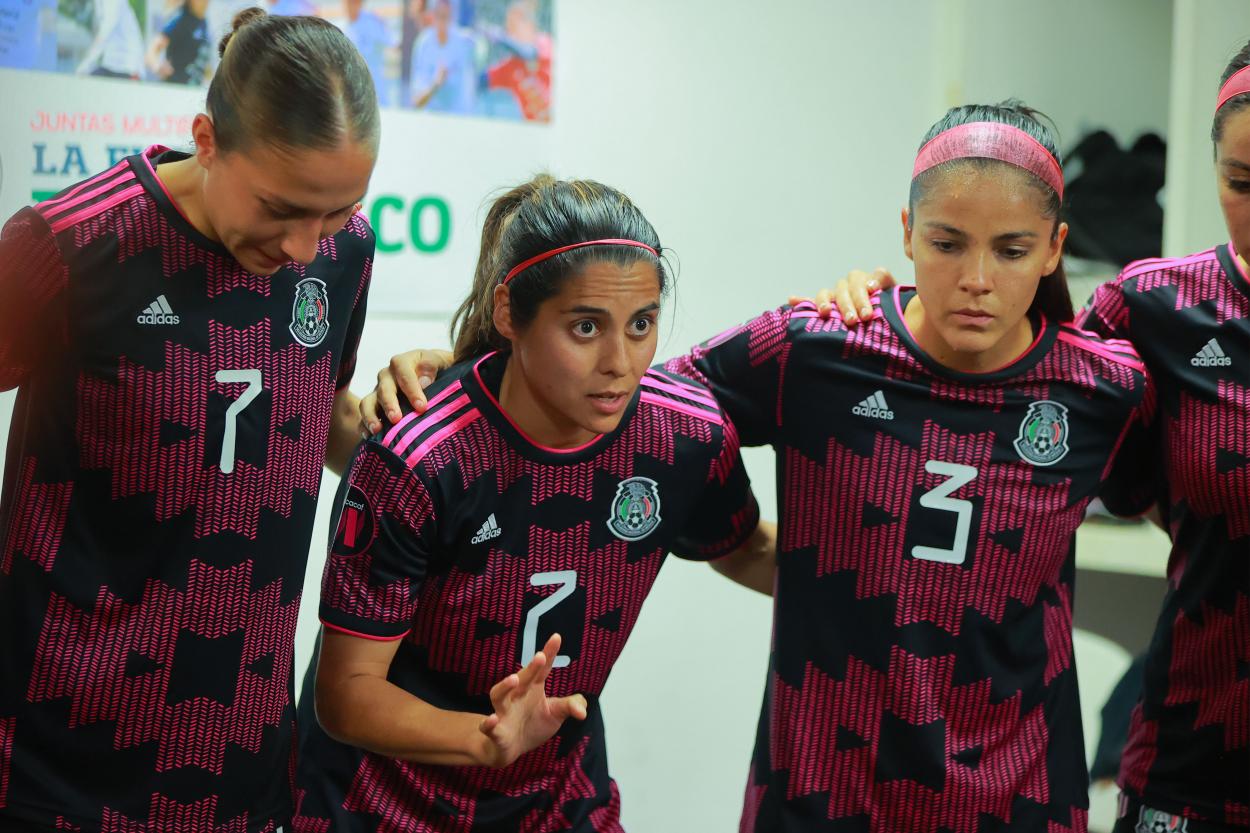 The Puerto Rican National Team has also arrived at the stadium and will be looking for the difficult task of defeating the locals.
8:37 PMa month ago

Laura Suárez is the one Mexico needs to pay special attention to, the midfielder is the current captain of the team and will be looking to distribute the ball well to give opportunities to her teammates.
8:34 PMa month ago

The fans are already beginning to make their presence felt at the Toluca stadium. They will be out in full force for this final match.
8:24 PMa month ago

Puerto Rico will have to pay special attention to the Mexican offense; however, Alicia Cervantes will be looking to keep adding goals to her account, so she has to be well guarded by the defense.
8:19 PMa month ago

Puerto Rico and Mexico battle for the top of the group tonight, Mexico has the better goal difference and will be looking to take the victory away from the visitors.
8:14 PMa month ago

We're back for a minute-by-minute coverage of the match between Mexico and Puerto Rico. We will shortly share with you the lineups as well as the most relevant information about both teams.
8:09 PMa month ago

In a few moments we will share with you the starting lineups for Mexico Femenil vs Puerto Rico Femenil live, as well as the latest information from the Estadio Nemesio Diez. Stay tuned to VAVEL's minute-by-minute live online coverage of the match.
8:04 PMa month ago

How to watch Mexico Femenil vs Puerto Rico Live Stream on TV and Online?

If you want to watch the game Mexico Femenil vs Puerto Rico Femenil live on TV, your options is: TUDN.

If you want to directly stream it: Streaming services and VIX y Paramount+ app.

Katty Martinez spoke before this important duel to define the leadership: "What is being generated and built is very important for us and to show it tomorrow in our home, in front of our people is going to be the most important thing, to be able to leave with that victory for all the unconditional fans.

"It is important to prove to myself why I am what I am as a player. I work with the goal of being in the National Team.

"The mentality of this team is incredibly hungry, to always go out on the field and really show what we are doing and working day by day, in and out of training camp, it is a commitment from both sides, players and coaching staff".

"We know what we want to demonstrate day by day, that commitment makes us always aspire and want more and that is why we do not reach that conformism, not even thinking about it and that is what we are sure will make us grow and reach the results we continue to want."

"We all know what a dream it is to play in the National Team. For me it represents a lot and I try to contribute goals to the team."

Diana Garcia also spoke: "We are ready to play a great role, especially because we are at home and we have to get the fans into the game. Every game and concentration we are increasing certain goals, as a team we have many strengths. Regarding weaknesses, they are areas of opportunity, not to trust, to respect the opponent in the best way and that will be with the work we have been doing, not only this year, but since last year".

"Tomorrow we have to respect the opponent and continue with what we have been working on since last year."

"Puerto Rico will always look to go forward and attack in the best way. We will try to do the same.

Looking for one more win

Puerto Rico arrives after defeating Suriname by two goals to nil, winning by three in this important match, and will be looking for three more tonight. 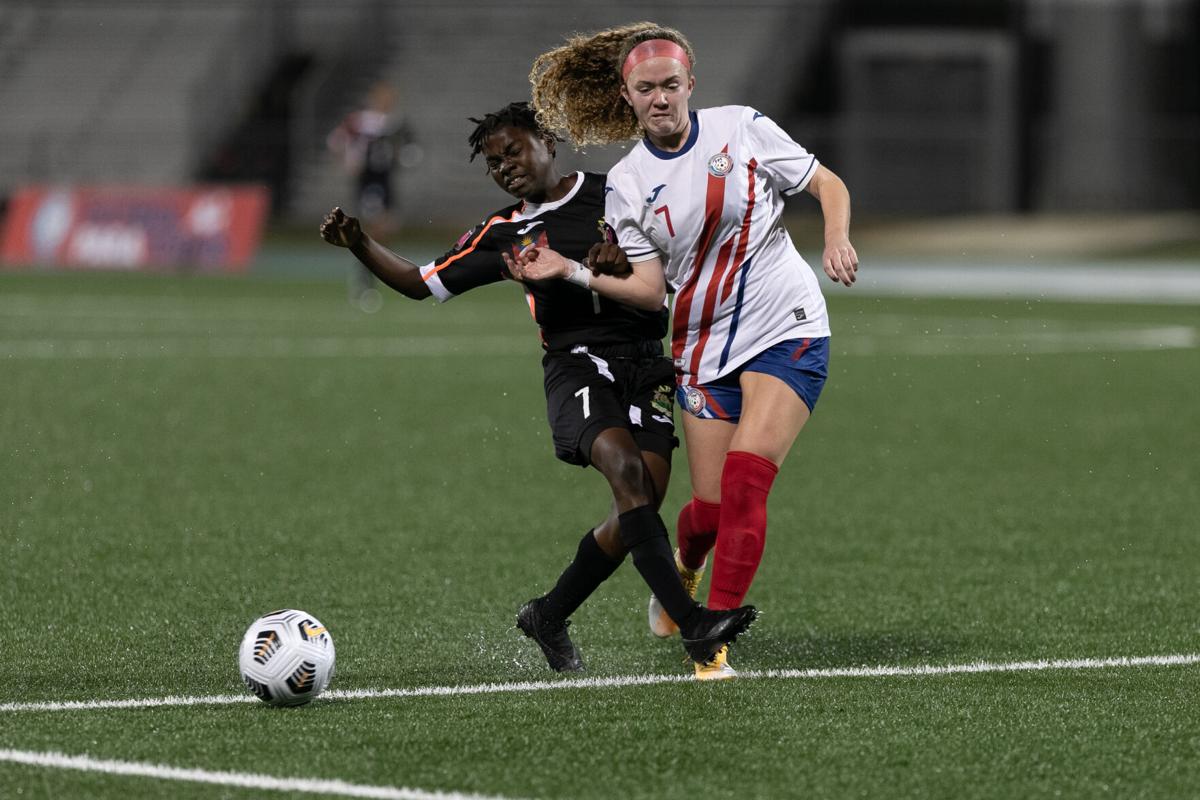 Mexico arrives after scoring its best goal against Anguilla, eleven goals to zero, registering the highest score in the Monica Vergara era. 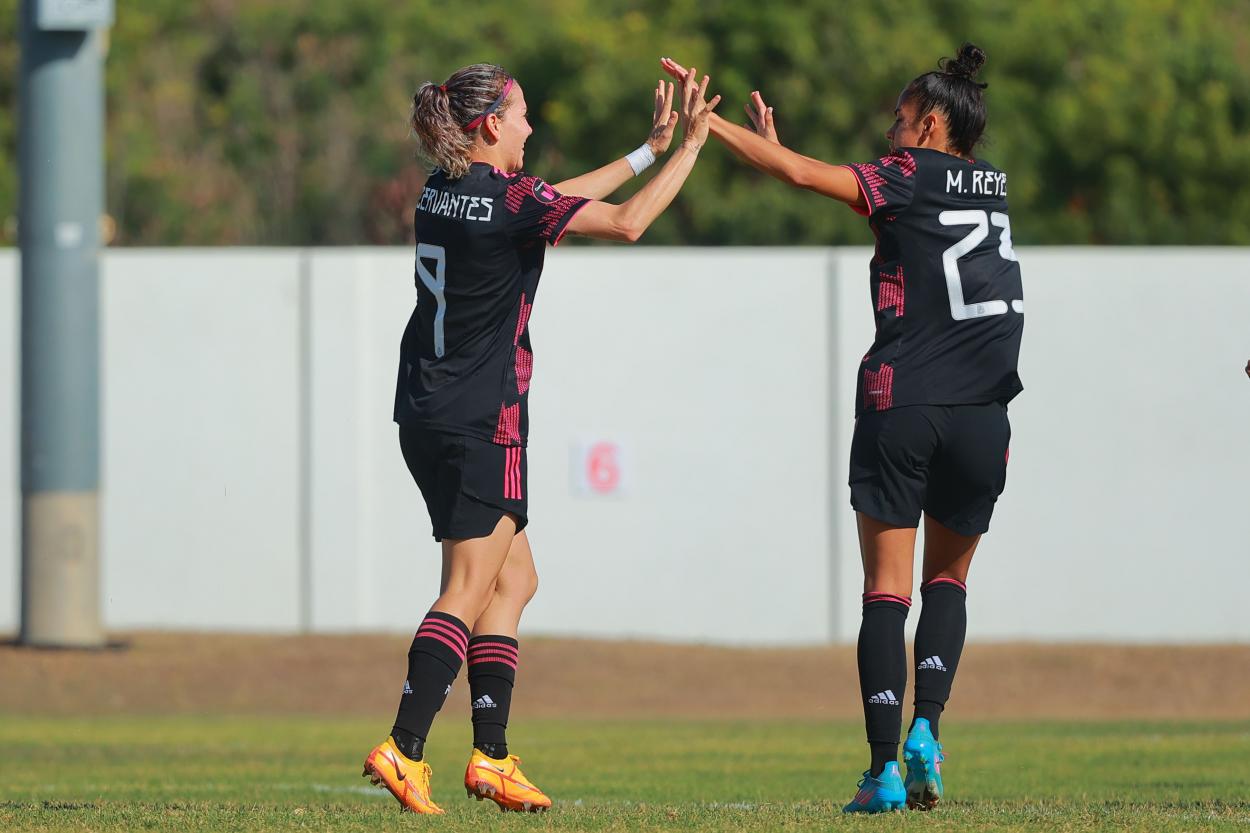 The match will be played at the Nemesio Diez Stadium.

The Mexico Femenil vs Puerto Rico Femenil match will be played at the Nemesio Diez Stadium, located in Toluca, State of Mexico. The stadium has a capacity for 30,000 people.
7:29 PMa month ago