Thanks for following this match on VAVEL USA. Until the next time!
12:04 AMa month ago

Héctor Herrera takes a free kick. His shot goes straight into the hands of Rochet.
11:56 PMa month ago

Alvarado, with a good play on the right, enters the box, but slips and shoots wide.
11:54 PMa month ago

Final stretch of the match. Even with the substitutions, Mexico cannot find clear goal opportunities.
11:51 PMa month ago

Uruguay: Cavani and Matías Vecino are out; Gorriarán and Maxi Gómez are in.
11:48 PMa month ago

Mexico: Alexis Vega and Tecatito Corona are out; Roberto Alvarado and Rodolfo Pizarro are in.
11:46 PMa month ago

Uruguay: Nicolás de Cruz, Facundo Pellistri, and Lucas Torreira are out; Darwin Nuñez, Diego Godín, and Manuel Ugarte are in.
11:41 PMa month ago

Mexico: Arteaga, Gutiérrez, and Angulo are out; Gallardo, Herrera, and Beltrán are in.
11:30 PMa month ago

Néstor Araujo is encouraged with a left-footed shot that goes wide of the goal.
11:28 PMa month ago

Erick Gutiérrez is encouraged with a shot that goes over the goal.
11:19 PMa month ago

TECATITO! A rebound inside the Uruguay box that Corona receives, he cuts inside, but his shot is not powerful enough for Rochet's hands.
10:53 PMa month ago

A pass that looked for Cavani, but Talavera was attentive to cut out the play.
10:30 PMa month ago

First quarter of the match, Mexico has not yet managed to reach the opponent's area. Uruguay has already knocked on the door on a couple of occasions.
10:26 PMa month ago

MEXICO IS SAVED! Three times with three rebounds inside the area that no one manages to connect. The last shot hits the post.
10:22 PMa month ago

Mexico tries with long passes, but Uruguay's defense is well stopped and does not allow them to enter the area.
10:18 PMa month ago

The Uruguayans try to take possession of the ball in this first half, touching the ball with several passes.
10:12 PMa month ago

Both teams take the field at State Farm Stadium and the kickoff protocol begins.
9:55 PMa month ago

Stay tuned! The match between Mexico and Uruguay is about to begin.
9:52 PMa month ago 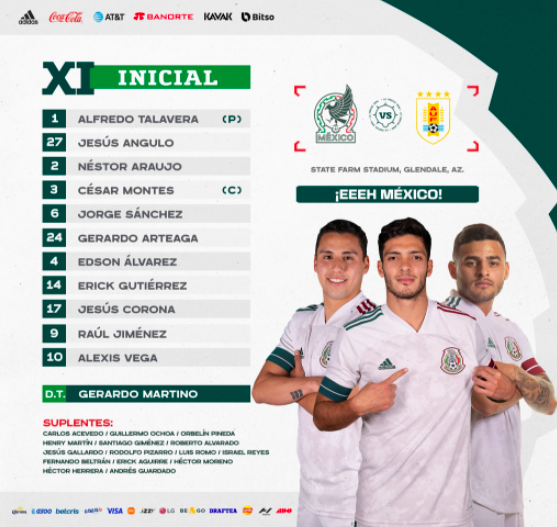 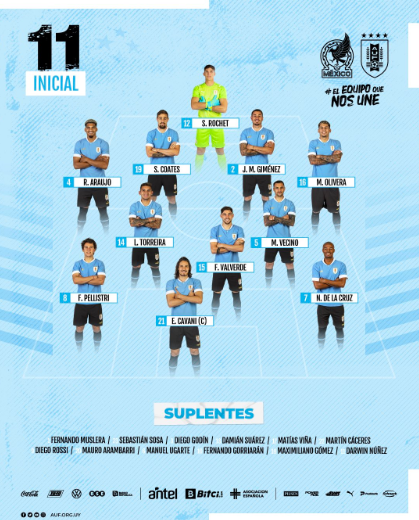 Both the Uruguay and Mexico squads are already on the field at State Farm Stadium warming up for the match, which is just minutes away from kickoff. 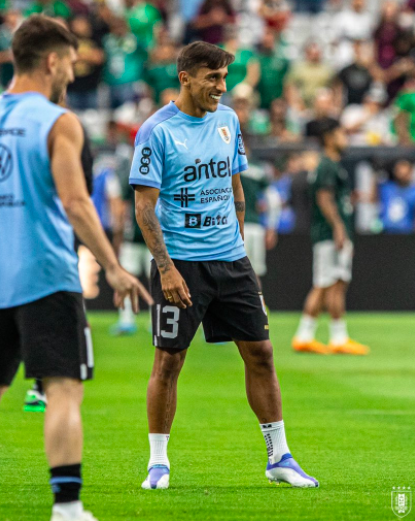 For this match, the Uruguayan national team will be without Luis Suárez, Rodrigo Bentancur and Nicolás López due to muscular discomfort. Meanwhile, Mexico will be able to count on its best players and recovers players such as Raúl Jiménez, Héctor Herrera and Guillermo Ochoa.
9:38 PMa month ago

Will attend the World Cup

Mexico and Uruguay earned their tickets to the Qatar 2022 World Cup after finishing second and third, respectively, in their soccer conferences. At the 2022 World Cup in Qatar, Mexico will share Group C with Argentina, Saudi Arabia, and Poland, while Uruguay will be in Group H with Portugal, Ghana, and Korea Republic.
9:35 PMa month ago

In the most recent match between Mexico and Uruguay, the Charrúas handed Mexico a 1-4 drubbing last September 2018, when Ferretti was interim coach of the Mexican National Team. In fact, it was their first loss to the national team's helmsman.
9:30 PMa month ago

There is a coincidence with today's match since, in 2016, Mexico and Uruguay also faced each other in the city of Arizona. In that match, the Mexican team won 3-1.
9:25 PMa month ago

Diego Alonso, current coach of the Uruguayan national team, has coached Pachuca and Rayados de Monterrey in Liga MX. In fact, nine players from Gerardo Martino's recent call-up have already been coached by Alonso. They are:

They are already at State Farm Stadium! Both Mexico and Uruguay have arrived at the venue that will host this friendly match between the Aztecs and Uruguayans. 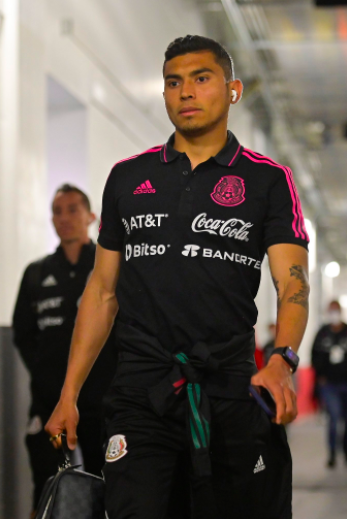 In the history between Mexico and Uruguay, they have met nine times in official matches, counting World Cups, Copa América and Copa Panamericana and the balance is quite even, since the Mexican National Team has won three times, the same amount of victories that the Uruguayans have won and the same amount of draws.
9:10 PMa month ago

The venue for this match between Mexico and Uruguay is the University of Phoenix Stadium, or better known as the State Farm Stadium. This is a stadium that hosts soccer and soccer matches. It is located in the city of Phoenix, Arizona, in the United States. It has a capacity for a little more than 63 thousand spectators and was inaugurated in August 2006. 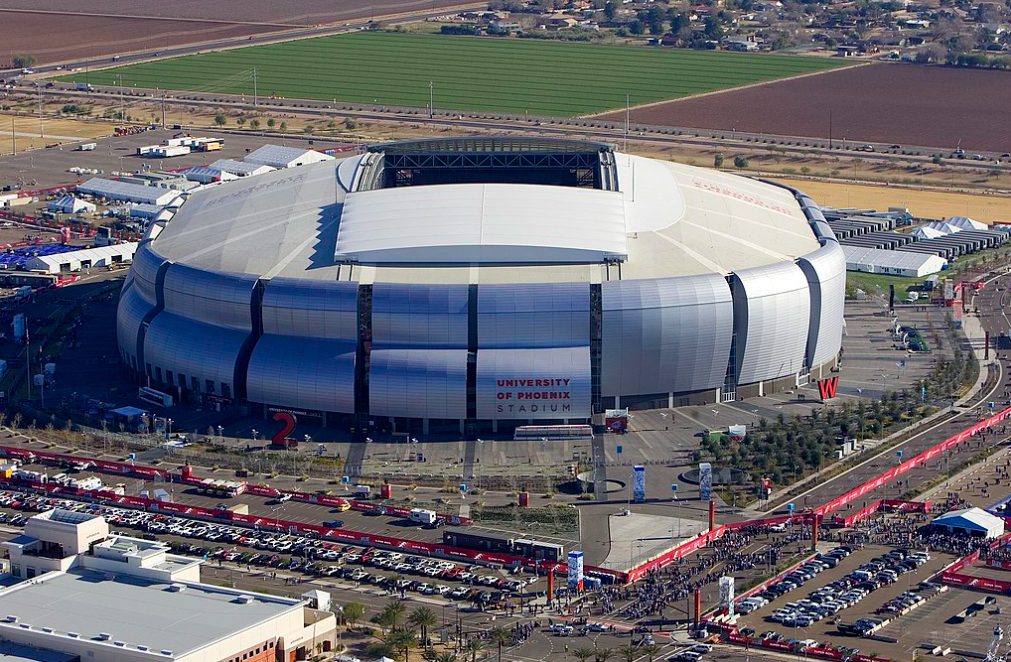 All set! We are just under an hour away from the match between the Mexican National Team and the Uruguayan National Team in a friendly match in order to continue their preparation for the Qatar 2022 World Cup. Mexico has a complicated test when facing one of the best teams in CONMEBOL. Uruguay, on the other hand, wants to continue with their undefeated record and perfect pace. Can the Mexicans pull off a surprise? Follow our coverage on VAVEL USA.
9:00 PMa month ago

Do not miss a detail of the match Mexico vs Uruguay with the live updates and commentaries of VAVEL. Follow along with us all the details, commentaries, analysis and lineups for this match.
8:55 PMa month ago

How to watch Mexico vs Uruguay Live Stream on TV and Online?

If you want to watch the game Mexico - Uruguay live on TV, your options are: TUDN USA and UniMas

If you want to directly stream it: TUDN App and Univision NOW App

Edinson Cavani | In the absence of Luis Súarez for this match due to injury, the now former Manchester United player is the striker to watch out for and the Mexican defensive line should be wary of. At 35 years of age, Cavani will play in what could possibly be his last World Cup and he is taking advantage of these preparation matches to get in shape and arrive in the best shape for the World Cup. Cavani is already a historic South American in the old continent: he is Paris Saint-Germain's top scorer with 200 goals and Napoli's sixth best with 104. The Charrúa striker has a good height to get to head in a set piece in addition to his power to shoot from outside the area. Undoubtedly, the player who will have to have a good mark to avoid his goals. 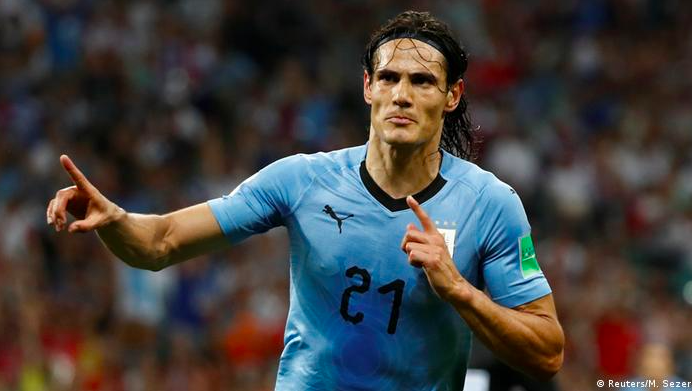 Erick Gutierrez | This midfielder, a midfielder of the Tuzos del Pachuca and current player of PSV, is one of the most outstanding players in this call-up as far as players playing in the old continent are concerned, however, Guti wants to fill Martino's eye since his place is not totally assured to go to the World Cup in Qatar. That is why this match against Uruguay will be a good test for the talent of Erick Gutiérrez to be present in the midfield of the Mexican national team. Great qualities to go forward and above all to contain the opponent's offense, will be good qualities to stop the Charrúa attack. 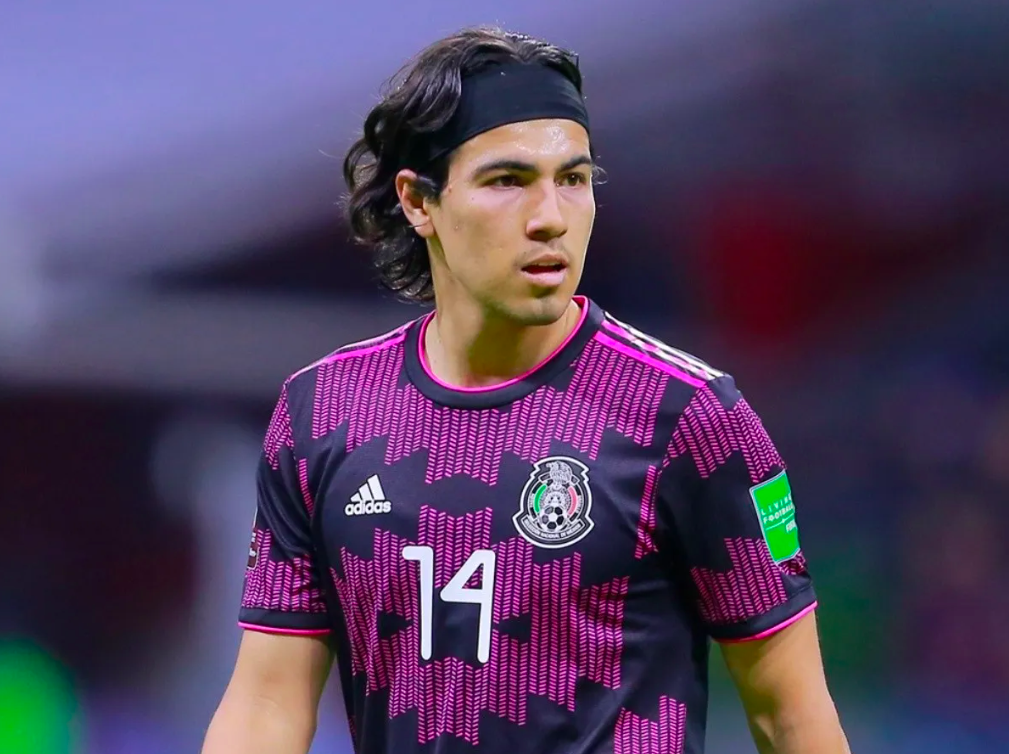 History of Mexico vs Uruguay

In official matches, Mexico and Uruguay have met nine times, including FIFA World Cups, Copa América and Pan American Championship. In World Cups, they met in the 1966 World Cup in England with a goalless draw and in the 2010 World Cup in South Africa with a narrow victory for Uruguay.
8:25 PMa month ago

On the other hand, the Uruguayan national team coached by Diego Alonso has had a great start this year, as out of the four matches it has played in 2022, it has obtained four victories, all of them since Diego Alonso's arrival. La Celeste qualified for the World Cup in Qatar by finishing third in the CONMEBOL Qualifiers behind only Argentina and Brazil. In its most recent match, the Uruguayan national team is coming off a late 2-0 win over Chile, with goals from Luis Suárez and Federico Valverde at 79' and 90' respectively. 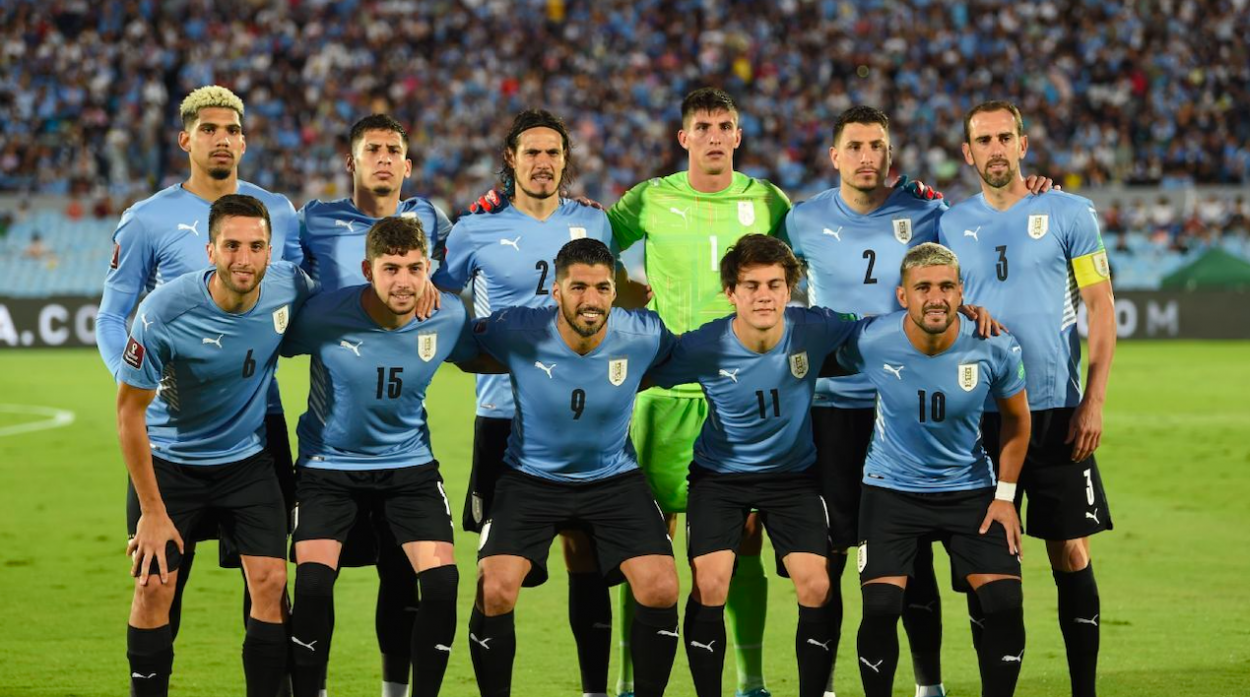 Mexican National Team: To give the surprise

The Mexican team coached by Gerardo 'Tata' Martino has two friendly matches pending and, without a doubt, this is the most difficult opponent. Prior to playing the CONCACAF Nations League, Mexico had three matches scheduled. The first match ended in a 2-1 victory against Nigeria, where the goals were scored by Santiago Giménez at 12' and an own goal by William Troost-Ekong at 56'; on the Nigerian side, Cyriel Dessers scored the equalizer. Mexico is undefeated during this 2022, so this match against Uruguay could be a difficult test today. 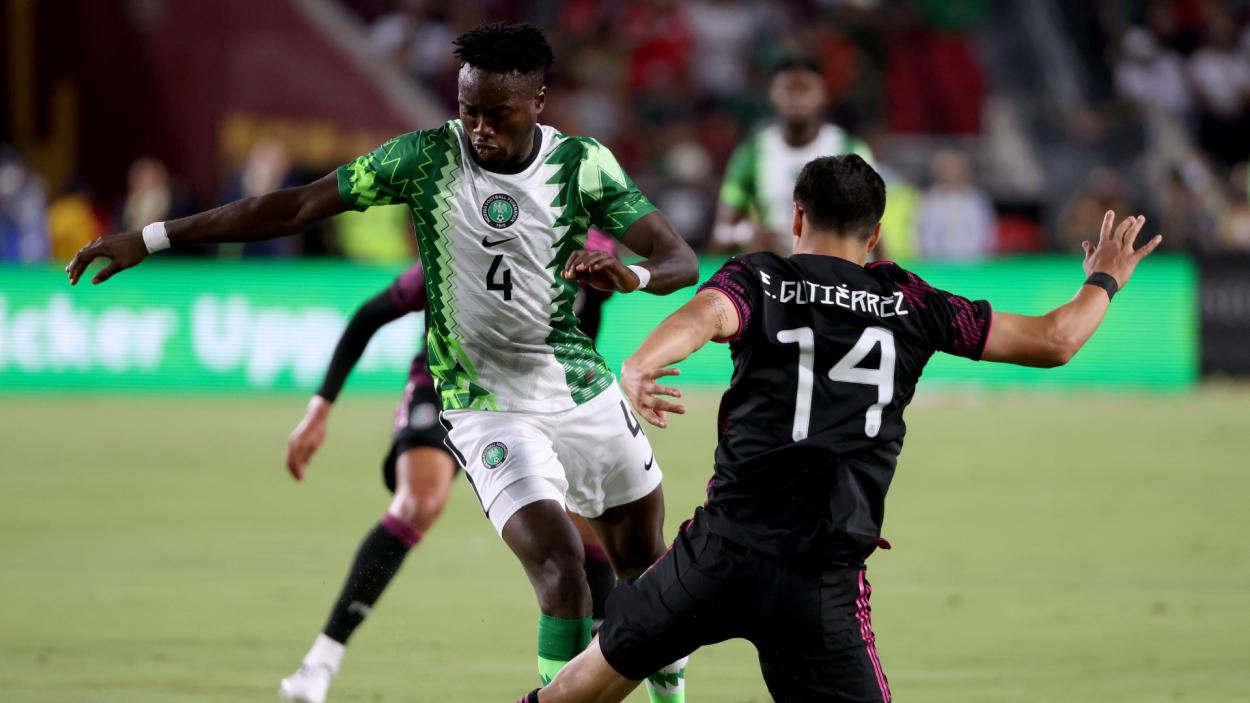 The match will be played at the State Farm Stadium

The friendly match between Mexico's National Team and Uruguay's National Team will be played at the State Farm Stadium, in the city of Phoenix, Arizona, United States. Kick-off is scheduled for 10:00 pm (ET).
8:10 PMa month ago

We are ready for the soccer recess of the local leagues around the world, however, there is a lot of activity in terms of friendly matches and tonight, we will have a very attractive match that will face two of the most important teams in CONCACAF and CONMEBOL. The Mexican national team will be looking for a win to continue with its preparation matches for the Qatar World Cup and this time it will face the Uruguayan national team, which is undoubtedly one of the most historic and best teams in its confederation. A great match between both teams awaits us today.