SHE2
END19 hours ago

THANK YOU FOR FOLLOWING THE COVERAGE ON VAVEL

Thank you for following VAVEL's coverage of England Women vs Austria Women, corresponding to the first match of UEFA Women's Euro 2022. Keep visiting the VAVEL website to keep up to date with what's happening in the world of sports.
4:58 PMa month ago

The match ends from Old Trafford, the home of dreams dressed up for England's 1-0 victory over Austria.
4:45 PMa month ago

England continue to dominate the game and with 7 minutes to go, it looks like the Londoners will take the win.
4:30 PMa month ago

Alessia Russo tried to put the second on England's tally but her shot/cross just went wide.
4:23 PMa month ago

England continue to dominate the ball, however, they have started to become desperate to find a way to attack their opponents and have begun to split the ball left and right.
4:15 PMa month ago

The second half begins, England continues to lead by the minimum and will be looking to extend the advantage. On the other hand, Austria is looking for an equalizer.
3:50 PMa month ago

The first half ends between England and Austria, the home team leads by the minimum since the 17th minute.
3:39 PMa month ago

Kirby looked for Hemp for a low cross, however, Hemp did not make a good control and his shot went wide of the post.
3:25 PMa month ago

GOOOOOOOOOOOOOOOOOL FOR ENGLAND! The Londoners take the lead thanks to a great definition by Mead.
3:14 PMa month ago

Maed has a header but the ball goes into the stands. England dominate the game as they wish.
3:12 PMa month ago

Hemp sends a shot that goes just wide of the post and Austria is saved. A great atmosphere at Old Trafford.
3:04 PMa month ago

The match kicks off from the theater of dreams, England welcomes Austria at home to open Euro 2022.
2:45 PMa month ago

In a few moments we will start with the rebroadcast of England Women vs Austria Women, a match corresponding to the group stage of sector A of the Women's EURO 2022.
2:42 PMa month ago

IS THERE A MATCH FOR THIRD PLACE?

For this Women's EURO 2022, the match for third place will not be played. So there will only be first and second place, i.e., champions and runners-up of the tournament.
2:41 PMa month ago

These are the lineups that England and Austria are sending to the field for this first match of the Women's EURO 2022 in London.

🔢 Here's how England and Austria line-up for the big opener!

Who are you excited to see in action at Old Trafford? ✨#WEURO2022

WHERE TO WATCH THE COMPETITION

The match can be enjoyed on ESPN or the Star+ streaming service in Latin America. You can also follow the minute by minute here on VAVEL Mexico so you don't miss every detail of this UEFA Women's Euro 2022 opening match.
2:31 PMa month ago

THE CANDIDATES TO WIN THE TROPHY

The favorites to win the tournament are the locals, i.e. England, followed by the defending champions, the Netherlands and the finalists of the 2019 World Cup and the eight-time champion Germany. Also, underdogs Sweden, Denmark or Norway could be one of the teams that want to take the World Cup home.
2:26 PMa month ago

HOW WILL THE COMPETITION BE PLAYED?

In total, the competition will feature the participation of 16 selected teams with a total of 31 matches to be played, with a format similar to that of the 2017 edition held in the Netherlands. There will be four zones of four teams, in which the two best teams in each zone will advance to the next stage.
2:21 PMa month ago

The England women's national team has 14 matches without defeat under the command of Sarina Wiegman, with 12 wins and only 2 draws. They are undoubtedly one of the toughest contenders to beat in the tournament.
2:16 PMa month ago

FROM WHEN TO WHEN THE TOURNAMENT WILL TAKE PLACE

The UEFA Women's EURO 2022 Championship to be held in England will take place from Wednesday, July 6 to Sunday, July 31 and 16 women's teams will participate in the tournament.
2:11 PMa month ago

The wait is over, the UEFA Women's EURO kicks off with the duel between England and Austria at the legendary Old Trafford. This will be a great game as both teams are favorites to win this year's edition and are in sensational form, so the spectators could not have had a better opening.
2:06 PMa month ago

Do not miss a detail of the match with the live updates and commentaries of VAVEL. Follow along with us all the details, commentaries, analysis and lineups for this England vs Austria match.
2:01 PMa month ago

What time is England vs Austria match for UEFA Women’s EURO 2022?

This is the start time of the game England vs Austria of 6th July in several countries:

Watch out for this Austrian player:

For this duel, center forward Nicole Billa will be in charge of commanding Austria's attack and the player to watch throughout these 90 minutes. The 26-year-old striker currently plays for Hoffenheim in the German women's league and is one of the top scorers in German football, so England's defense will have to watch out for this real goal scorer. 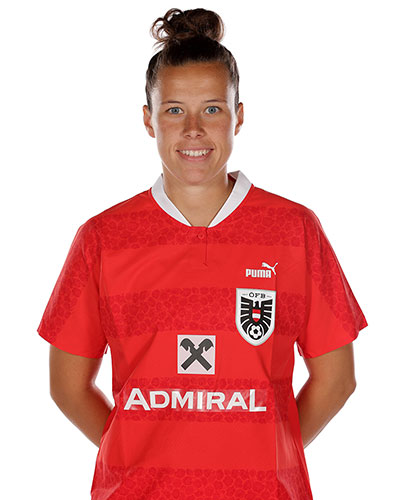 Watch out for this England player:

For this match, Manchester United women's star and center forward Alessia Russo will be the player to watch throughout these first 90 minutes of the group stage. At 23 years of age and with an outstanding career in women's soccer in England where she has played in very important teams, she has earned a place in her national team because she has been able to dominate the movements inside the box to generate danger and score goals for the nation of the three lions, so she will be the player to watch for this duel. 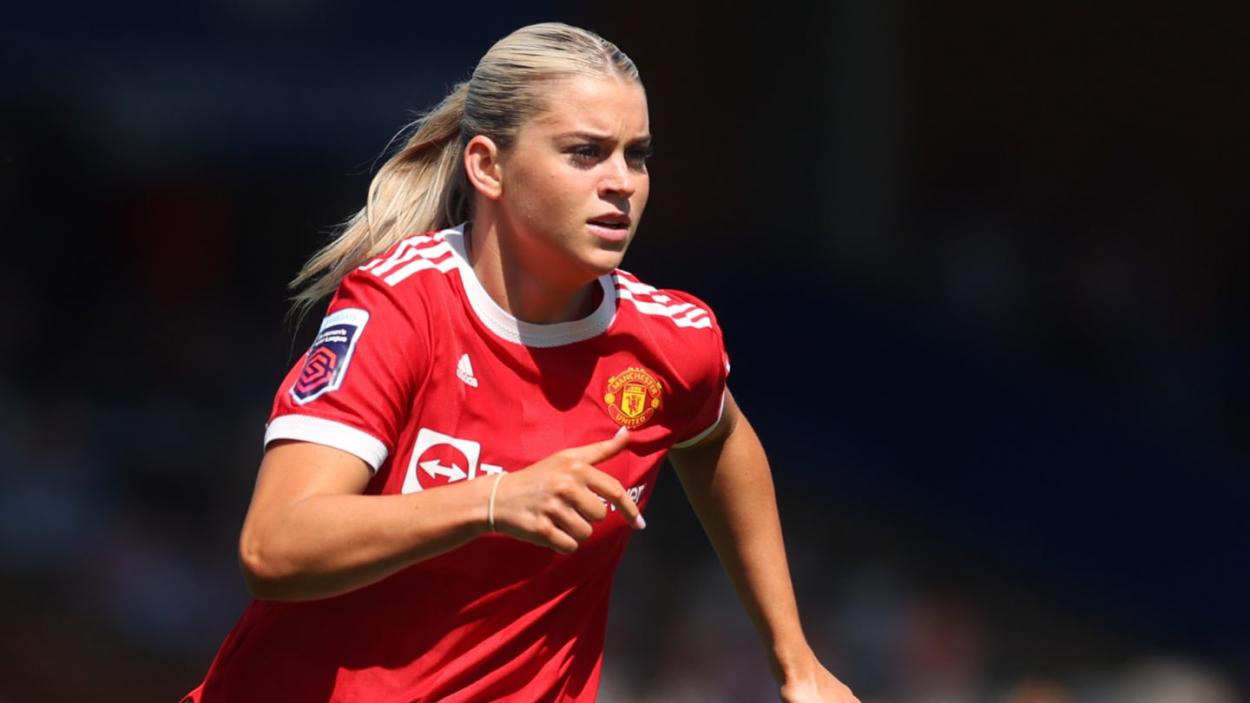 Old Trafford is a soccer stadium located in Old Trafford, Greater Manchester, in the North West region of England, and the home of Manchester United. With a capacity of 76,000 it is the largest club soccer stadium (and the second largest soccer stadium overall after Wembley Stadium) in the United Kingdom, and the eleventh largest in Europe. It is approximately 800 meters (0.5 miles) from Old Trafford Cricket Ground and the adjacent streetcar stop.

The stadium has hosted FA Cup semi-finals, England matches, matches at the 1966 World Cup, Euro 1996 and the 2003 Champions League Final, as well as the Rugby League Super League Grand Final and the final of two Rugby League World Cups. It also hosted soccer matches at the 2012 Olympic Games, including women's international soccer for the first time in its history.

Austria is looking for a surprise

The Austrian national team is also one of the strong candidates to qualify and transcend in this Women's European Championship, in the qualifiers for the World Cup they stood out a lot where the only match where they lost was precisely against today's rival, England. In their friendly duels in preparation for this tournament, they only lost to Denmark 1-2, the remaining two they won with Belgium and Montenegro being the victims.
1:26 PMa month ago

The England national team will seek to make the home advantage of this Eurocup and win the championship at home and with their people, but to do so, they must beat Austria in their presentation match and get their first three points of this Eurocup, also, the English have proven to be one of the candidate teams to win the competition because in the qualifiers for the Women's World Cup they have swept to get the ticket and in their friendly matches in preparation for this Eurocup, they won all their matches by more than three goals and keeping a clean sheet.
1:21 PMa month ago

The battle for the UEFA Women's EURO begins

The UEFA Women's Championship is underway and the participating teams will seek the mission of winning the tournament to be crowned as the new queens of Europe. This time, the Women's European Championship will return to the place where soccer was born, England, and only a few of them will be able to rise to the top at the mythical Wembley Stadium, but to do so, they must first get through the group stage and start adding up to qualify for the knockout rounds.
1:16 PMa month ago

Good afternoon to all VAVEL readers! Welcome to the live broadcast of the England vs Austria match, corresponding to the group stage of the UEFA Women's EURO 2022. The match will take place at Old Trafford at 14:00.
1:11 PMa month ago

The England vs Austria match will be played at Old Trafford, in Manchester, England. The kick-off is scheduled at 15:00 pm ET.
1:06 PMa month ago

Welcome to VAVEL.com’s LIVE coverage of the UEFA Women’s EURO 2022: Englad vs Austria!

Philadelphia Union 1-4 Chicago Fire: Understandable have a nice day a day ago
//