This was Jamaica's fourth goal

Thank you for following the CONCACAF Women's Pre-World Cup 2022 game between Jamaica and Haiti.
11:46 PMa month ago

Spence with a header in front of two defenders that hits the goalkeeper's far post to make it 4-0.

They review the play and rule that there is no penalty kick in favor of Haiti.
11:26 PMa month ago

Shaw powerfully takes the penalty kick and it goes into the back of the net for the 3-0 lead.

There is a penalty kick in favor of Jamaica for a handball by the Haitian defender.
11:11 PMa month ago

Louis' shot and once again the Jamaican goalkeeper appears to make the save.
11:06 PMa month ago

Dumornay's mid-range shot is deflected by the goalkeeper and the ball hits the post. Haiti close.
10:56 PMa month ago

Shaw with a shot from outside the area with the complicity of the goalkeeper and increases the difference 2-0.

Still with the alternating dominance in these first minutes, although Jamaica was more insistent in the search to extend the lead.
10:46 PMa month ago

The second half begins between Jamaica and Haiti.
10:41 PMa month ago

Mathurin of Haiti has been cautioned.

One more minute is added.

Borguella's shot from outside the area went just wide.
10:31 PMa month ago

There is one Jamaican player left on the field and play is stopped for a few moments.
10:26 PMa month ago

Louis turns and hits a cross, but the ball goes wide.
10:21 PMa month ago

Trudi Carter with a cross shot that bounces off the goalkeeper and into the back of the net for the 1-0 lead.

A shot from half distance is deflected wide and Jamaica will have a corner kick in their favor.
10:11 PMa month ago

Shaw's cross from a direct free-kick is sent to the goalkeeper's hands.
10:06 PMa month ago

Jeudy's cross shot hits the base of the post near Haiti.
10:01 PMa month ago

Cárter's through ball was headed by Cárter and she missed the keeper's one-on-one, although there was a previous offside.
9:56 PMa month ago

Shaw again shoots inside the box, but the ball goes over the goal.
9:51 PMa month ago

Shaw's half-volley is saved by the goalkeeper at the near post.
9:46 PMa month ago

The Haitian striker can't get a shot off a delayed diagonal and the ball goes wide.
9:41 PMa month ago

The game between Jamaica and Haiti women begins.
9:36 PMa month ago

We are minutes away from the start of the game between Jamaica and Haiti at BBVA Stadium, home of the Monterrey Rayadas.
9:31 PMa month ago

We will be keeping an eye on what happens between Mexico and the United States, as this game could have repercussions on this match.
9:26 PMa month ago

The group stage closes with this game, will Haiti be able to repeat another victory?

What will be the final result of 🇯🇲 vs 🇭🇹? #CWC

What does Haití need?

While Haiti needs to win to finish second, a draw is also good enough. If they lose, they will be out of the semifinals and would need Mexico not to beat the United States to advance to the intercontinental playoff.
8:56 PMa month ago

What does Jamaica need?

Jamaica needs to win to secure second place in the group, draw to be third and play in the playoffs or even lose, provided Mexico does not beat the United States.
8:51 PMa month ago

Jamaica and Haiti are playing for a place in the next round in a duel that at the beginning did not look like anything and now a lot of things are at stake. We begin with VAVEL's coverage of the CONCACAF Women's World Cup.
8:46 PMa month ago

Do not miss a detail of the match with the live updates and commentaries of VAVEL. Follow along with us all the details, commentaries, analysis and lineups for this Jamaica Women’s vs Haiti match for the 2022 CONCACAF W Championship on VAVEL Us.
8:41 PMa month ago

What time is Jamaica Women’s vs Haiti match for 2022 CONCACAF W Championship?

This is the start time of the game Jamaica Women’s vs Haiti of July 11th in several countries:

Roselord Borgella was the striker who opened the scoring in the win over Mexico and her good technique and finishing ability in the box, as she did in the qualifiers prior to this pre-World Cup, will be key to Haiti's second win in a row.
8:31 PMa month ago

One of the most experienced and technical players is Khadija Shaw, who will need to have constant contact with the ball with her feet to capitalize on space and take advantage of her speed to generate damage. 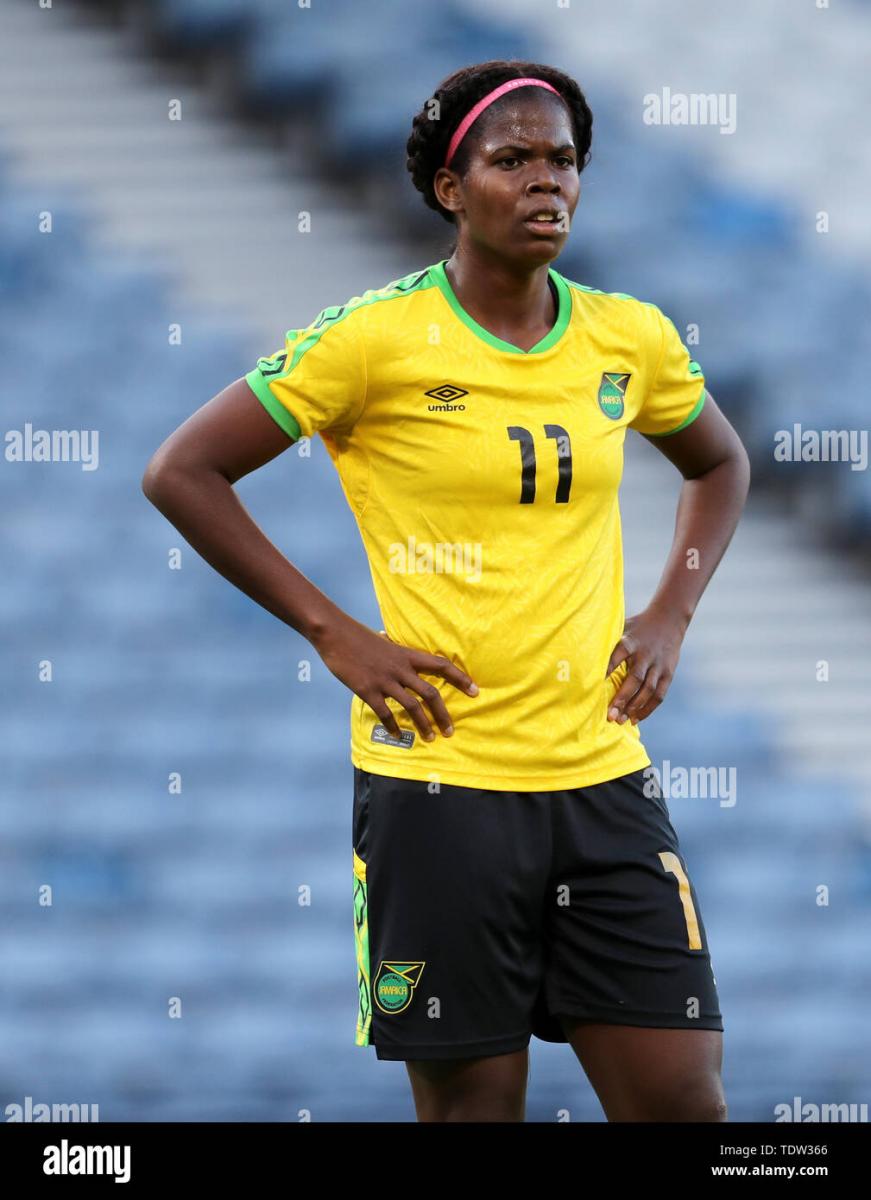 Apart from the loss to the United States on the first matchday, Haiti has shown that it is growing by leaps and bounds and after the 3-0 drubbing by Mexico, they have in their hands to qualify as second in the group if they win or draw, so they should not fall into overconfidence after the drubbing they got in the last game.
8:11 PMa month ago

Jamaica: to be convincing

The goal difference does not help Jamaica for this game, so if they want to qualify directly to the World Cup they will have to win the game, and they also want to stay alive for the possibility of qualifying to the Olympic Games.
8:06 PMa month ago

The Jamaica Women’s vs Haiti match will be played at the BBVA Bancomer Stadium, in Monterrey, Mexico. The kick-off is scheduled at 22:00 pm ET.
8:01 PMa month ago

NYCFC vs Charlotte FC preview: How to watch, team news, predicted lineups, kickoff time and ones to watch 15 hours ago