Milan scores 2 goals in only 4 minutes and they are taking the victory.
3:40 PM4 months ago

Empoli's goal from a free-kick is the equalizer.
3:30 PM4 months ago

Last minutes of the match Milan is taking the 3 points.
3:26 PM4 months ago

The scoreboard does not move and the teams have stopped attacking.
3:10 PM4 months ago

Empoli makes changes to try to be more offensive.
3:05 PM4 months ago

Empoli continue to keep possession of the ball and look to generate danger.
3:01 PM4 months ago

AC Milan tries to regain the ball pressure that Empoli has been keeping.
2:54 PM4 months ago

Empoli starts with intensity this second half.
2:52 PM4 months ago

In the last minutes of the first half, everything indicates that we will go to the break with a draw.
2:19 PM4 months ago

The intensity of the match drops a little and the game becomes more difficult, there are not many dangerous chances.
2:13 PM4 months ago

AC Milan stifles Empoli and the first goal is within reach
2:07 PM4 months ago

Empoli tries to come out playing but AC Milan immediately prevents it.
2:03 PM4 months ago

The scoreboard does not move and the tie continues.
1:59 PM4 months ago

AC Milan is closing in on the first goal of the match.
1:52 PM4 months ago

Milan is the team that begins to generate plays, but still without danger.
1:48 PM4 months ago

First minutes of the match and the teams begin to study each other.
1:45 PM4 months ago

The match between AC Milan and Empoli kicks off.
1:35 PM4 months ago

Great entrance at the Carlo Castellani, an almost full house for this match.
1:25 PM4 months ago

The warm-up is over and the players are already receiving the last words from the coach before the start of the match.
1:20 PM4 months ago

This is how the dressing rooms look, with Milan in their white uniforms, while Empoli will be in their blue uniforms.

The away dressing room at the Castellani 📸#EmpoliMilan #SempreMilan pic.twitter.com/zf1wD6tuVh

This is AC Milán lineup: 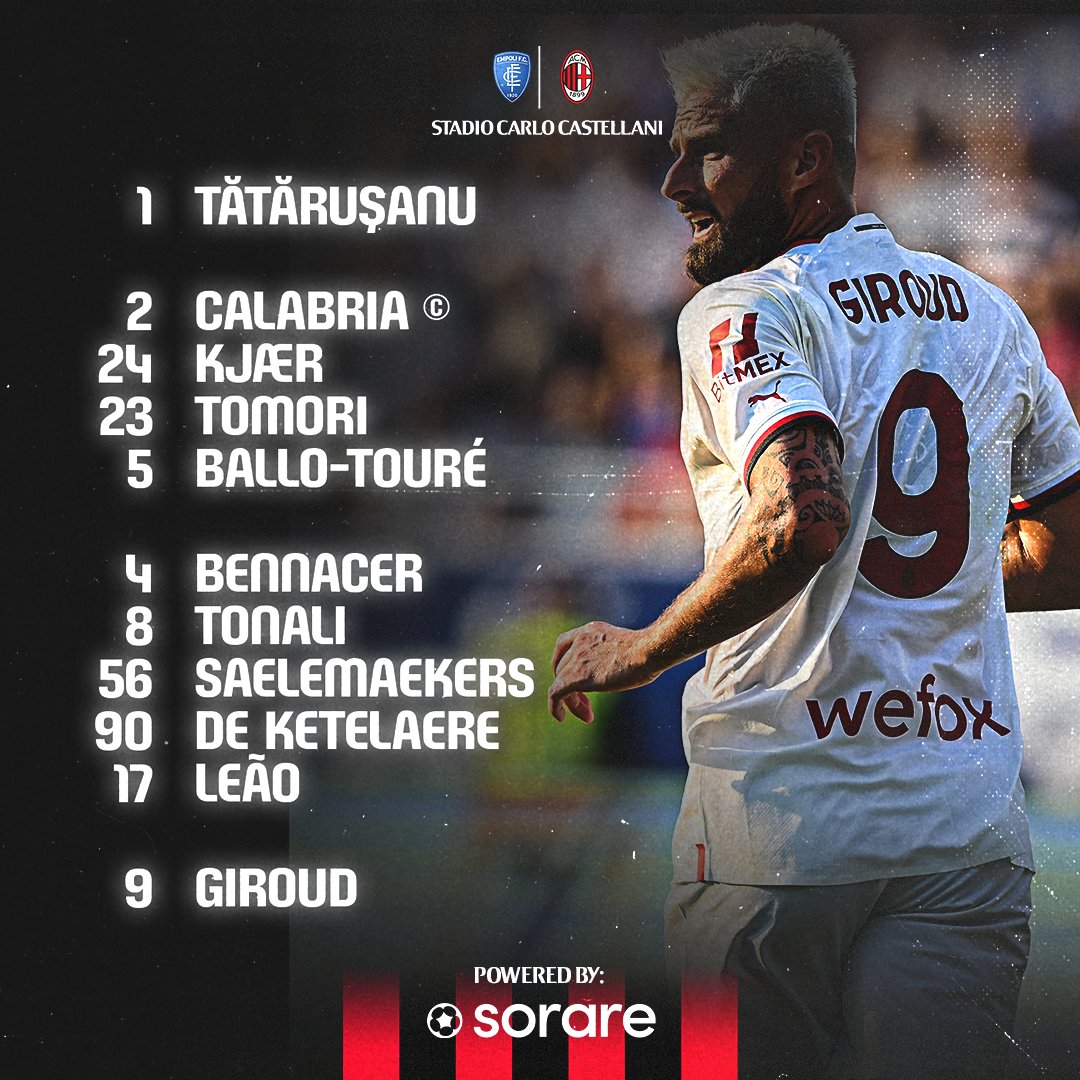 The players are already at the stadium

The two teams are already at the Carlo Castellani and are getting ready to warm up, as the match gets closer and closer to kick-off.
1:00 PM4 months ago

Gradually the fans arrive at the Carlo Castellani, a great entry is expected for one of the most exciting matches of match day 8 in Serie A.
12:55 PM4 months ago

In a few moments we will share with you the starting lineups for Empoli vs AC Milan live, as well as the latest information from the Stadium Carlo Catellani. Keep an eye on the action with VAVEL Mexico's minute-by-minute live online coverage.
12:50 PM4 months ago

The match will be televised on ESPN.
Empoli vs AC Milan can be tuned in from Star+ live streams.

If you want to watch the match live online in VAVEL Mexico is your best option.

What time is Empoli vs AC Milan match day 8 in Serie A?

This is the kickoff time for the Empoli vs AC Milan match on October 1, 2022 in several countries:

It is a multipurpose stadium located in Empoli, Italy, has a capacity for 16 thousand spectators and was inaugurated on September 12, 1965, is one of the stadiums with less capacity in Serie A, but certainly one of the most historic, will be the stadium where Empoli and AC Milan will face each other in Day 8 of Serie A.

The central referee who will be in charge of dispensing justice in this important match will be referee G. Aureliano.
12:30 PM4 months ago

Both teams will have very sensitive casualties, for Empoli players Lorenzo Tonelli and Tommaso Baldanzi will not see activity, while for AC Milan, there are also important players who will not see activity tomorrow are the case of Theo Hernandez and striker Zlatan Ibrahimovic, all these players will not be able to play due to injury, no doubt very important casualties that will be noticed on the field tomorrow.
12:25 PM4 months ago

The record is leaning towards AC Milan, as in the last 10 games, the record shows 5 wins for Milan, 4 draws and only one win for Empoli, so tomorrow AC Milan will be favored to take the 3 points and move up 2 more places in the overall Serie A table.
12:20 PM4 months ago

23 years old striker born in Portugal, he has 6 games played in the current tournament and 3 goals scored and 3 assists, a future striker of the Milan squad, a tall player, skilled and with a nose for goal like few others, he already debuted with the Portugal senior national team having 11 goals scored with no goals, he is the promises of both Milan and his national team, and will seek tomorrow to give the 3 points to his teams in the 8th match day of Serie A.

He is a 21 year old Uruguayan striker, in the current tournament in Serie A, he has 7 games played and one goal scored, he is a national team player with Uruguay although he only has one game played without goals, a striker who is looking to shine with Empoli in this tournament being one of the referents of the Italian team. 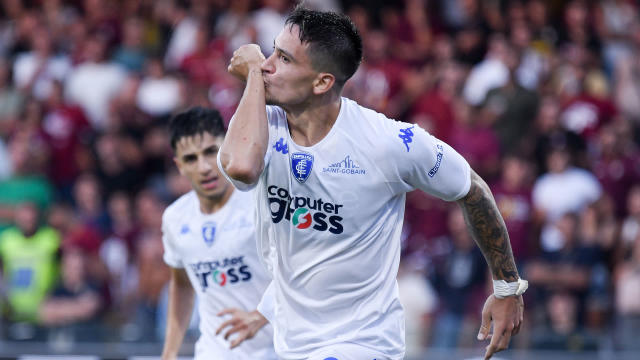 How does AC Milan arrive?

AC Milan is in 5th position with 14 points and a record of 4 wins, 2 draws and a loss, if they win they could move up to 3rd position, they just lost 2-1 against Napoli, in a match full of emotions and goals, Milan will try to have a good tournament fighting for the top places and looking to qualify for the UEFA Champions League.
12:05 PM4 months ago

How does Empoli arrive?

Empoli comes into this match in 14th position with 7 points and a record of 1 win, 4 draws and 2 defeats, a team that has a difficult task in this start of the Serie A tournament, coming from defeating Bologna by the smallest difference with a goal by Fillipo Bandinelli, certainly a team that will have many complications in the tournament.
12:00 PM4 months ago

Welcome to the Empoli vs AC Milan live stream, corresponding to the 8th match day of the Serie A. The match will take place at the Stadium Carlo Castellani, at 13:45.