We hope you enjoyed this great Tottenham vs Leeds United game that left us with great emotions.

Continue on VAVEL for much more from the world of soccer and other sports.

Enjoy the great play by Kulusevsky that practically left Betancour alone to make the goal that gives Spurs three points.

The tie near the end

With this powerful shot, Betancour leveled the score at three goals in the final stretch of the game.

The game ends and the victory is for the Spurs! Marching on sounds at the stadium and the fans end up very happy for Tottenham's comeback. Awesome!
11:47 AM3 months ago

Direct red card for Adams for a foul on a counterattack where he was shown the second yellow card.
11:44 AM3 months ago

Impressive play by Kulusevski in the penalty area, who beat a defender at speed and put in an assist that left Betancour practically alone and he made no mistake to score the goal that could give Spurs the victory.
11:41 AM3 months ago

A cross into the box is cut out by a Leeds defender but the ball falls to Betancour who controls with his chest and finishes without letting the ball bounce to level the score.
11:38 AM3 months ago

Sanchez's powerful shot goes over the top of the goal.
11:37 AM3 months ago

Once again, Rodrigo was on the receiving end of a through ball on the left of the box and crossed perfectly to beat Lloris.
11:23 AM3 months ago

Kulusevski's pass is very good for Kulusevski, who shoots inside the box with his left foot but the ball goes wide.
11:20 AM3 months ago

Good free kick by Greenwood that goes just over the crossbar.
11:19 AM3 months ago

This was Rodrigo's definition that gave him the lead just before the end of the first half.

A series of bounces in the box ended with a powerful shot by Davies that hit the goalkeeper and ended up in the goal.
11:07 AM3 months ago

The first half ends with a partial lead for Leeds United.
10:58 AM3 months ago

Tottenham made a mistake at the start and after a double header the ball was left to Rodrigo inside the box for Leeds to regain the lead on the scoreboard.
10:40 AM3 months ago

Meslier's cross into the area is easily caught by Meslier.
10:37 AM3 months ago

In this way the Leeds player gave his team the lead in the first minutes of the game.

A fortuitous play after a corner kick for Harry Kane, who latches on to the ball and finishes with a powerful right-footed shot at the near post.
10:21 AM3 months ago

Great play in the box that ends with an unmatched through ball to Royal but the Spurs player blows the ball away.
10:16 AM3 months ago

A shot at the near post is well saved by Meslier.
10:13 AM3 months ago

A great effort by Summerville, who broke into the box, beat a defender at speed and scored a powerful finish at the near post.
10:07 AM3 months ago

Match kicks off at Tottenham Stadium!
9:45 AM3 months ago

The last time these two teams faced each other was on February 26 of this year, a match that resulted in a score of 0-4 in favor of Tottenham.

Therefore, a very intense duel is expected where both teams will want to win.

They will be in charge of directing the actions for this afternoon's match between Tottenham and Leeds:

With very focused faces, the Leeds United players arrived on the pitch, and in a few moments they will begin their warm-up.

The visitors will also be looking to take all three points with these starters on the field:

The home team will take the field with the following starting 11:

The home side have good offensive numbers, with a total of 27 goals scored so far this season which is largely due to their ball handling, as they average an 84% pass success rate on the season. This contrasts somewhat with Leeds United's 76%.
9:04 AM3 months ago

Spurs Stadium is in great shape for this afternoon's game.

In a few moments we will present the match LIVE, all the details, the latest news and much more... Stay tuned to VAVEL to know the line-ups of the match before anyone else!
7:26 PM3 months ago

Don't leave here to follow Tottenham vs. Leeds United in the Premier League on VAVEL

In a few moments we will present you all the details: data, statistics and the latest news of the match, in addition to the best coverage that you will surely love, we will also leave you the best moments and video annotations so that you can enjoy them again and again. Stay with us!
7:21 PM3 months ago

The match will not be broadcast on television for USA.

To follow the broadcast on digital platforms, you can find it at Peacock.

If you prefer to follow it LIVE on the internet, remember that VAVEL USA is your best option to do it.

The visitors used these items as starters for their last match:

This is how the home team came out to face their rival in the match of the previous day:

Rodrigo Moreno is in a great scoring moment for the English team, since he currently has seven goals so far this season.

He will have to be present in the Leeds offense so that the team can face one of the biggest in the Premier League. 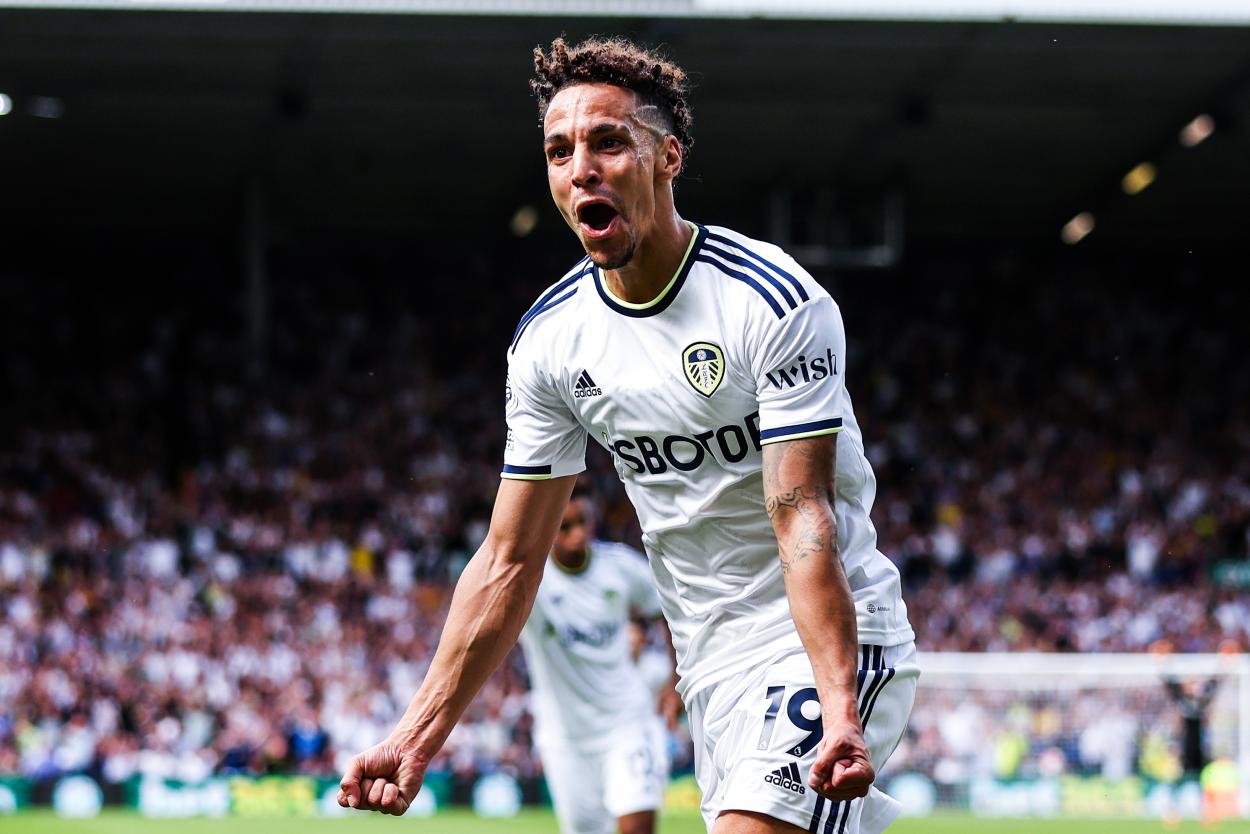 One of the best players in the Premier League this season has been Harry Kane, who is already preparing for the World Cup and will want to continue scoring goals.

He currently has a total of 11 goals this season, so he will want to continue down this same path for the biggest competition in international soccer. 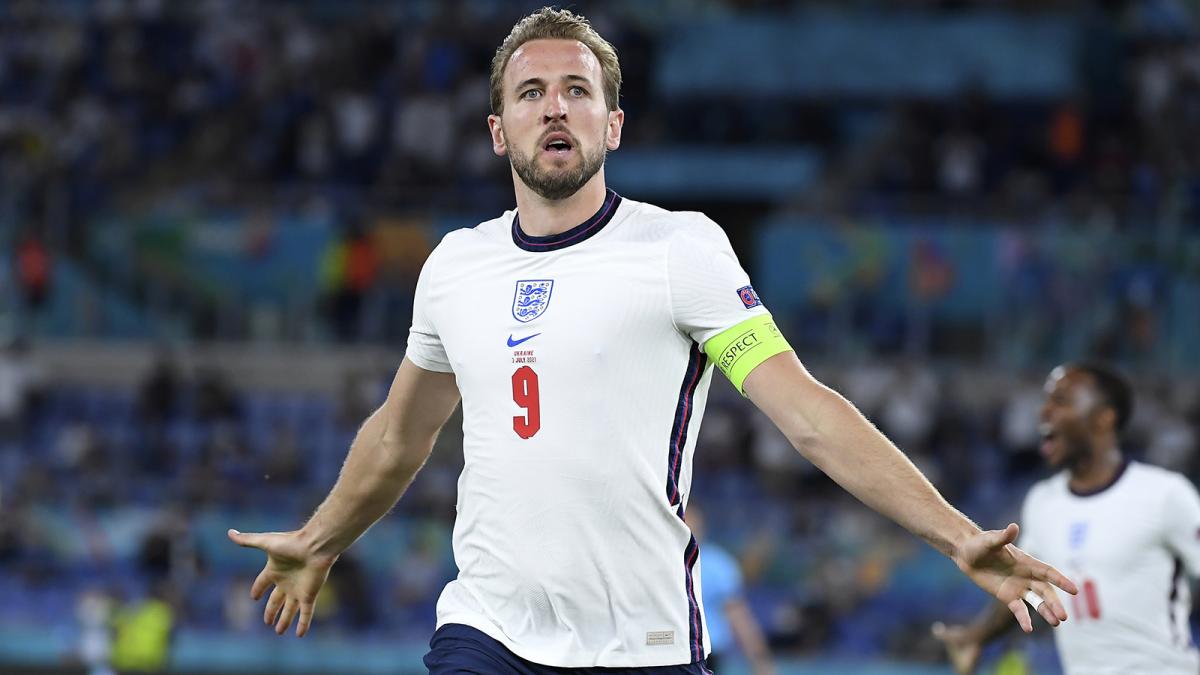 The visiting team wants to add units to avoid relegation and climb to qualifying positions for some European competition.

In fact, in their last Premier League match, they took a 4-3 victory in an emotional match against Bornemouth. Will they manage to repeat the victory?

With two straight losses, the home team will want to get back on the winning path so they can pick up points to help them finish in the top four of the tournament.

Unfortunately in their previous game they were beaten by Liverpool by a score of 2-1 in which Kane scored the stoppage goal for Spurs.

The match will be played at the Tottenham Hotspur stadium

The Tottenham vs Leeds United match will be played at the Tottenham stadium, in London, United Kingdom with a capacity of 60,850 people.

In this first level stadium, the home games of Tottenham Hotspur Football Club of the English Premier League are played and its inauguration date was April 2019.

This property does not have much history due to its recent construction, which was built in the same place as its predecessor, White Hart Lane.

Thanks to the number of spectators it can hold, it is the seventh largest stadium in the United Kingdom and the third largest in the Premier League, behind only Old Trafford and the London Olympic Stadium.

It was officially inaugurated on April 3, 2019 with a match between Tottenham and Crystal Palace corresponding to the thirty-first day of the Premier League, where Son Heung-min, a Spurs player, scored the first official goal in the history at minute 55'.

Today we have prepared for you a meeting that will surely be very interesting between a Big Six team and a mid-table challenger.

It will be very interesting to see the position of Tottenham that, to tell the truth, has shown a downward football in the last two games, so currently it is only enough to be in fourth place in the general table, being barely displaced the previous day for Newcastle.

For its part, Leeds United wants to add points that will help it get out of the 12th place, where it finds itself with only 15 points added and with only two victories in the last five games.