END OF THE MATCH: GERMANY TAKES THE SERIES

Triumph for Germany, who won a singles match and the doubles match.
5:32 PMa year ago

The Germans have three match points.
5:29 PMa year ago

Mini break of the Germans who already lead the tie break 2-4.
5:23 PMa year ago

Serbia and Germany held serve to make it 6-6. The match will be defined with a tie break.
5:06 PMa year ago

Break point for Serbia who already leads the third set 2-1.
4:36 PMa year ago

First time in the series that a match goes to the third set. Germany on serve.
4:35 PMa year ago

The Serbians tie the match after winning the second set.
4:32 PMa year ago

Serbia will serve for the set to tie the match.
4:31 PMa year ago

Serbia breaks serve and leads 5-3 in the second game.
4:04 PMa year ago

After a long first game, the Germans already lead the doubles match 1-0.
4:02 PMa year ago

Exciting tie break. Serbia, after being down 4-1, the tie break series was already tied 6-6.
3:57 PMa year ago

The first doubles game will be decided by tie break after finishing 6-6.
3:41 PMa year ago

They regain serve! The Serbian duo breaks Germany's serve and is looking for the tie.
3:29 PMa year ago

The German duo breaks the Serbian serve and already leads the first set 3-1.
3:16 PMa year ago

Doubles match between Serbia and Germany.

They will play: Djokovic and Krajinovic vs Krawietz and Puetz.

Serbia leads 5-3 and is one game away from tying the series.
2:09 PMa year ago

Djokovic breaks the German's serve and starts the match on the right foot.
1:20 PMa year ago 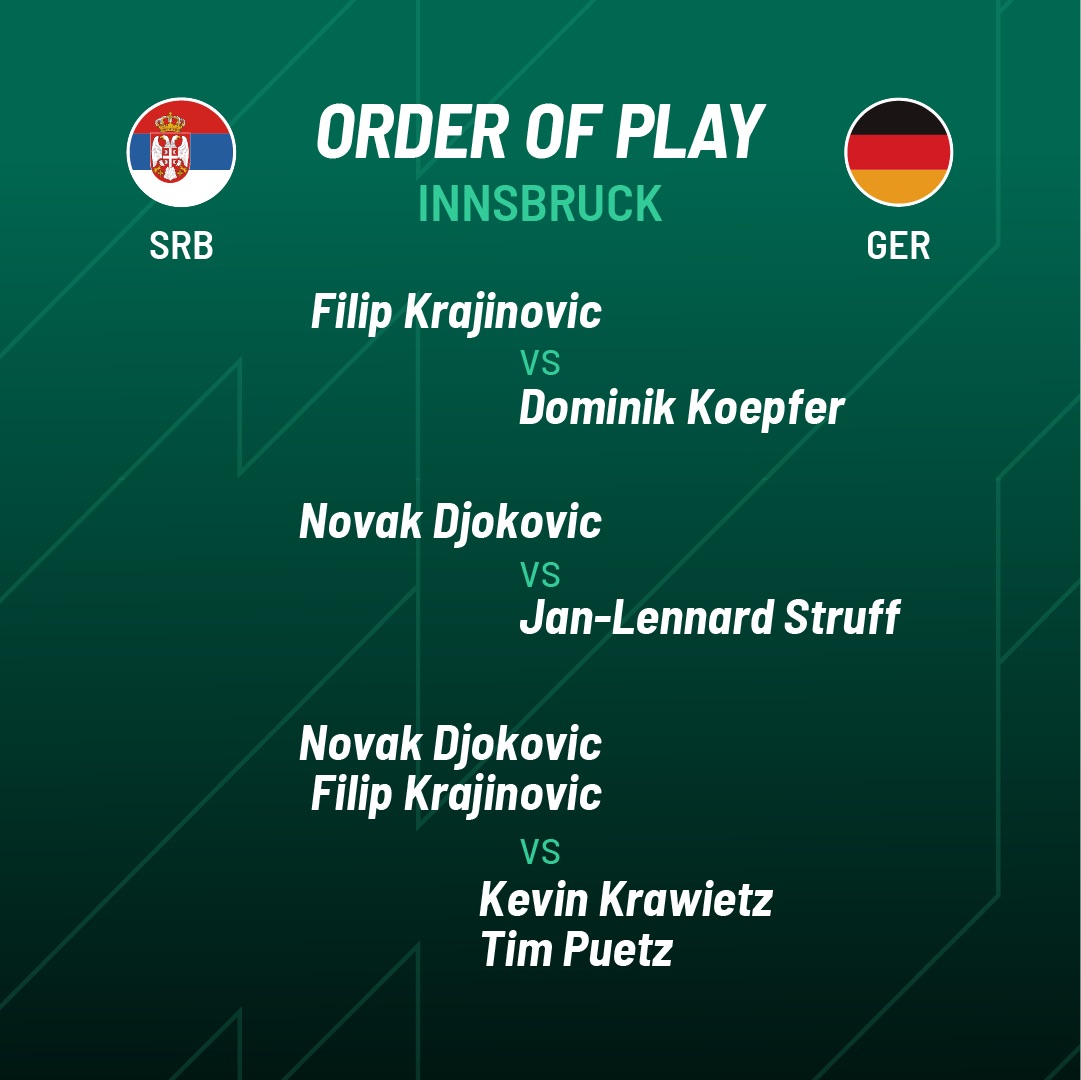 Serbia does not give in and returns to break serve and prevent the triumph of Germany.
12:44 PMa year ago

Koepfer makes another break point and will serve for the match.
12:36 PMa year ago

The Serb breaks serve and approaches the tie in the second set 3-4.
12:17 PMa year ago

The Serb recovers the break and the game remains 3-3
11:06 AMa year ago

Both teams are already on the field with the starting protocol.

Stay tuned to VAVEL as Serbia vs Germany is about to start. 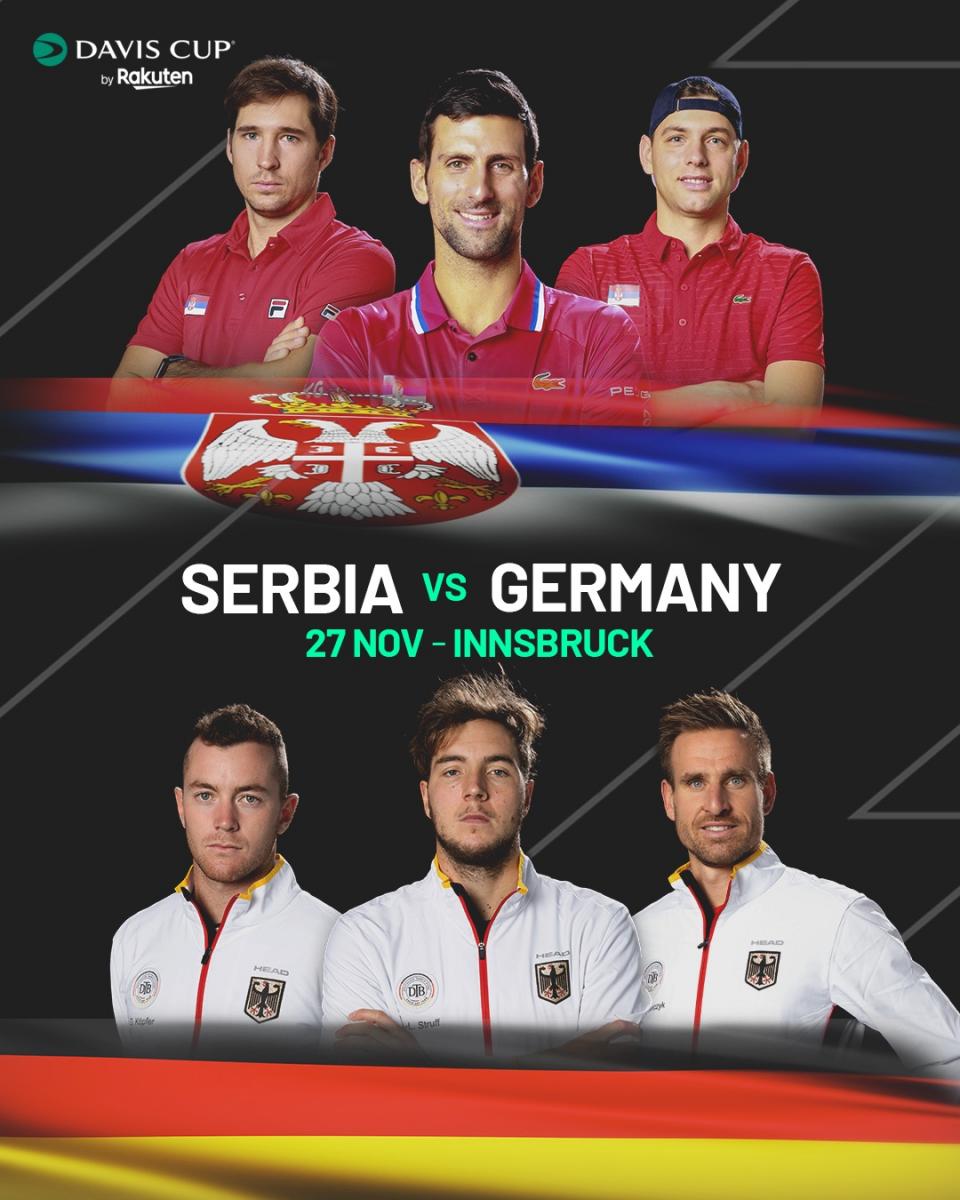 Serbia wins its first Davis Cup title in 2010 against France in Belgrade. Until 2003, the Serbs played under the flag of Yugoslavia.
9:45 AMa year ago

The teams with the highest number of points in their group after all matches have been played will qualify for the quarterfinals, along with the two best runners-up. The tournament will then move on to knockout rounds until one team is crowned champion.
9:34 AMa year ago

Here are some data on those with the most wins, and the most titles:

Spain defeated Canada in the final, with Roberto Bautista Agut defeating Felix Auger-Aliassime 7-6 (3), 6-3, before Rafael Nadal took the series by beating Denis Shapovalov 6-3, 7-6 (7). Due to the COVID-19 pandemic, the 2020 Davis Cup Finals did not take place.
9:15 AMa year ago

The Davis Cup finals are composed of 18 teams that are distributed in six groups of three teams each. The different groups have been formed as follows:

The semifinalists of the last edition (2019): Spain, Canada, Great Britain, and Russia.

The Olympiahalle Innsbruck, part of the OlympiaWorld Innsbruck complex, is a multi-purpose indoor arena located in Innsbruck, Austria. Built for the 1964 Winter Olympics, at that time it had a capacity of 10,836 spectators. It currently has a capacity of up to 12,000 people. This day will be the venue for the match between Serbia and Germany.

The match between Serbia and Germany is just minutes away from kicking off at the Olympiahalle in Austria. The Serbs want to continue dominating the group while the Germans will be looking to start the tournament on the right foot. Who will win? Follow our coverage on VAVEL.

Do not miss a detail of the match with the live updates and commentaries of VAVEL. Follow along with us all the details, commentaries, analysis and lineups for this Serbia vs Germany match.
8:22 PMa year ago

How to watch Serbia vs Germany Live TV and Stream

If you want to watch the game on TV, your options is: CBS Sports

If you want to directly stream it: CBS Sports App

Dominik Koepfer | This 27-year-old German tennis player is the best ranked of the German team. He is ranked number 54 in the world and has managed to reach the round of 16 at the US Open 2019 and has had outstanding participations as it was in the Rome Masters 2020, reaching the quarterfinals. 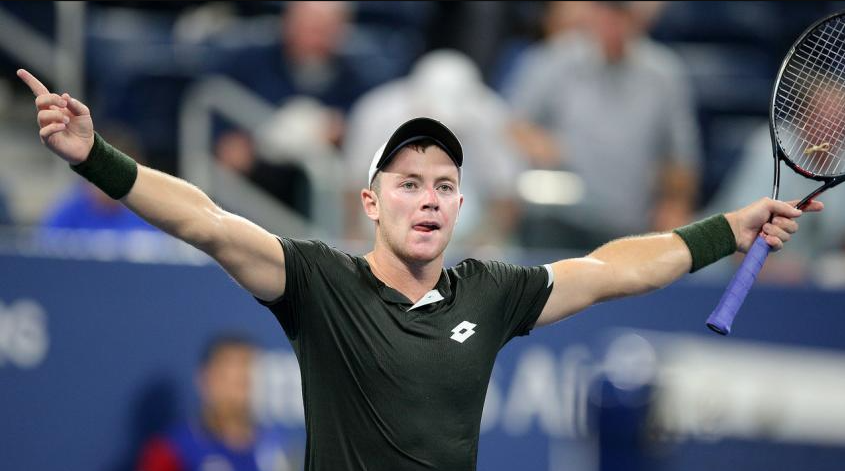 Novak Djokovic | The number one of the ATP ranking is undoubtedly the player to follow not only in Serbia but also in this Davis Cup. He is the leading player of his national team and will be looking for revenge for last year, when they lost in the semifinals against Russia. 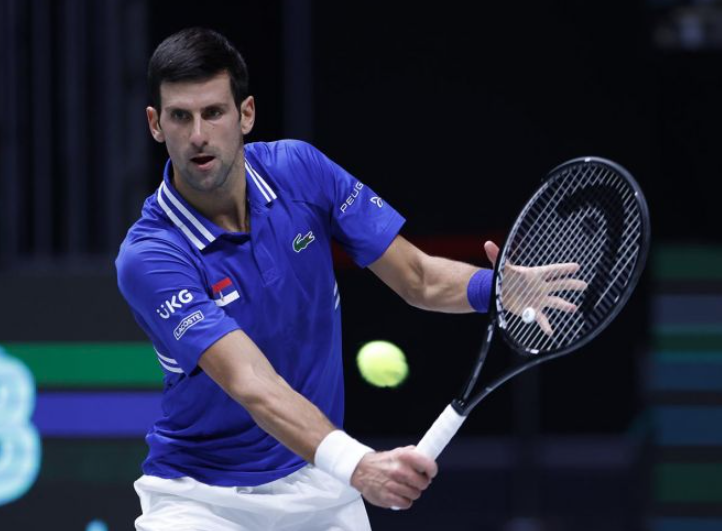 On the other hand, the German team will be without its star player, Alexander Zverev, and will be looking for a surprise against the favorites of the group. Germany has not yet participated in this Davis Cup, so they will have their opening match this day against Serbia.
7:52 PMa year ago

The Serbian national team looks like the favorite of the group after having in its ranks none other than Novak Dkojovic. The Serbs beat Austria, deprived of their star player Dominic Thiem in their first Davis Cup match, thanks to a hard-fought victory by Dusan Lajovic followed by an exhibition by Nole.
7:47 PMa year ago

The Serbia vs Germany match will be played at the Olympia-Halle, in Innsbruck, Austria. The kick-off is scheduled at 10:00 pm ET.
7:42 PMa year ago

On this day, Serbia and Germany face each other in this 'Tennis World Cup'. The Davis Cup is an international tennis competition organized by the International Tennis Federation and, unlike most international tournaments, the Davis Cup does not involve individual players, but national teams composed of several players designated by their national sports federation.
7:37 PMa year ago

Welcome to VAVEL.com’s LIVE coverage of the Davis Cup match: Serbia vs Germany!