Udinese will challenge Inter on their home pitch Stadio Friuli where they have had greater success this season on Saturday, match day 16. After successive wins against Chievo Verona (3-2) and Atalanta (3-1), it appeared that Stefano Colantuono's men were on the uprise, but after second place Fiorentina demolished the Bianconeri Friulani 3-0 last week, it is evident that a match against Serie A leaders Inter may reiterate their poor form from the first half of the season.

Backed by goalscorer Cyril Théréau, Udinese now sit in 13th place in the league table through 15 matches played. Being four points off the relegation zone is not the club's typical comfort, but this has represented the middling league place finishes that have resulted the last couple seasons.

On the other hand, Roberto Mancini's Inter side are delighted with the above-average effectiveness his first team has displayed so far this season. Leading Fiorentina and Napoli by under three points, the defensive sustainability has allowed their intermediate offensive scheme to prevail over their opponents.

A satisfying 1-0 win over Genoa last week will surely keep confidence levels high in the locker room. Inter are confident to enter the January transfer window without having to spend anything close to the overwhelming amount of money that they spent to build this squad in the summer.

Alexander Merkel, Duvan Zapata, Panagiotis Kone, Thomas Heurtaux are all out with injuries, however, it becomes worse with Molla Wague and Emmanuel Badu as doubtful to make an appearance. Danilo and Felipe are suspended for the match, leaving the Bianconeri Friulani on the edge.

Inter remain with the injuries to both Nemanja Vidic and Davide Santon through this fixture. Danilo D'Ambrosio was suspended in their 1-0 win over Genoa last week, which will most likely lead Mancini to bring back a packed midfield including Yuto Nagatamo who was previously suspended. Captain Mauro Icardi could likely be brought back into the starting eleven over striker Stevan Jovetic.

Antonio Di Natale - The struggle to find form for Udinese legend Di Natale is a colossal example of the contributing factors of the club's struggles this league campaign. One goal and three assists in a squad plagued by injuries and suspensions is clearly not enough, but if anyone can persuade a team to come out with a result, it is Di Natale.

Mauro Icardi - Even without making an appearance against Genoa, the list of injuries and suspensions of the opposition opens up another opportunity for the Argentinian forward to raise his club-leading four goals this campaign. Alongside last matchdays scorer Adem Ljajic and a solid midfield and defensive line, Inter will possibly maintain possession, leading to various scoring chances. 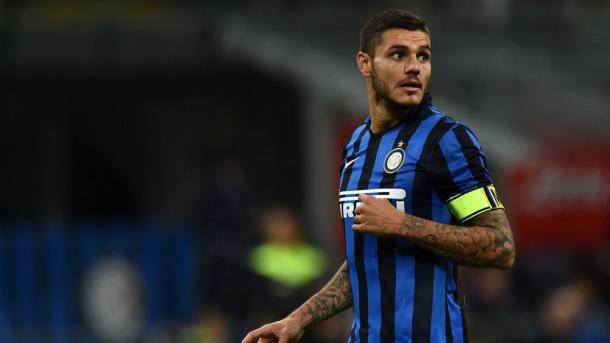 Mancini could be entering the post-match conference room with another smile on his face with a decisive win and clean sheet. The league leaders have only conceded goals in one match of their last six (Gonzalo Higuain, Napoli, third place), and have won the same amount of matches in the process. Udinese lacking ball possession could easily allow the disciplined and stable powerhouse in the defensive midfield to draw the ball towards the striking pair for numerous goals. Inter have the consistency to continue their success unlike Udinese who may be out of luck.