NOR0
END10 hours ago

Thank you for following Austin Spurs 99-91 Capitanes CDMX with us, stay tuned to everything we have for you on VAVEL.

Best moments of the match

Capitanes best moments in the match

The game is tightening up but the clock is the biggest rival for the Mexico City team, which looks set for yet another defeat.
10:21 PM17 days ago

Once again Capitanes is only 10 points behind and will look to turn the score around
10:17 PM17 days ago

At times Capitanes manages to close the gap but Austin does not allow it and time is running out.
10:13 PM17 days ago

The leader in points for the visitors is Gary Clark with 12 points.
10:07 PM17 days ago

Austin again gets a comfortable lead with long-range shooting
10:06 PM17 days ago

Capitanes managed to close the gap but Spurs still have the advantage
10:00 PM17 days ago

Horrible game by Alfonzo McKennie who only scored 5 points in the entire game on 2 of 11 shooting.
9:56 PM17 days ago

Capitanes can't close the gap and the clock starts to be a factor against them
9:49 PM17 days ago

The effectiveness of the home team's shots increased considerably during the match.
9:43 PM17 days ago

Spurs maintain their high level and have a 16-point lead at the start of the second half
9:39 PM17 days ago

The home team goes to halftime with a 13-point lead after a great second quarter
9:19 PM17 days ago

Capitanes seeks to close in a good way and narrow the gap
9:14 PM17 days ago

Austin takes advantage of Jaylen Morris' 13 points to stay ahead of the game
9:09 PM17 days ago

Austin makes a difference and builds a 10-point advantage
9:04 PM17 days ago

Austin manages to turn it around with long-range shots.
9:02 PM17 days ago

The same rhythm of the first quarter is maintained, the Captains improve their defense and Austin insists with penetrations.
8:59 PM17 days ago

The actions of a very even game come to an end, Capitanes leaves with a one-point difference
8:53 PM17 days ago

The game is tied after two good minutes by Capitanes on offense and defense.
8:48 PM17 days ago

A difference of two to three positions is maintained in favor of Austin, which demonstrates its power in the area.
8:41 PM17 days ago

Cacok, player of the local team, starts to show his power in the paint, but Capitanes keeps up the pace by shooting.
8:39 PM17 days ago

Capitanes manages to even the playing field with mid-range shooting
8:38 PM17 days ago

Very even match in Austin with a slight advantage for the home team
8:34 PM17 days ago

All set at the H-E-B Center of Austin

The teams are ready for the match between the Spurs vs Captains, follow all the action on VAVEL.
8:18 PM17 days ago

This is what coach Ramón Díaz sends to start the game

This is coach Petar Bozic's choice to start the match

The player with the number 13 scored 22 points last game against the Spurs, gathered 11 rebounds getting a double-double in 34 minutes and although it was not enough to get the victory, he will undoubtedly be a fundamental piece of the team. 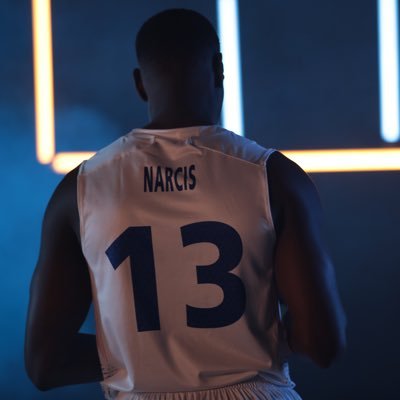 Although the spotlight is on Joshua Primo, Cacok is the second with the second best points average in the Texas team with 19 units in 28.7 minutes per game. But the most striking thing is his 78.9% shooting percentage from the field. 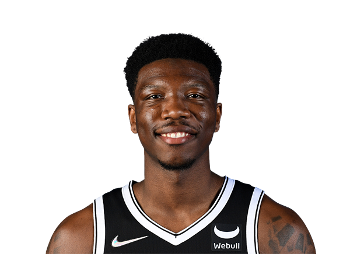 Capitanes to strengthen their defense in search of victory

The team from the capital of Mexico has an average points scored of 103.8 points per game, while conceding 102.2 points. The Mexican team is very evenly matched.
7:39 PM17 days ago

Austin to play its 3rd game of the season

Do not miss a detail of the match with the live updates and commentaries of VAVEL. Follow along with us all the details, commentaries, analysis and lineups for this Austin Spurs vs Capitanes de la Ciudad de México match in NBA G-League.

This is the start time of the game Austin Spurs  vs Capitanes de la Ciudad de México of 18th November in several countries:

Alfonzo McKinnie is becoming one of the pillars of the Capitanes in the NBA G-League, in their previous game against Austin he had 26 points in 40 minutes, 14 rebounds and one assist.
A phenomenal double double from the player with the number 28.
7:14 PM17 days ago

Watch out for this Austin Spurs player

Joshua Primo with the number 11 is one of the most important projects of the Austin team. In his last game Primo managed to score 28 points in 31 minutes, with 5-8 in three pointers, 6 rebounds and an assist.
7:09 PM17 days ago

The Duel from the bench

On one side we will have Petar Bozic as the main strategist of the local team, the Austin Spurs.
On the opposite bench will be Spanish Ramon Diaz, who has been the coach of the Mexico City team since the beginning of the LNBP league project.
6:54 PM17 days ago

Capitanes to get back to winning ways

After losing to the Spurs, the Capitanes will be looking to get back to winning ways after losing two consecutive games.
6:49 PM17 days ago

After taking the victory in an agonizing way by a score of 110 to 112, the Austin team will try to take their second victory of the season and move up positions in the league.
6:44 PM17 days ago

This afternoon, in the NBA G-League, the Austin Spurs host the Mexico City Capitanes at home as they look to continue their winning ways in their debut season in the developmental league and continue making history.
6:39 PM17 days ago

The Austin Spurs vs Capitanes de la Ciudad de México match will be played at the H-E-B Center, in Austin, United States. The kick-off is scheduled at 8:30 pm ET.