The Puerto Rican sensation, Bad Bunny was one of the many people that got really affected after finding out of Kobe Bryant's death. The 25yo artist decided to make a tribute for the Lakers legend, with an entirely Spanish speaking song.

The track samples commentary from Kobe’s 81-point game against the Toronto Raptors in 2006, as well as his retirement speech.

The record was titled '6 Rings', making reference to Kobe's 5 NBA championships as well as his marriage to Vanessa Bryant. 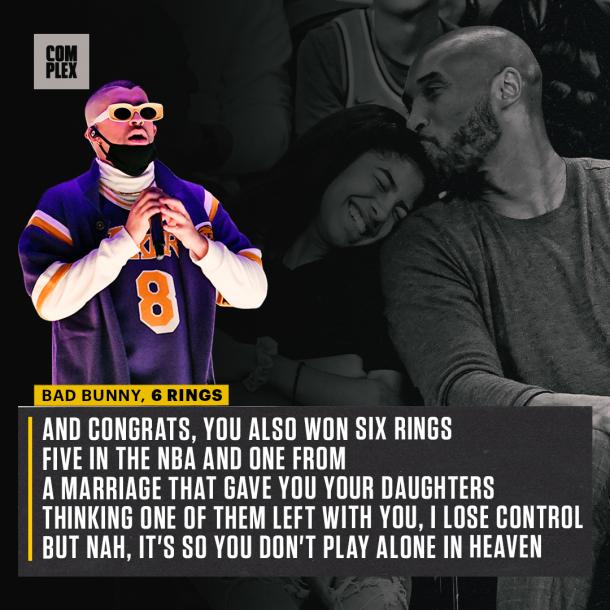 Bad Bunny also posted on Instagram an image of Kobe alongside a message: “I would never have imagined that this would hurt me so much. This man has been an inspiration in many ways for me to be what I am today.”

Benito Antonio wasn't the only artist that honored Bryant, since during the Grammy's Alicia Keys, Boyz II Men, Kanye West, Chance the Rapper, DJ Khaled and John Legend also paid tribute to the Philadelphia Made.

Listen to the full song: