PER1
END11 hours ago

Thank you for following the Pacers vs Wizards telecast of the 2021 NBA Play-In.
10:18 PMa year ago

The Wizards had no trouble and pulled out a quiet victory to secure eighth place and will be facing Philadelphia next Sunday.
10:17 PMa year ago

Isaac Bonga adds more salt to the wound with three others.
10:12 PMa year ago

Aaron Holiday with the triple that reduces the wide difference. The remaining time was a mere formality.
10:03 PMa year ago

Cassius Stanley takes advantage of the gap and nails two more. Both teams are already playing with substitutes.
9:56 PMa year ago

Sabonis with the floater and draws the foul to try to keep the fight going.
9:46 PMa year ago

Ish Smith with the floater and puts two more on the board.
9:38 PMa year ago

Daniel Gafford with the two points and the Wizards reach the 100-point barrier.
9:35 PMa year ago

Bradley Beal flies the highest and dunks to a standing ovation from the crowd.
9:24 PMa year ago

Beal with the long-range bomb and the Wizards already surpass 80 points.
9:23 PMa year ago

Hachimura again with a double-double and Washington wins by 16 points.
9:17 PMa year ago

Hachimura goes in for a layup and scores two more.
9:15 PMa year ago

Bradley Beal opens the second half scoring with a two-pointer.
9:13 PMa year ago

The Wizards dominated the first half 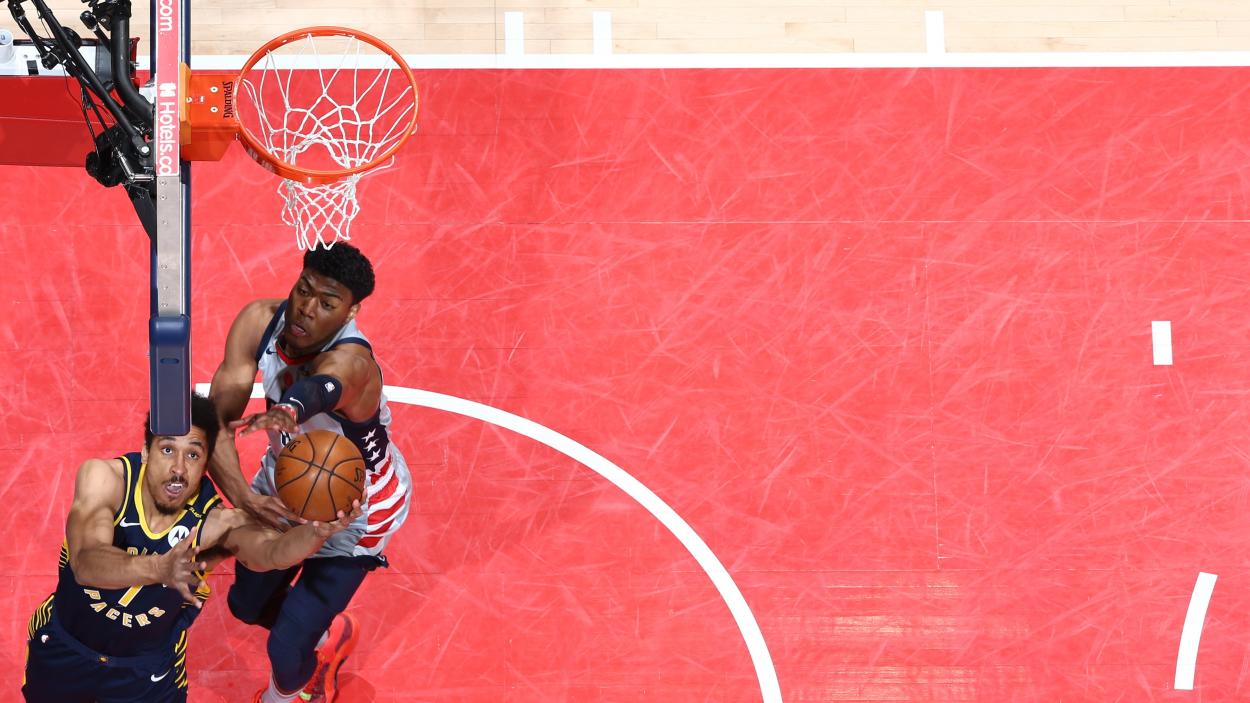 Justin Holiday's half-turn to make the discount.
8:50 PMa year ago

Oshae Brissett with the sinker and the Pacers still want to fight.
8:45 PMa year ago

Lopez with two more points and that's 12 for Washington with no response from Indiana.
8:33 PMa year ago

Daniel Gafford brings the ball straight down to the basket to add another touchdown.
8:30 PMa year ago

Russell Westbrook with double plus foul to widen the gap.
8:26 PMa year ago

Foul and Sabonis' tally to get closer at the end of the first quarter.
8:22 PMa year ago

Ish Smith with the jumper to turn the slate around.
8:18 PMa year ago

Bradley Beal goes in for a layup and adds two more.
8:13 PMa year ago

Beal with another triple for the home team.
8:06 PMa year ago

Rui Hachimura with the dunk inside the paint and widens the gap.
8:04 PMa year ago

Neto with the triple that opens the board in Washington.
8:03 PMa year ago

Can the Wizards keep the home side's winning streak alive?

The only thing that matters is winning. ✊💯 #WizPacers | @RealDealBeal23 pic.twitter.com/oNUtDw6hUq — Washington Wizards (@WashWizards) May 20, 2021

With the attitude to win

Your @MotorolaUS Starting 🖐 tonight in D.C.:

Despite a two-point halftime lead, Washington was unable to hold on to the advantage in the second half and fell by 18 points.
7:34 PMa year ago 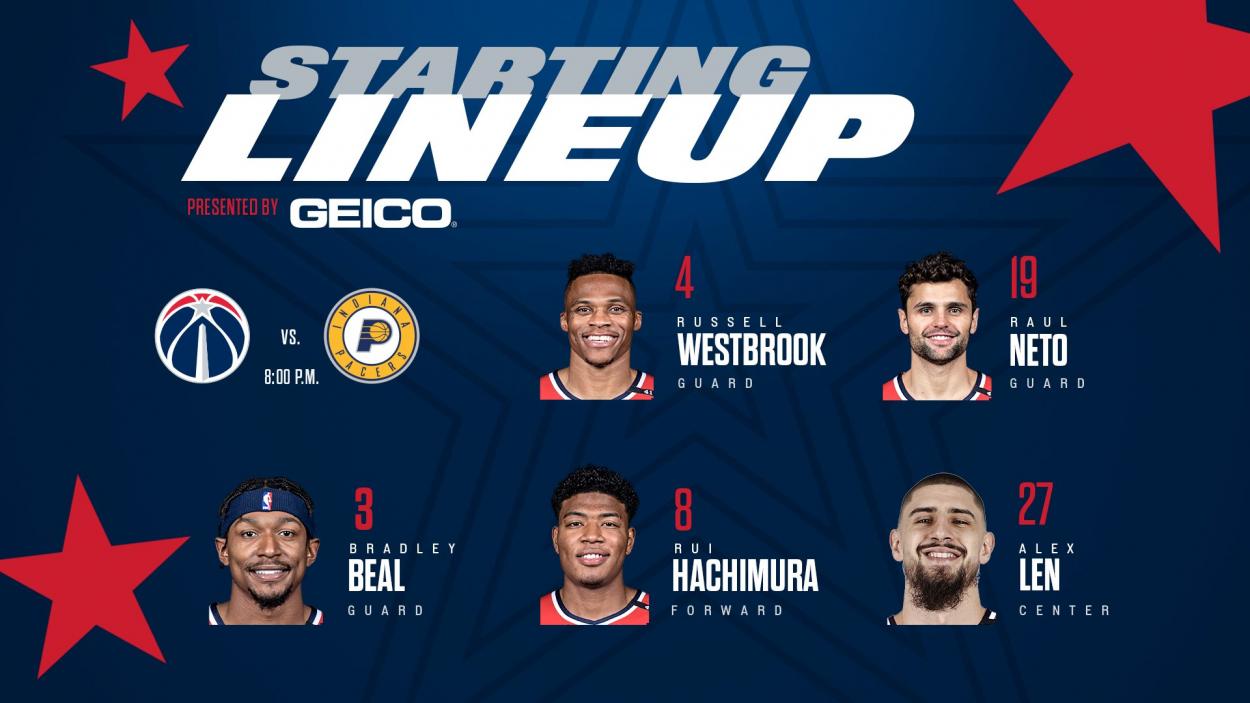 What happens to the winner?

Tonight's winner will play next Sunday against the Philadelphia 76ers, leaders in the Eastern Conference.
7:19 PMa year ago

Support for Japan is always 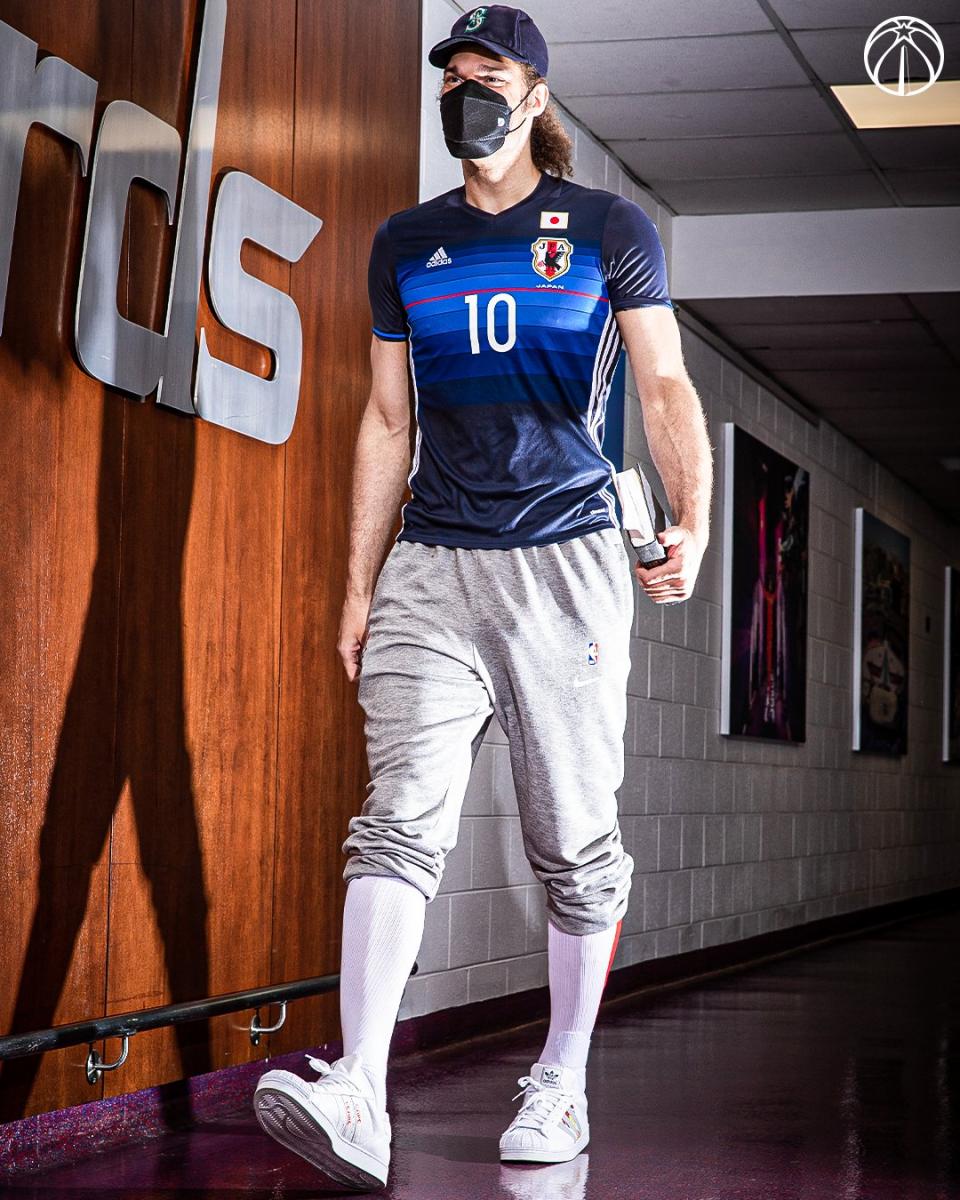 The Wizards are already on the court 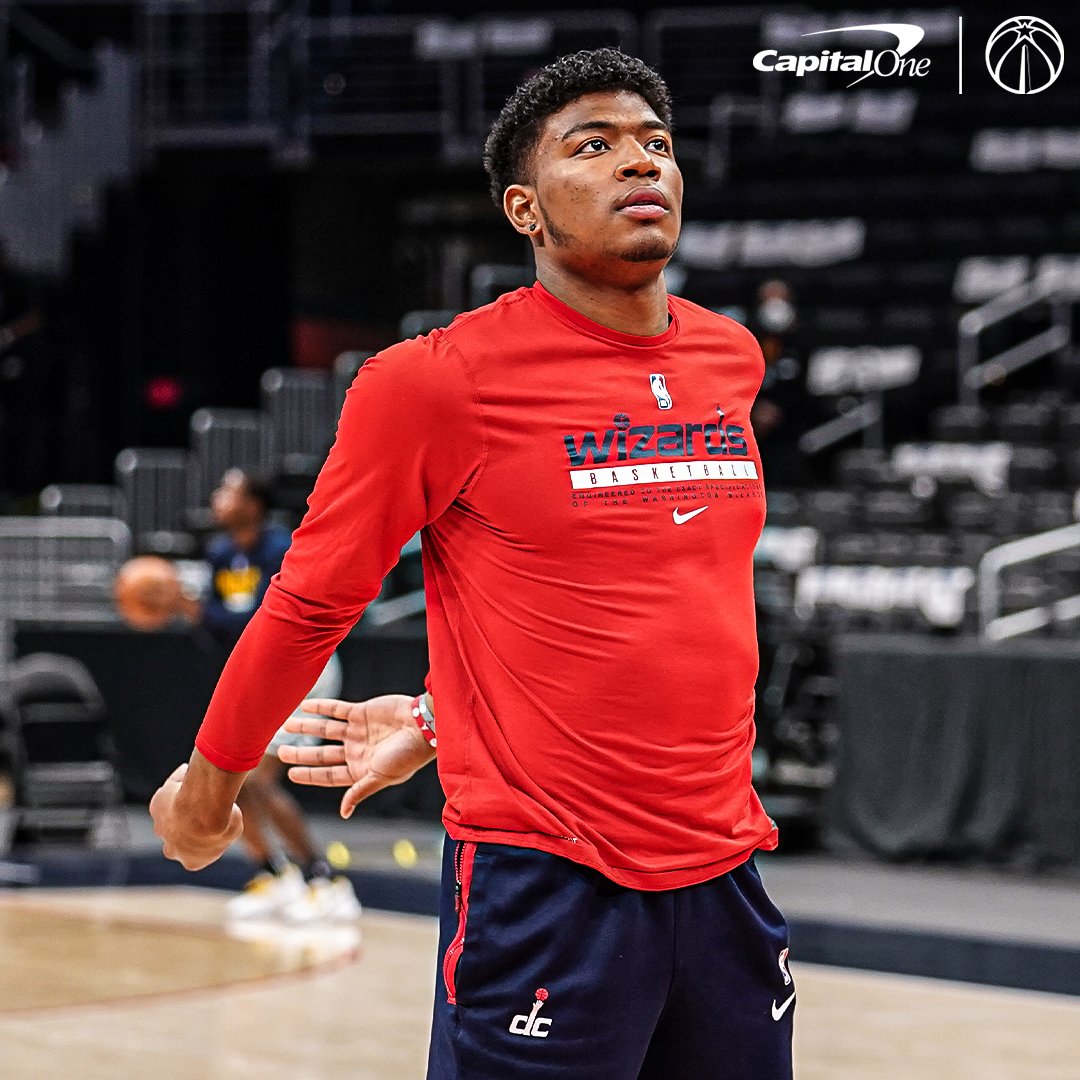 All or nothing for eighth place in the East 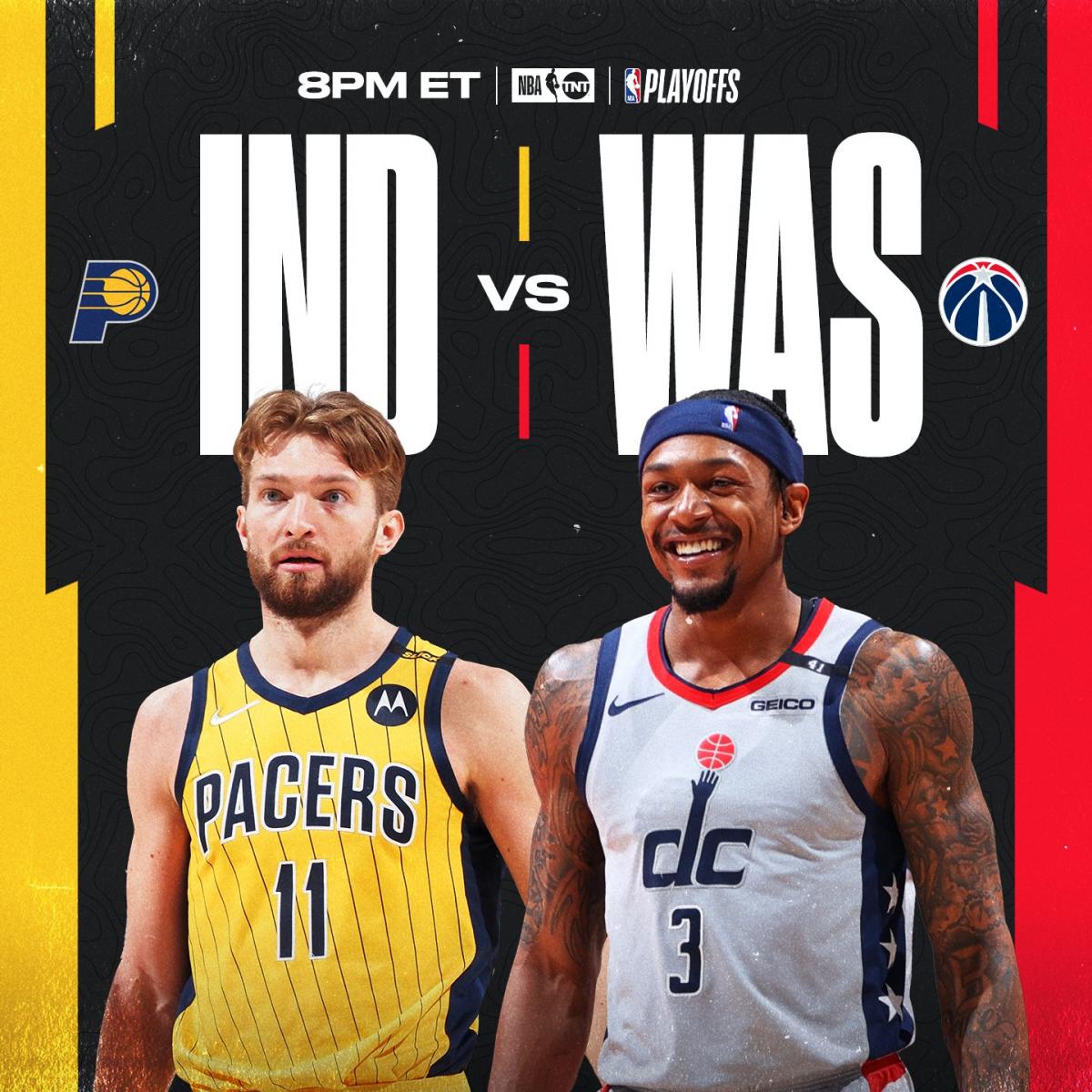 This is how he left the Indiana Hotel 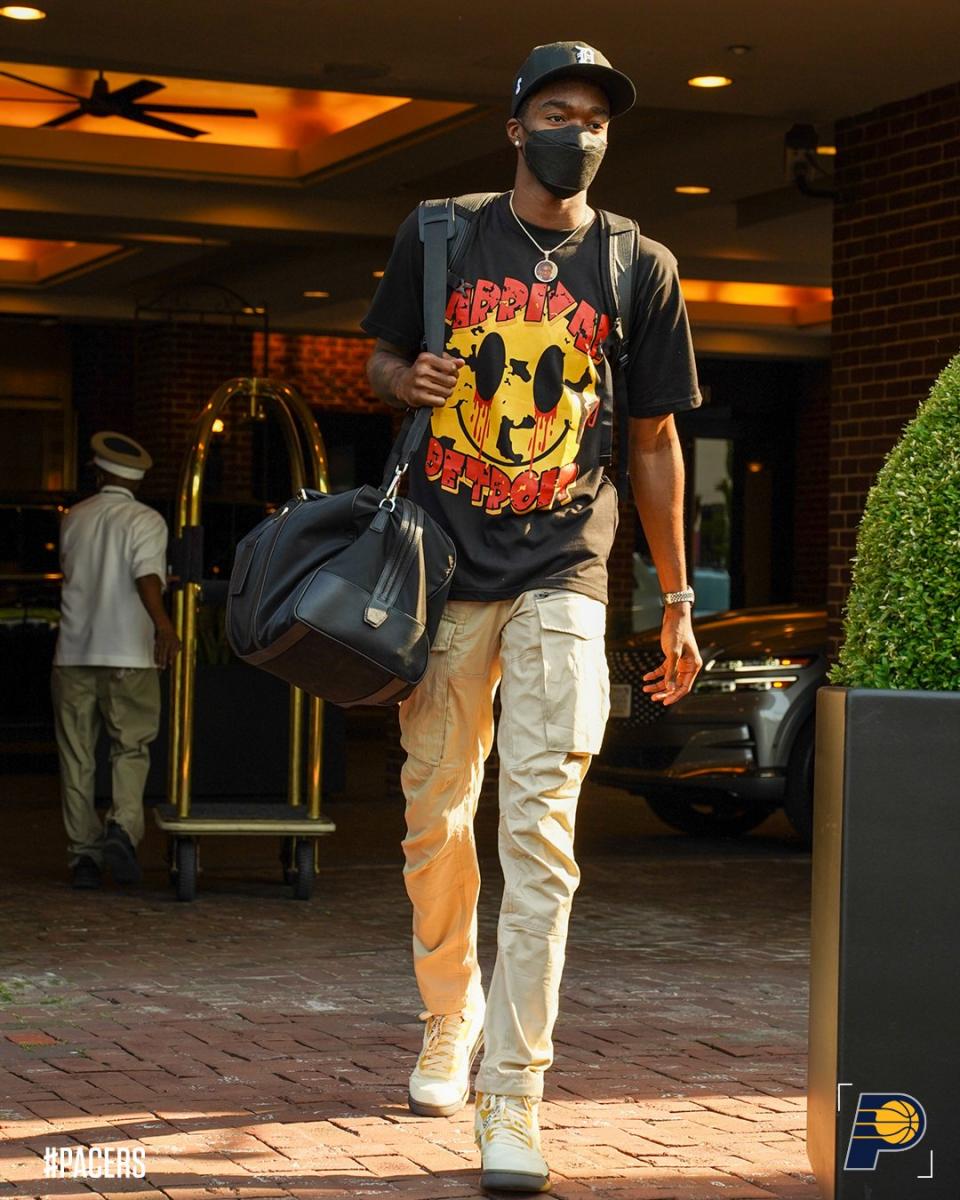 How does Indiana arrive?

Indiana showed great offensive power in the last game and pulled out the win without major problems against the Hornets to leave them on the road.
6:49 PMa year ago

How does Washington get there?

The Wizards had a tough game against the Celtics, who although they were winning, could not in the second half and ended up losing.
6:44 PMa year ago

Indiana and Washington define the penultimate guest to the NBA Playoffs, where the winner will stay alive and the loser will have to go home. We begin.
6:39 PMa year ago

Do not miss a detail of the match with the live updates and commentaries of VAVEL. Follow along with us all the details, commentaries, analysis and lineups for this Indiana Pacers vs Washington Wizards match.
6:34 PMa year ago

Washington leads the series in the last five games with three victories which, curiously, came this season; the last of them on May 8 by a score of 133-132 in overtime. 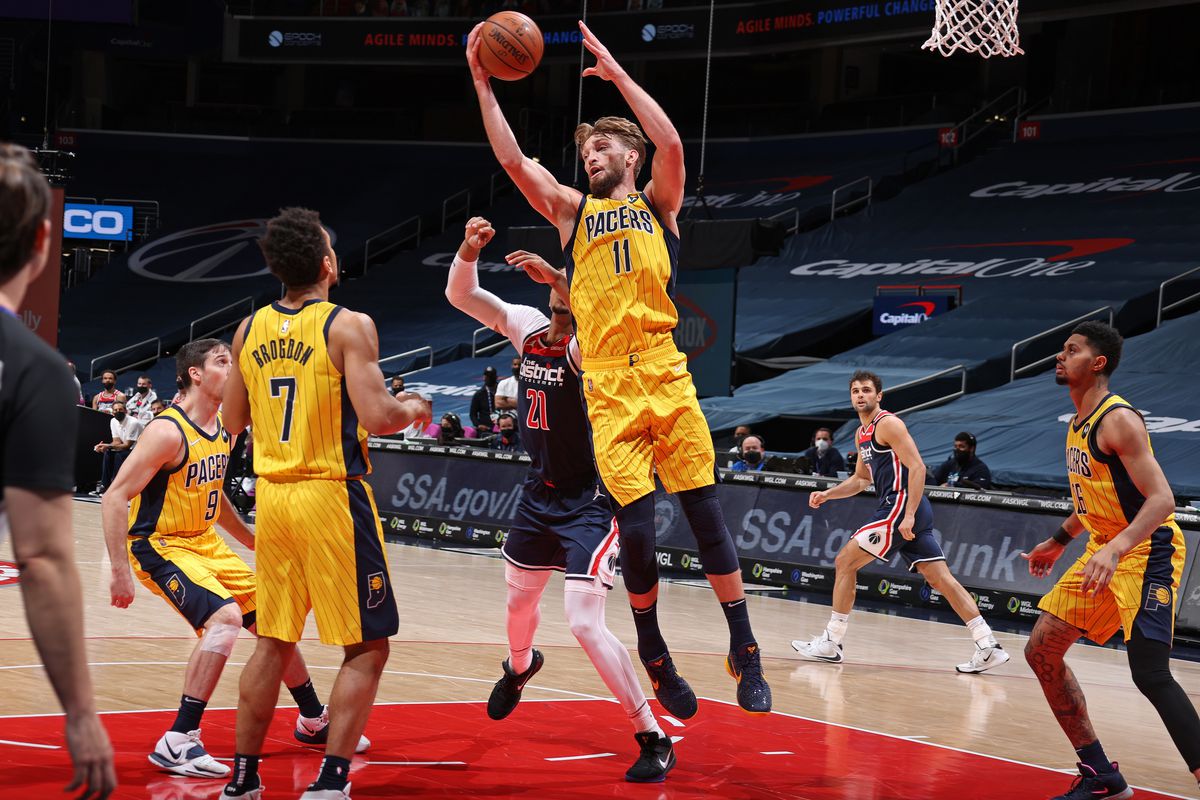 If you want to watch the game on TV, your options is: TNT.

Although he has been suffering from an injury, shooting guard Bradley Beal will do everything possible to be on the court because he is, without a doubt, Washington's most decisive player and who could make the difference. 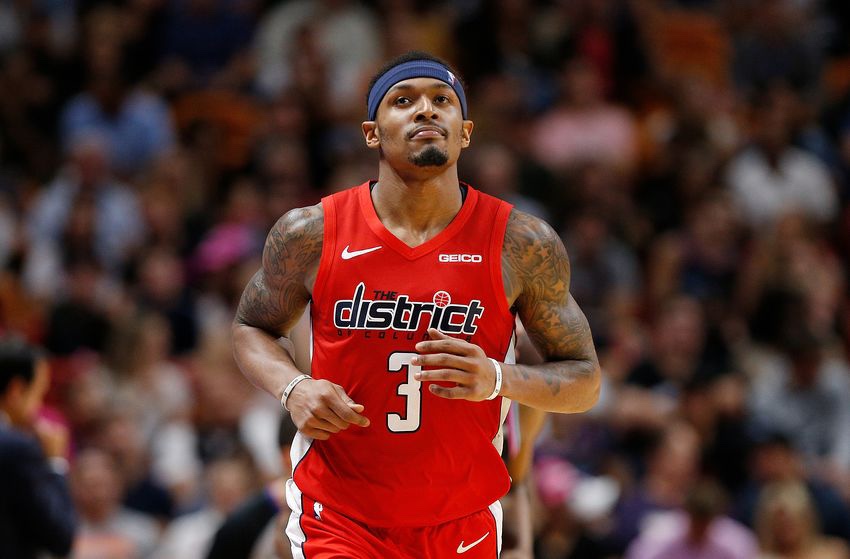 Watch out for forward Oshae Brissett, who has been the team's leading scorer with 23 points in the crushing victory over Charlotte. 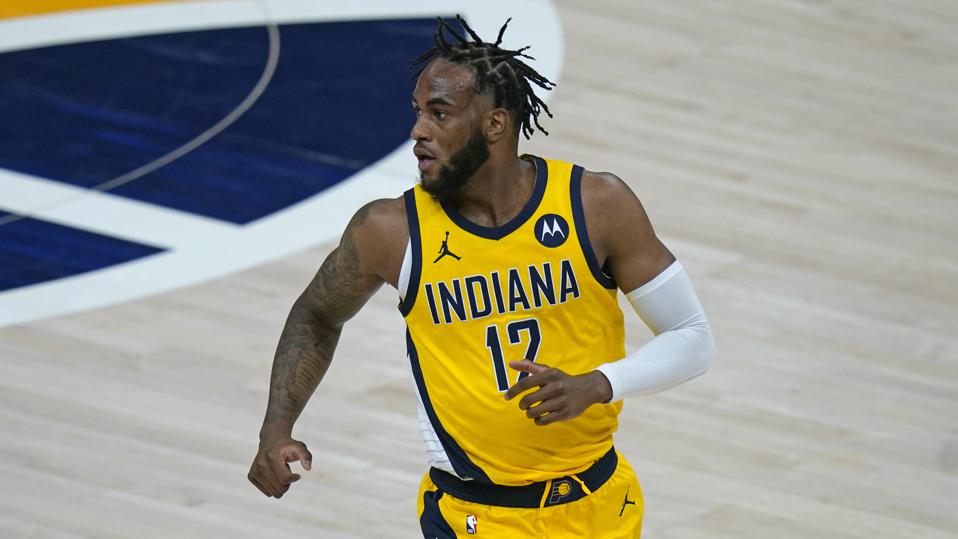 Indiana gave a great exhibition that offense can be a lethal weapon to lead them to the Playoffs thanks to Brissett, McDermott and Sabonis.
5:59 PMa year ago

Wizards: stay on the board

Despite the good run they were on at the end of the regular season, they fell asleep at the start of the third quarter against the Celtics and that was the key to a defeat that became very heavy in the last minutes of the game.
5:54 PMa year ago

The Indiana Pacers vs Washington Wizards match will be played at the stadium Capital One Arena, in Washington. The kick-off is scheduled at 8pm ET.
5:49 PMa year ago