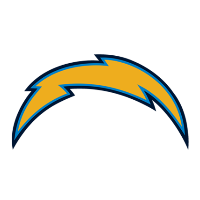 The Los Angeles Chargers played their first home game in LA for the first time since 1960 on Sunday evening. They welcomed in the Seattle Seahawks to the StubHub Center, in front of 27,000-plus fans.

However, the Seahawks were out to disrupt the welcome party, as they dismantled the Chargers with ease, winning 48-17.

It did not look like to was going to be a total blowout. While Philip Rivers played just one drive in the Los Angeles Chargers’ opening drive, he executed the 75-yard drive to perfection.

That opening drive incorporated a good mix of running and passing plays. Rivers, who had to start at the 25 yard line, completed five out of six pass attempts for 50 yards and was sacked one time. The 13th play in that drive ended in a familiar sight: a five yard throw from Rivers to veteran Antonio Gates.

Those 13 plays, however, were one of few bright spots throughout these 60 minutes.

From most of that point on, it was all Seattle. In Kellen Clemens’ second drive under center, the former Oregon Duck had a pass deflected to Terence Garvin, an offensive lineman. Garvin then ran the ball back 37-yards to give the Seahawks the lead.

The other bright spot occurred 17 seconds after the Seahawks gained the advantage on the road. Clemens redeemed himself and heaved a 74 yard touchdown pass to make it 14-10 LA after the extra point.

Seattle dominates for rest of game

Pete Carroll will have to be happy with the way his team responded going down both times. Because after they trailed for a second time, the Seahawks never trailed again. In fact, Seattle scored on their next five offensive possessions.

In those subsequent drives, Trevone Boykin was impressive, especially for a second-year quarterback out of Texas Christian.

The soon-to-be 24-year-old Boykin looked like the probable number two quarterback against the Chargers tonight. He was impressive on deep throws, as well as intermediate passes and threw for one touchdown. Boykin’s only blunder was his interception late in the third quarter.

Finally, it was Austin Davis’ turn to show the Seahawks’ coaching staff what he has. Even though Davis only got to throw the ball nine times in the latter stages of the game, he did complete seven of those attempts. He even ran for 18 yards on three tries, which is an integral part of the Seahawks offense.

The only scoring drive occurred during the middle of the fourth quarter where Alex Collins scampered into the end zone from one yard out.

The Chargers will play their second of two preseason home games next Sunday night. Drew Brees and the New Orleans Saints come to the StubHub Center, with kickoff scheduled for 8:00 PM EST.

Seattle, meanwhile, will look to keep their confidence high as they welcome in the Minnesota Vikings Friday night at the CenturyLink Field. The kickoff for this preseason game is scheduled for 10:00 PM EST.