The madness that is the NFL Draft has now concluded. The 2018 rendition of the draft had plenty of surprises, plenty of intrigue, some mind bottling moves and told the stories of the young men ready to make their mark in the league.

Looking at the results of the draft, there were several teams that separated themselves from the rest. These teams put together a solid draft and going forward have solid prospects to build around.

These are the teams that improved the move in the 2018 NFL Draft. 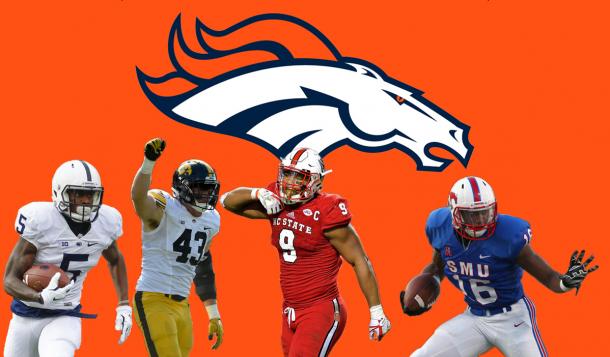 The Denver Broncos quietly had themselves the best draft of the night. From their first pick to their last, the Broncos made each of their picks count.

For starter, pairing Bradley Chubb with Von Miller should strike fear into the minds of teams all over the league. With Shane Ray, Derek Wolfe and Brandon Marshall also in the front seven, the Broncos could return to their old ways with a dominant defense.

With the additions of Courtland Sutton and DaeSean Hamilton, Denver addressed the weakest position on their offense. Both Emmanuel Sanders and Demaryius Thomas are getting older and are needing of some assistance. Both Sutton and Hamilton could take the attention away from both of them.

Jewell is a great defender that gives the Broncos second unit a boost. Jewell, Shauil Barrett and Su'a Cravens lead a back up unit that at times during the season could contribute at any time.

The Broncos had a great combination of both offense and defense. They will be ready to challenge both the Los Angeles Chargers and Kansas City Chiefs for the division. 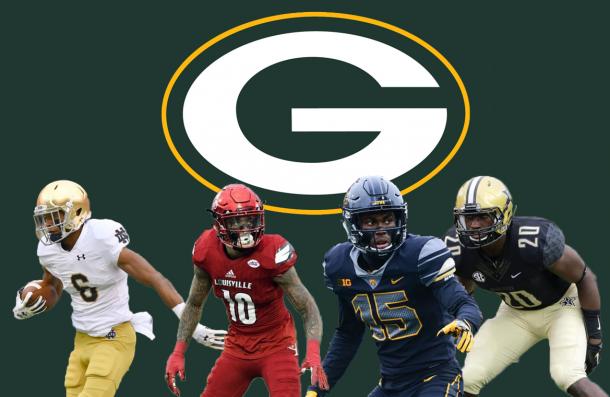 With their first two picks, the Packers selected cornerbacks Jaire Alexander and Josh Jackson. Looking at the cornerback depth, there is plenty of talent to go around. Quinten Rollins, Kevin King, and Josh Hawkins are leading the young group while veterans Tramon Williams and Davon House will teach and make everyone better.

In the third round, the Packers selected Oren Burks from Vanderbilt. A former saftey turned linebacker, Burks’ coverage skills will come in handy in defensive coordinator Mike Pettine’s scheme. Burk can move from sideline to sideline and is comfortable bringing the heat and tackle people.

Even JK Scott was a fine pick. Scott was one of the best punters in college football last season and is considered one of the best punters to come from Alabama. Scott has a big leg and has an average hang time of five seconds. Special teams can change a game in the NFL, so with Scott the Packers can dominate in the field position game and force teams to start their drives with uncomfortable field position. 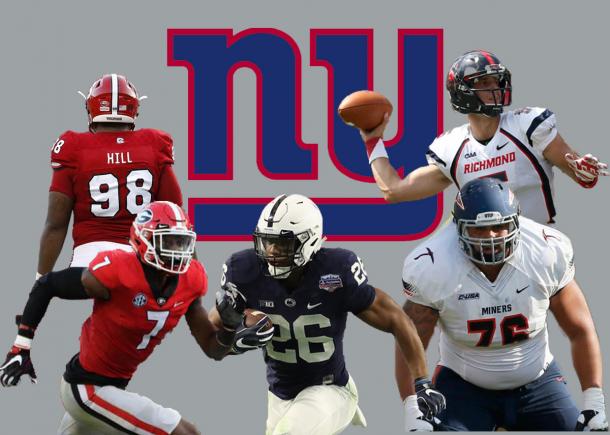 The New York Giants defense had plenty of talent in 2017. There were plenty of peacemakers on that side of the ball. What really derailed the Giants season in 2017 was the offense. They really addressed those needs in the draft.

For starters, the selected the most complete running back since Adrian Peterson. Barkley grew not to far from the New York area and feel in love with New York on his visit. In three seasons at Penn State, The two time Big Ten Offensive Player of the Year totaled 5,038 scrimmage yards and 51 touchdowns. He is an immediate upgrade over what the Giants have on the roster. Eli Manning and Odell Beckham Jr. will have a blast with Barkley on the roster.

Btw 26 in the big blue jersey WILLL be the number one sellin Jersey in America next year. Takin all bets!!!? @saquon can’t wait Lil brudda

Will Hernandez gives the Giants another big blocker that the Giants were missing last season. With the offseason addition of Nate Solder, the left side of the offensive line is solidified. These two will have Manning's blind side protected.

Lorenzo Carter adds depth to a linebacker group that really needs it. The Giants lost Devon Kennard, Jonathan Casillas and Jason Pierre-Paul in the offseason, so Cater fills an immediate need. Once he reached his full potential, NFC East quarterbacks beware. 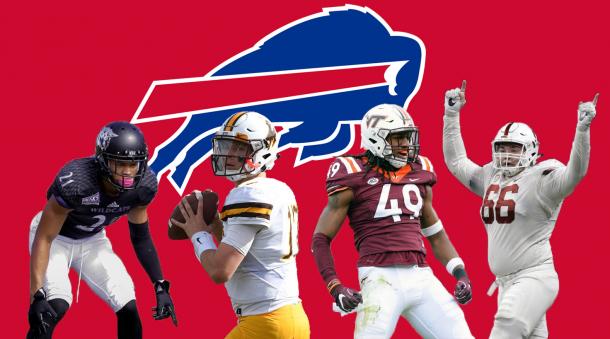 With ​AJ McCarron already on the roster, it will be interesting to see what they do with Josh Allen. Allen has the strongest arm in this draft class and could thrive in the elements of the AFC East and more.

After moving up to take Allen, the Bills moved up once again moved up to take Tremaine Edmunds. Edmunds will be the man in the middle that the Bills have desired. Edmunds combines his elite size, speed and explosiveness into a versatile, productive linebacker that projects him as a future All-Pro in the NFL.

The Bills fans must be loving the Harrison Phillips pick right about now. He reminds a lot of people of a younger Kyle Williams. It is unknown at this time how much playing time Harrison will get with Adolphus Washington and Star Lotulelei in front of him.

With the additions of Johnson and Neal in the defensive back field, the Bills have more play makers outside of Tre'Davious White, Vontae Davis and Micah Hyde. With this steady pace, they could challenge division rival New England Patriots in the next couple of years. 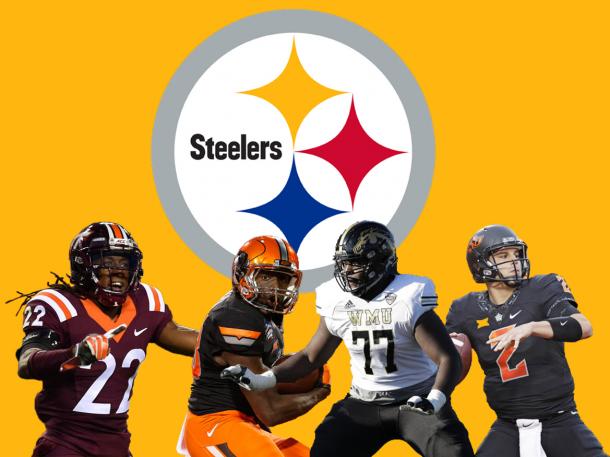 What the Steelers defense lacked in 2017 was players on the defense that could make big plays, game changing plays. They addressed that need with the selections of Terrell Edmunds and Marcus Allen. In three seasons at Virginia Tech, Edmunds recorded 14 passes defended and six interceptions. Allen recorded 10 passes defended and one interception in four seasons at Penn State. Allen also recorded five forced fumbles and recovered two fumbles. When the thought of Steeler safeties of the past comes to mind, these two can easily fit the mold.

James Washington gives quarterback Ben Roethlisberger another weapon at his disposal. Antonio Brown, JuJu Smith-Schuster, Darrius Hayward-Bey and Washington should be a very productive group with Le'Veon Bell also in the mix.

Okorafor adds depth to an offensive line that always seems to be injury riddled towards the end of the season. Okorafor is an insurance policy for Marcus Gilbert and Alejandro Villanueva. Okorafor could possibly emerge as the next big Pittsburgh offensive tackle. 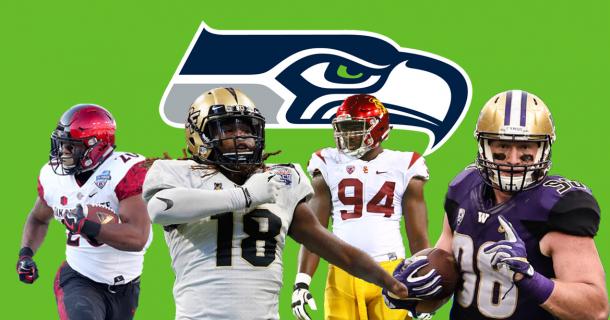 In Penny, the Seahawks make good on releasing Alex Collins a year ago. Penny rushed for 3,656 yards and 38 touchdowns while catching 42 passes for 479 yards and six receiving touchdowns. The lead rusher for the Seattle a year ago was quarterback Russell Wilson. Eddie Lacy, J.D. McKissic, Thomas Rawls and Mike Davis did very little a year ago. Penny will be the threat the running game in Seattle has missed for a couple of seasons now.

The addition of Green and Flowers could develop and take the roles of ​Michael Bennett and Kam Chancellor were in the legion of boom. Green is a pass-rush specialist that will be productive right away. He will definitely be a welcomed addition to the Seahawks defensive line.

And then there is Shaquem Griffin. His selection was in the fifth round was emotional and rewarding. Griffin was one of the fastest linebackers at the combine, running a 4.38. Griffin has been proving doubters wrong for a very long time. Now that he is partnered once again with his brother and learning from the likes of KJ Wright and Barkevious Mingo, Griffin could really find his footing in Seattle.

Odell Beckham Jr. out for the remainder of the season with torn ACL 3 days ago