Thats the end of the first round

Today has finished the first round of the NFL draft.

The first round of the 2022 #NFLDraft. Don't miss what happens next! 👀

Highlights of the draft

The first round of the draft leaves us with several things to highlight:

Only 1 QB was selected in the first round

The last pick of the first round is in charge of Vikings who select Lewis Cinema
11:30 PM4 months ago

The penultimate first-round player selected by the AFC champions is Daxton Hill
11:24 PM4 months ago

Linebacker with 66 tackles 8 sacks and deflected ball in addition to being on the ideal team 3 times.
11:06 PM4 months ago

Titans select Treylon Burks in the 18th round
10:00 PM4 months ago

The eagles receive AJ Brown in exchange for pick 18 and 101 that will be from Titans
9:59 PM4 months ago

He only allowed 6 pressures on the QB in addition to being a starter in 4 different positions
9:52 PM4 months ago

The eagles have the 13th pick and choose Jordan Davis

The Vikings give their pick 12 to the Detroit Lions in exchange for various picks.

In exchange the Saints give 3 picks

The other great tackle Cross is good with the use of the hand, does not allow pressure on the QB and opens spaces
9:09 PM4 months ago

Who is Evan Neal

Offensive tackle protects the run and is a great acquisition from the giants, 40 career starts and only 1 sack allowed
8:55 PM4 months ago

Again the NY Giants in the draft choose Evan Neal
8:52 PM4 months ago

Who is the pick 4

The Jets select Ahmad Gardner from Cincinnati
8:30 PM4 months ago

Who is the new player of Texans?

Who is the new player of Lions

Lions on the clock

The #2 pick is Aidan Hutchinson who will play for the Lions.
8:20 PM4 months ago

Who is Trevon Walker

Jags on the clock

The Jacksonville Jaguars select Travon Walker as the #1 pick in the 2022 draft
8:07 PM4 months ago

The draft has started I hope you enjoy it.
7:57 PM4 months ago

The champions of NCAA

The current champions of collegiate football released a video remembering the last time one of their players was pick # 1 overall in this case it was Stafford who ironically is the current NFL champion.

There is a great atmosphere in Las Vegas Nevada with 20 minutes to go before the start of this year's draft.

#NFLDraft is taking over Vegas

Round 2 of the draft will have the peculiarity of mentioning the players through the legends of each team.

NFL legends and active players will announce various selections in Las Vegas. Below is the list of players scheduled to make selections in Rounds 2 and 3 of this year’s NFL Draft: pic.twitter.com/4fuun3t4OB

Ole Miss QB Matt Corral who recorded 3349 yds passing, 20 TD and only 5 INT in the most recent season.

Which team is drafting the @OleMissFB QB?

The time for choose

For the first round all teams have 10 minutes to choose the player or to trade with another team.
7:21 PM4 months ago

Despite having just finished the Superbowl in February, and with several months to go before the start of the regular season, the first round of the NFL draft begins in a few minutes.
7:16 PM4 months ago

Do not miss a detail of the NFL Draft 2022 live updates and commentaries of VAVEL.
7:11 PM4 months ago

NFL Draft 2022 How to watch Stream on TV and Online

If you want to watch the NFL Draft 2022 Live on TV, your options is ESPN

Being the #1 overall pick brings a lot of expectations and to some extent pressure, plus it doesn't guarantee having a high-quality player to help you get the Vince Lombardi.

Such is the case of Sam Bradford, Jameis Winston, Jared Goff, Baker Mayfield, David Carr just to mention some players who did not have a brilliant step in the NFL as far away

Good players who were not selected in 1 round

Tom Brady | Draft: 2000 | Pick: 199 | Team: New England Patriots | Position: QB - Quarterback
The famous and unrepeatable Pick 199
Tom Brady was selected by New England and no one had bet on him, however, the QB that emerged from Michigan proved to be the best. that they were wrong and became in one of the best passers in history.

His career was so notorious that he managed to 7,338 yards and was a Pro Bowler twice and a First-Team All Pro.

Ben has made a big step in Heinz Field he has played three Super Bowls, he has two championship rings and now he has become one of the best QBs in the entire NFL, he recently retired and we have no doubt that will be in the hall of fame

The importance of the draft

In recent years the Draft has been the key to change the destiny of the teams and make contenders, since since 2011contracts for rookies so franchises get to have four-year stars for much less than high-caliber veteran players. To sample the reigning champion Rams who will miss out on the first round due to last year's trade for their former QB Mathew Stafford
6:51 PM4 months ago

Favorites of the draft 2022

Aidan Hutchinson, Kayvon Thibodeaux from Oregon and Travon Walker from Georgia, are the favorites to be selected in the first picks. 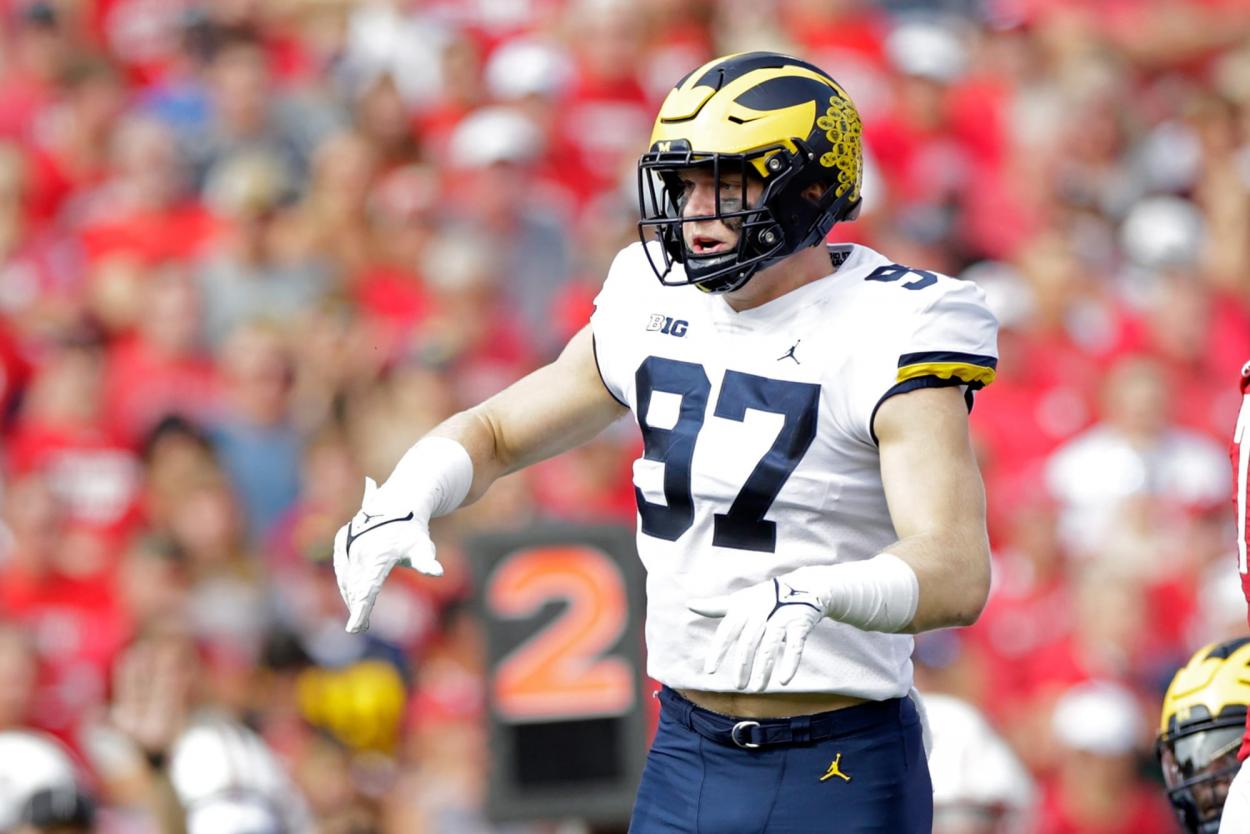 Malik Willis, quarterback of Liberty is shaping up to be the first QB selected in this draft being in many mock dfaft the pick #6

New Orleans Saints (from Philadelphia Eagles, 9-8, eliminated in the wild card round)

Pittsburgh Steelers (9-7-1, eliminated in the wild card round)

New England Patriots (10-7, eliminated in the wild card round)

Green Bay Packers (from Las Vegas Raiders, 10-7, eliminated in the wild card round)

Arizona Cardinals (11-6, eliminated in the wild card round)

Dallas Cowboys (12-5, eliminated in the wild card round)

Buffalo Bills (11-6, eliminated in the divisional round)

Tennessee Titans (12-5, eliminated in the divisional round)

Tampa Bay Buccaneers (13-4, eliminated in the divisional round)

Green Bay Packers (13-4, eliminated in the divisional round)

The wait is almost over, the 2020 NFL Draft is finally here and 262 college players will fulfill their dreams and sign with NFL teams.

The Draft begins today with the first round, with rounds two and three on Friday before the final four rounds on Saturday.

The first round of the 2022 NFL Draft will take place. held in Las Vegas, Nevada, the venue that was planned since 2020 but could not be carried out due to the pandemic.

Welcome to the NFL Draft broadcast.