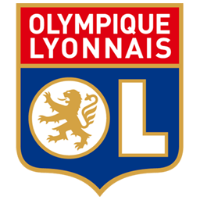 Despite Cristiano Ronaldo scoring twice on the night to give Juventus a 2-1 victory, Lyon advanced to the UEFA Champions League Quarter Finals on away goals, as Memphis Depay’s early Panenka penalty proved crucial.

Juventus hosted Lyon behind closed doors at the Allianz Stadium after finishing their Serie A season on Saturday as champions for the ninth season running. Their form, however, since mathematically securing the title has been poor with Juventus losing three of their last four league matches.

Despite Juventus’ poor form they went into this match with more competitive match sharpness than Lyon.

With the French Ligue One season decided on points per game as a result of Covid-19, Lyon played their first competitive match since March, last week, losing the Coupe de la Ligue final to Paris Saint Germain 6-5 on penalties after drawing 0-0.

The first half - two controversial penalties

Lyon started as the better team with Houssem Aouar making an early impact. His eighth minute volley was saved at the near post by Wojciech Szczesny.

Two minutes later Aouar’s heels were clipped faintly in the box by Rodrigo Bentancur and Lyon were given a penalty after a VAR review.

Memphis Depay converted the penalty on 12 minutes, chipping the ball down the middle sending Szczesny diving to the right, giving Lyon a 1-0 lead on the night and a crucial away goal.

Juventus came back into the game with a host of chances. On the 19th minute Federico Bernarderschi dribbled along the goal line, dropped his shoulder making Lyon goalkeeper Anthony Lopes dive out of goal, Marcelo slid in to knock the ball out for a corner, saving a sure goal.

Ronaldo headed over the bar from a deep Alex Sandro cross in the 20th minute. Gonzalo Higuain also had a similar chance in the 37th minute, this time saved by Lopes.

Ronaldo had his best chance so far as his 40th minute free-kick was just clawed past the near post by Lopes.

Two minutes later another free-kick was awarded to Juve. Miralem Pjanic took it this time, his shot hit Depay’s tucked in arm and referee Felix Zwayer controversially awarded the penalty. Ronaldo slotted the penalty low and to the right, sending Lopes the wrong way and sending Juventus into half-time drawing 1-1 on the night.

The second half - CR7 on a mission

Juventus came out for the second half needing to win the game by two clear goals due to Lyon’s early away goal. Ronaldo took them one step closer on the 60th minute. He cut in from the right before unleashing one of his vintage thunderbolts on his left foot, Lopes got his hand to the ball but that wasn’t enough to stop it hitting the top corner of the net.

Juventus were now up 2-1 on the night and 2-2 on aggregate but Lyon’s away goal still gave them the advantage.

In the next ten minutes Lyon had most of the ball looking to close the tie out.

Ronaldo had another chance on 76 minutes to put Juventus ahead on aggregate as he got his head to substitute Paulo Dybala’s out-swinging corner, unfortunately for Ronaldo he headed over the bar from 10 yards.

Another penalty appeal came two minutes after as Szczesny flapped at a cross, substitute Moussa Dembele looking to latch onto the loose ball was clipped by Aaron Ramsey. Lyon appealed passionately but were instead awarded a corner.

Juventus, needing to score again to advance risked Dybala, bringing him on in the 71st minute. He lasted just 13 minutes before being substituted with a recurrence of the thigh injury that kept him from starting.

With six minutes stoppage time given, Juventus had Lyon pinned in their own half. Higuain was fouled on the edge of the box, the script was written for a late Ronaldo free-kick winner, however, his 93rd minute effort hit the wall and Lyon held on to advance on away goals.

Cristiano Ronaldo – At times it felt like Ronaldo versus Lyon with Ronaldo playing at another level compared to his teammates. His two goals on the night were not enough to drag his Juventus side lacking in recent form through to the Quarter Finals.

Lyon will face Manchester City next Saturday in a one-legged Quarter Final in Lisbon.