The fourth-seeded Portland Timbers host fifth seed Minnesota United in the first round of the 2021 MLS Cup Playoffs at Providence Park.

Portland ended the season on a three-match winning streak while Minnesota United has won just once in their last four outings.

The winner of this match will face top seed Colorado in the Western Conference semifinals on Thanksgiving Day.

Jeff Attinella, Andy Polo and Eryk Williamson are all out for Portland through injury while Felipe Mora and Bill Tuiloma are questionable having missed the last few games.

Minnesota United is fully healthy for this match, listing no players on the injury report.

An ACL injury prematurely ended Blanco’s 2020, but the 33-year-old labored down the long road back to full fitness and regained his form with a vengeance. With seven goals and seven assists in just 1,182 minutes since his summer return, he's been involved in 25% of his team’s 2021 goals, second only to Felipe Mora's 28.5% – and in barely half as much time played.

Argentine maestro Reynoso orchestrates the attack from midfield having scored five goals to go along with a team-leading 10 assists. Lod leads the Loons in goals with nine, forming one of the playoffs most dangerous one-two punches.

Minnesota United has won three in a row against Portland, including the last two at Providence Park.

In July, the Loons were 2-1 winners at home, second half goals from Chase Gaspar and Robin Lod cancelling out Mora's opener.

The match will be nationally televised by ESPN in English and ESPN Deportes in Spanish. Kickoff is set for 5:30pm Eastern time.

Are the Chicago Fire going to do anything? 7 days ago

Chicago Fire: Some things to watch out for in preseason 14 days ago

Chicago Fire: The next steps after selling Jhon Durán 15 days ago

Chicago Fire: What about a back three? 24 days ago 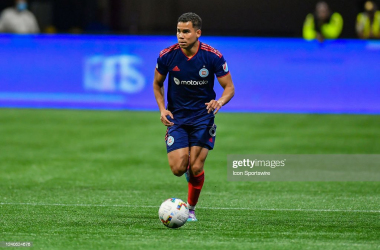