SHE2
END16 hours ago

Great defensive work by Delgadillo, but the visitors prevented the forwards from getting through.
8:20 PM6 months ago

Stephany Mayor's shot, but the ball goes well over the goal.
8:14 PM6 months ago

Great intervention by Alvarado after a dangerous Lacassa's arrival.
8:13 PM6 months ago

Lizbeth Ovalle ended up missing the clearest shot by smashing the ball past the visiting goalkeeper.
8:06 PM6 months ago

Goalkeeper! Lacassa sends a shot, but Emily Alvarado ends up deflecting the ball in a great way.
7:59 PM6 months ago

Maria Sanchez was trying to reach the goal, but Huitema intervened and prevented the play from growing.
7:54 PM6 months ago

Change from Canada. Jordyn Huitema and Chloé Lacasse are replaced by Nichelle Prince and Deanne Rosse.
7:48 PM6 months ago

Cannada changes. Levasseur and Victoria Pickett are replaced by Sura Yekka and Fleming.
7:42 PM6 months ago

The first half is over, at the moment nobody gets hurt.
7:14 PM6 months ago

Few arrivals have been achieved by both teams.
6:56 PM6 months ago

Canada is on top of the Mexican area looking for the first.
6:49 PM6 months ago

A shot that Emily Alvarado ends up saving well.
6:44 PM6 months ago

The match started with both teams looking for the opponent's area.
6:39 PM6 months ago

Actions kick off at the Ciudad de los Deportes Stadium.
6:36 PM6 months ago

Both teams are already on the field at the Ciudad de los Deportes Stadium, getting ready for the kick-off, where they will be looking to put on a good show.
6:18 PM6 months ago

The Maple Leaf players are also already at the stadium where the game will be played and will be looking for a rematch of the last encounter.
6:17 PM6 months ago

The TRI Femenil is already in the building with Monica Vergara at the helm and will be looking to close out the FIFA date with one more victory.

Jordyn Huitema was the player who scored in the last match between these two teams, Huitema will be looking to score in this match and add a victory in this FIFA friendly.
5:58 PM6 months ago

Let the support be felt!

The national team's dressing room is full of messages of support sent by the fans to the tricolor for this match. 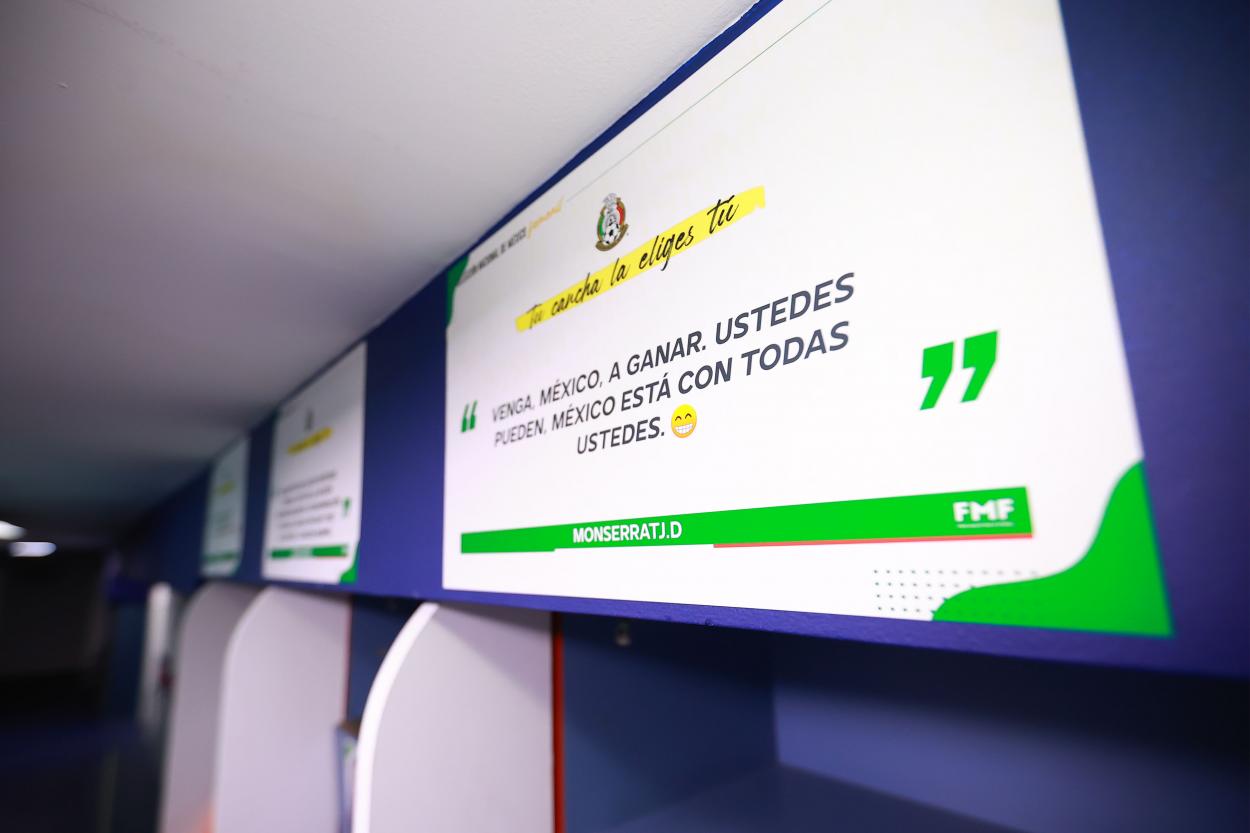 This afternoon will be the first time that the Women's National Team will play a match at the Ciudad de los Deportes Stadium.
5:45 PM6 months ago

Canada has to pay special attention to three players from Mexico; Kenti Robles, the Mexican has accumulated all the La Liga and Champions League games with Real Madrid, Stephany Mayor, striker with the highest number of goals in the National Team this year and Maria Sanchez, player with the highest number of assists in Liga MX.
5:40 PM6 months ago

To continue with positive numbers

The last two games before facing Canada for the first time, the team coached by Vergara were victorious in Mexico; the first one against Colombia, two goals to zero, and the second one against Argentina, six goals to one.
5:35 PM6 months ago

Welcome to the minute-by-minute coverage of the match between Mexico Women and Canada Women, the second of two friendly matches scheduled to take place on Mexican soil. We will share relevant information with you shortly, as well as the confirmed lineups.
5:30 PM6 months ago

In a few moments we will share with you the starting lineups for Mexico Women vs Canada Women live, as well as the latest information from the Ciudad de los Deportes Stadium. Stay tuned to VAVEL's minute-by-minute live online coverage of the match.
5:25 PM6 months ago

How to watch Mexico Femenil vs Canada Fememnil Live Stream on TV and Online?

If you want to watch the game Mexico Femenil vs Canada Femenil live on TV, your options is: TUDN.

Monica Vergara spoke after Mexico's first victory against Canada: "this is being reflected thanks to the work that has been done, we thank our National Team Management for all the support with these matches, our women's league, the clubs, the work they are doing with our players and them for the commitment they are showing, both on and off the field. This is a reward for the effort they have made and I always say that whatever you sow, there comes a time when you reap it."

"It was an extremely complicated match, I am very happy because my players were very resilient, patient, they knew how to keep order when we had Canada crossing on both flanks and finishing us off. I am very happy with the way the team is working, the associations we are starting to have, the communication they have, they are understanding perfectly what we are looking for at every moment of the match, that makes me feel at ease. I am pleased with the hierarchy shown by the team, putting on the field the style we are looking for".

"The first thing is that we have to recover the players who had more minutes today, we are also working to have the whole team in the most compact way in every sense and I don't think there is a difference between them, I have full confidence and we still have two days to continue working and see who is better for Tuesday".

Kenti Robles spoke before the second match against Canada: "It is a year of learning a lot, I have always said that Monica Vergara is the best captain of this ship. She has made us grow a lot, we can grow more, it's a tough learning process and we continue to grow. This is still the beginning."

"Neither when we beat Canada are we the best, nor when we lose to the United States are we the worst. When training ends we are still growing, this has only just begun. I don't know how long it will take to see it bear fruit, I have no doubt.

"The victory was very important, to gain confidence, from the first moment we all believe that this group has the capabilities to get wherever it wants, but the next day we were already thinking about Tuesday's match, which will be very complicated; I think we have to come out even more focused and show that we are Mexico"

"What Monica is most concerned about is that we go in the same direction as a group, become a family, above technical, tactical capabilities, it was to be a group, a family and understand each other on the field."

Greta Espinoza also spoke to the media: "I focus on teamwork, unity, determination, we are all focused on the goal of giving 100 percent of ourselves in every training session and match.

"I focus on working on every aspect of my soccer, physical, technical, tactical, polishing all my qualities and putting them at Monica's disposal. The internal competition will be tough.

"It gives us a boost of motivation to have them present, it is very important that they are cheering us on. It's a different stadium, but the important thing is to focus on our soccer, whatever the scenario."

Prior to the loss to Mexico, Canada Women's defeated New Zealand by the minimum, in this match, they will seek to return to the path of victory and defeat the tricolor on their soil.
5:00 PM6 months ago

They're going for it all!

The team coached by Mónica Vergara will be looking for another victory this afternoon against Canada; with goals from Stephany Mayor from the penalty spot and Alicia Cervantes, the tricolor women's team scored an important victory in their friendly matches. 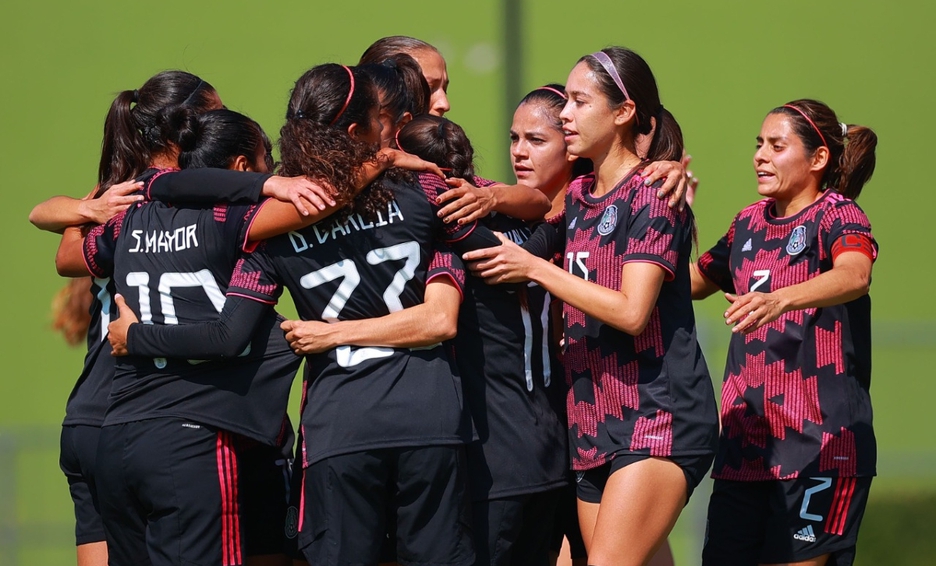 The match will be played at the Ciudad de los Deportes Stadium.

The Mexico Women vs. Canada Women match will be played at the Ciudad de los Deportes Stadium, located in Mexico City. The stadium has a capacity of 36,681 people. 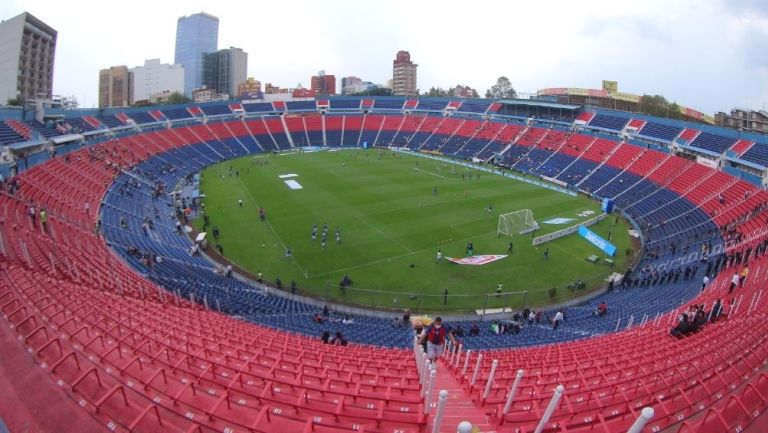