Louis van Gaal revealed that he doesn't think Manchester United are capable of winning the Champions League this season as he feels that his side need to strengthen again in the summer to be in with a chance of competing against teams like Barcelona.

United head into the game with Wolfsburg on Tuesday having yet to secure a place in the round of 16, and are likely to need a win in Germany to progress, something that will be very hard to do. If they do, then Van Gaal says they'll struggle to get much further.

Van Gaal told reporters he doesn't "think we are able to win the Champions League now" and no one would disagree with him even the United fans, but Van Gaal feels that "maybe next year when we strengthen our selection again we can maybe do it" as Van Gaal hints he wants to spend more money again.

United have to get something against Wolfsburg

The permutations for United are simple on Tuesday evening as if PSV Eindhoven win against CSKA Moscow, and they fail to beat Wolfsburg then they are out, but if CSKA can win then United are through, and Van Gaal feels United can win out in Germany.

Van Gaal on the game against Wolfsburg said "yes we can win on Tuesday as in every match we create chances and we create even more in the Champions League" which is a good attitude to have as you can't allow things to get out of hand and rely on other teams to do you a favour. 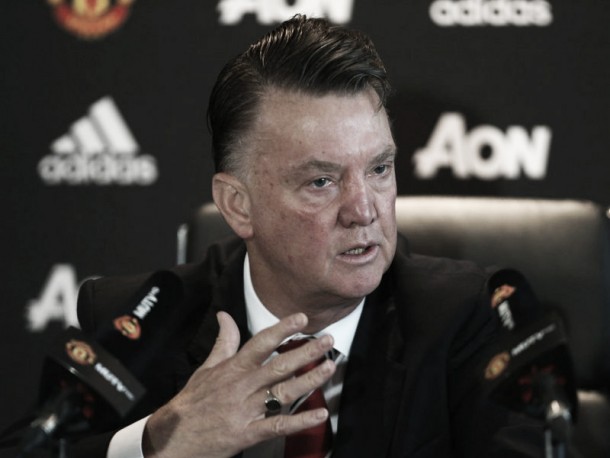 Van Gaal is worried about rest time between the game against West Ham, and the Wolfsburg game saying "playing on Saturday, resting on Sunday and travelling on a Monday is not ideal, but we have to cope" and it's just not United who have to cope with it as other teams are in the same situation.

Chelsea 0-0 Manchester United: Another stalemate for United against a 'Big Six' side 2 days ago

Chelsea vs Manchester United Preview: How to watch, kick-off time, team news, predicted lineups, ones to watch 2 days ago

The Warmdown: Vocal Henderson commands Manchester United into Europa League Round of 16 5 days ago

Europa League success: A springboard for Manchester United 5 days ago
//