Thank you all for joining us in this intense race with an exciting finish, it has been a pleasure to be with all of you.
10:52 AMa year ago

Italian driver's joy with his team

END OF RACE: VICTORY FOR BASTIANINI, FOLLOWED BY BINDER AND POL ON THE PODIUM

We will see if Pol can hold on to third place, he is suffering with his worn tires;

The Italian rider has the race in his hands, while Pol will fight for his brother Aleix to get on the podium;
10:39 AMa year ago

Aleix Espargaro leaves and overtaken by Bastianini and Binder, who lead the race
10:38 AMa year ago

Aleix Espargaro overtakes Marc Márquez and we will see if he has the strength to get on the podium, while Pol suffers, because Bastianini is already there.
10:35 AMa year ago

Aleix Esparagaro approaches Mar Márquez after a mistake, and loses seconds to Binder, so the podium is complicated
10:32 AMa year ago

Bagnaia error and takes ahead of Jorge Martín, who started from pole
10:25 AMa year ago

Binder on the lookout for Pol

The gap at the front is hovering! 👀@BradBinder_41 gets some info from his team as chases after race-leader @polespargaro! 💨#QatarGP 🇶🇦 pic.twitter.com/ZSMMZ1l44I — MotoGP™🏁 (@MotoGP) March 6, 2022

Now the Portuguese rider, Oliveira, goes to the ground
10:23 AMa year ago

Aleíx Márquez  also goes to the ground;
10:22 AMa year ago

Aleíx Espargaro has done a fast lap and has beaten the circuit's pace;
10:19 AMa year ago

Aleix and Mir fighting for sixth place;
10:15 AMa year ago

Binder overtakes Mar Márquez and takes second place, while Pol starts to catch up with his pursuers.
10:13 AMa year ago

10 riders are fighting for the race between Aleix Espargaro and Bagnaia there is very little difference;
10:09 AMa year ago

Fast lap for the Italian driver, Bastianni, who came out in second place;
10:05 AMa year ago

Quatararo overtakes Jorge Martín and the French rider is already in seventh place;
10:03 AMa year ago

22 laps ahead, the two slingshots take the lead, bad start for Jorge Martín
10:00 AMa year ago

A few minutes before the start of the Moto GP World Championship, both warm up the wheels for the first start
9:53 AMa year ago

In a few minutes, the pre-race ceremony begins, where the Qatar anthem will be played shortly.
9:51 AMa year ago

Jorge Lorenzo from motorcycles to microphones

The Spanish rider has gone from pilot to motorcycle racing commentator
9:11 AMa year ago

Exciting race in Moto 2, which ended with the Italian winner, Vietti, following the Italian

This is an epic race for the final podium place between four riders! 🔥#Moto2 | #QatarGP 🇶🇦 pic.twitter.com/SncnR7gl4o

In Moto 3, the Italian Migno won the first race, followed by the Spaniard Garcí and the Japanese Toba
9:03 AMa year ago

The Warm Up was won by Italian rider Bastianni, who will finish second in the race, followed by Frenchman Zarco and Spaniard Aleix Espargaro;
9:02 AMa year ago

The Warm Up was won by Italian rider Bastianni, followed by Frenchman Zarco and Spaniard Aleíx Espargaró
9:00 AMa year ago

In 1 hour the MOTO GP race starts, everything is ready, both the preview and the live race can be followed here
3:35 PMa year ago

Where and how to watch the Moto GP race?

he match can be seen on television through the ESPN

However, nbsp;a good option is to follow it throug is VAVEL

What time is the Moto GP race at the Qatar GP ?

The rider from Madrid has achieved five pole positions in 15 official sessions in Moto GP, this is his 26th pole position in his career;
3:20 PMa year ago

Statement by Mar Márquez, who will start in third position

"I can fight for the top positions” 🎙️ - @marcmarquez93

Closing in on the pace of the fastest riders, it sounds like Marc will be right in the mix for victory ⚔️#QatarGP 🇶🇦 pic.twitter.com/IJMDID11rZ — MotoGP™🏁 (@MotoGP) March 5, 2022

The world champion has suffered a lot to get into Q3 of the Moto GP qualifying, thanks to a good time he qualified alongside Binder. Finally in Q3, the French rider finished in eleventh position and from there will start the Yamaha rider, who wants to defend the crown;
3:05 PMa year ago

The race will be held at the Losail International Circuit, which is located very close to the city of Doha. This circuit has 5830 meters, was built in 2004. It has a capacity for 3000 people and has 16 curves, six to the left and ten to the right. Motorcycle races have been held, Formula 1, the first in the last season where Lewis Hamilton achieved a lap time of 1.20:827. Superbike races have also been held at this venue;
2:55 PMa year ago

The 2022 Moto GP World Championship begins, starting with the first race at the Qatar GP, where Fabio Quartararo will start defending his throne as world champion;

Welcome to VAVEL.COM's LIVE coverage of the Moto GP race at the Qatar Grand Prix. 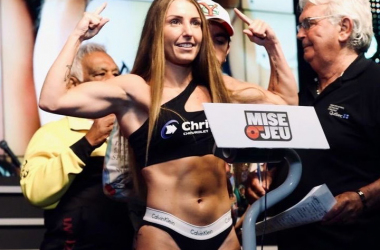