What an season it was for the Memphis Grizzlies.

To start the year, David Fizdale was at the helm for the Grizzlies. Fizdale started his first season as a head coach in Memphis, moving from an assistant role with the Miami Heat, with a strong push to the playoffs. Just 19 games into the season, Fizdale was let go after a 7-12 start.

To say the least, everything went wrong for the Grizzlies. Injuries and player decline was the story for Memphis last season. Fast forward to the 2018-2019 season, things could look the same.

After falling to the fourth pick in the draft in the 2018 Draft Lottery, many were wondering what direction Memphis would go in with their pick.

With the fourth pick, the Grizzlies selected Jaren Jackson Jr. out of Michigan State. Jackson has tremendous size for a power forward/center prospect at 6' 10 with a 7' 4 wingspan and 9' 1 standing reach. Jackson is light on his feet which helps him move around the floor efficiently. Can shoot well from just about anywhere on the floor.

His potential was showcased when dropped 29 points in his summer league debut. Jackson went 8-of-13 from beyond the arc, including a first-half buzzer-beater from just inside half court. Jackson averaged 11.2 points and 8.2 rebounds in five games over the course of five games in the Las Vegas Summer League.

With the 32 pick the Memphis Grizzlies selected West Virginia point guard Jevon Carter. After completing his freshman season, he was a starter for the remainder next three seasons. He was one of the architects of "Press Virginia", coach Bob Huggins's defensive scheme that forces many turnovers. Cater averaged 12.2 points and 3.9 assists in four seasons.

In seven games, Cater averaged 11.4 points, 4.6 assists and 1.1 steals per game in the Las Vegas Summer League. Carter tore a ligament in his right thumb while working out in Las Vegas a little over a week ago. His surgery took place Tuesday, and while it was considered a success, Carter will still be sidelined for at least six weeks. 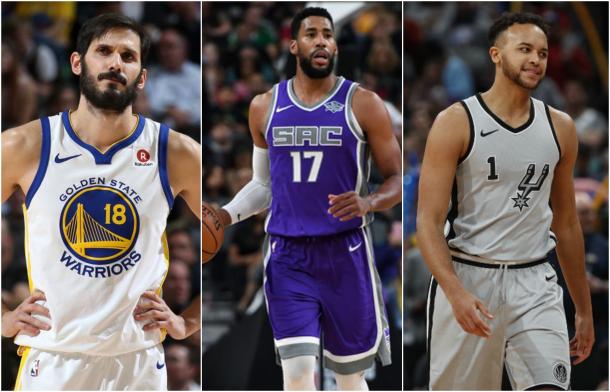 The Grizzlies made two trades this offseason. The first one came on July 17th when Memphis sent Deyonta Davis, Ben McLemore, their 2021 second-round pick and cash considerations to the Sacramento Kings in exchange for Garrett Temple. Their second trade was made on July 23rd, sending Jarell Martin and cash considerations to the Orlando Magic for center ​Dakari Johnson.

Their biggest signing of the offseason was the signing of Kyle Anderson. Anderson received a four-year, $37.2 million offer sheet from Memphis. The San Antonio Spurs declined to match the offer and Anderson signed with the Grizzlies on July 9th.

Omai Casspi signed a one-year, 2.17 million contract. Shelvin Mack was singed to the league minimum and Yuta Watanabe was signed to a two-way contract to round out the roster.

Per the Westgate Las Vegas SuperBook, Memphis' over-and-under is currently at 34.5 wins. Many are anticipating a bug turnaround this upcoming season.

Looking at their offseason, they have an impressive starting five that could be one of the more underrated in the league. Anderson could literally play any position on the floor, Jaren Jackson Jr. adds another dimension to the Grizz offense, and most importantly, the duo of Gasol and Conley are back and healthy. Temple, Harrison, Casspi, Parsons and Rabb round out a bench that Bickerstaff could depend on.

The biggest x factor will be Gasol's and Conley's health. Gasol has had a history of injuries, including foot surgery in 2016. Conley suffered a left Achilles injury early last season. If one or both guys are out, that could spell trouble for Memphis. Chandler Parsons will also need to stay healthy. Parsons played in just 34 games during the 2016-2017 season and 36 games last year.

Growth from the young guys like Ivan Rabb Dillon Brooks will also be important. Giving quality minutes to rookies Jaren Jackson Jr. and Jevon Carter will be crucial to their development as well. Rabb and Jackson Jr. appear to be the future for the Grizz front court.

In a crowded Western Conference, it could be one more year for Memphis to get back into the mix and return to the playoffs.