Kobe Bryant's wife of nearly 20 years, Vanessa finally broke the silence after the tragedy that happened on January 26th., where her husband and daughter died in a helicopter accident at Calabasas, California.

Vanessa and Kobe Bryant married in 2001 and would have celebrated their 19th wedding anniversary in April.

Bryant's wife said she and her three surviving daughters have been completely devastated.

"There aren't enough words to describe our pain right now," she wrote on Instagram. "I take comfort in knowing that Kobe and Gigi both knew that they were so deeply loved."

She described the Lakers legend as ''an adoring husband and father'' and called Gianna "a loving, thoughtful, and wonderful daughter" and an amazing sister to their three other daughters, Natalia, Bianka and Capri.

"I'm not sure what our lives hold beyond today, and it's impossible to imagine life without them. We will wake up each day, trying to keep pushing because Kobe, and our baby girl, Gigi, are shining on us to light the way." 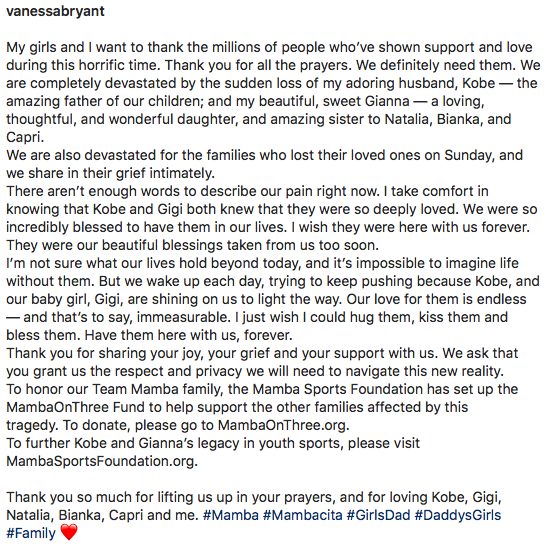 Aside from posting this message, Vanessa also updated the profile picture to a photo of Kobe Bryant smiling at Gianna, with her arms around her father's neck. 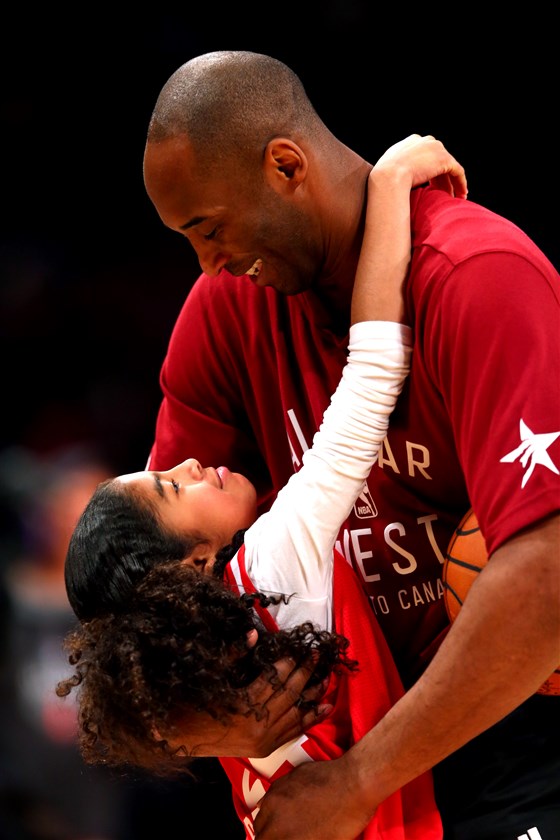 Hollis-Jefferson Picked-Up By Minnesota 10 hours ago

Schroder Ready to Step Into A Bigger Role 12 hours ago

Jazz to Have Fans at Games Next Season 18 hours ago

Green Returns to Houston 18 hours ago