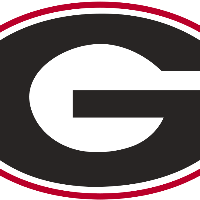 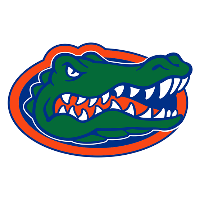 Thank you for following along here on VAVEL. The recap of the game will be up shortly. This is Thomas Cluck saying so long!
4:02 PM5 months ago

Huge win for Georgia, high-quality performance from the Bulldogs and dominant showing on third-down the entire game to silence the doubts and extend their winning streak over their rivals Florida to three straight in the World's Largest Outdoor Cocktail Party with a 24-17 win in Jacksonville!
4:02 PM5 months ago

Smart play fake from Florida and Dan Mullen, pulling Freddie Swain wide for a two-yard touchdown pass and the PAT makes it a one-score game!
3:49 PM5 months ago

Brilliant deep pass on the play-action from Jake Fromm, 52 yards to Lawrence Cager for a huge Georgia touchdown here in the fourth quarter!

Kirby Smart elects to go for the two-point conversion and converts again to Cager to make it a 14-point game.

Contested catch goes the way of Florida on a 23-yard Kyle Trask passing touchdown to Van Jefferson and the PAT makes it just a six-point game here in the fourth quarter in Jacksonville!
3:12 PM5 months ago
That's the end of the third quarter here in Jacksonville, with Georgia leading Florida 16-3.

Fourth quarter from TIAA Bank Field coming up next.

The Dawgs add on another three to their lead in the first possession of the second half after a good 27-yard field goal from Rodrigo Blankenship.
2:36 PM5 months ago
The second half is underway and Georgia receives the ball and begins on offense!
2:28 PM5 months ago
That concludes the first half of football here in the World's Largest Outdoor Cocktail Party at TIAA Bank Field in Jacksonville, Florida!

The Georgia Bulldogs will receive the ball first to start the next half.

Two close-calls on deep balls from Jake Fromm both just miss the mark and Georgia has to settle for a field goal, a successful 37-yard shot from Rodrigo Blankenship to make it a two-possession game again.
2:03 PM5 months ago

Florida gets on the board after Kyle Trask gets the down-field passing game going for the Gators before Evan McPherson's 38-yard field goal attempt is good.
1:52 PM5 months ago

On third down, Zuniga is back in Florida front four.
1:35 PM5 months ago

Gators star defensive end Jabari Zuniga out for the second straight defensive series. Zuniga missed the last game with an ankle injury and was a game-time decision today for Florida.
1:34 PM5 months ago
That's the end of the first quarter here in Jacksonville, with Georgia leading Florida 3-0.

Quarter two from TIAA Bank Field coming up next.

A strong drive on their first possession for Georgia results in three points after a successful 31 yard Rodrigo Blankenship field goal. The Bulldogs were perfect on third down until their final try in the redzone.
1:09 PM5 months ago
A promising drive for Florida comes up with zero points as a close first-down class is reversed and Dan Mullen decides to go for it on fourth down in Georgia territory before Kyle Trask's pass is incomplete to turnover the ball on downs. Huge stand from the UGA defense!

The Bulldogs will get their first shot on offense next when they get the ball!

Florida's chance to turn this season from a good one to a great one hinge on their rivalry matchup with Georgia in Jacksonville, eager to avenge their last two losses to the Bulldogs in the Cocktail Party.

Dan Mullen has adjusted throughout the season with his offense and getting star wide receiver Kadarius Toney back in the lineup will be a huge asset for Florida's attack. Mullen and the Gators will look to establish a stronger running game against the Dawgs as well. Florida defensive coordinator Todd Grantham's unit has been the strength of the Gators all season, blitzing Auburn young freshman quarterback Bo Nix out of The Swamp to win their biggest game to date. Grantham has struggled against his former team in Georgia in this rivalry in past meetings but with his two best players in Zuniga and Greenard back, he'll have his best shot at stalling Georgia's progress.

Saturday's annual rivalry tout in Jacksonville will be the decisive point for Georgia's season, with a win keeping their SEC Championship, College Football Playoff, and National Championship hopes alive, while a loss could mean a true disappointment in 2019 for Kirby Smart and the Bulldogs. While one loss to an up-and-down South Carolina team has largely been over-analyzed and seen as the end of Georgia's season, the Bulldogs haven't had many chances since then to prove the Gamecocks loss was a one off with the super-storm like conditions in their most recent game against Kentucky the only data point since then.

The Dawgs will hope to get go-to wide receiver Lawrence Cager, a Miami transfer, back into the lineup this week as Jake Fromm's number one target and get their tight end Charlie Woerner and wide receiver George Pickens more involved in the game plan as well. On defense, the Georgia front will need to live up to their hype and pressure Florida's Trask and force the Gators into a one-dimensional unit.

Possibly the biggest edition of the World's Largest Outdoor Cocktail Party Georgia-Florida game in Jacksonville in a decade is set for Saturday at TIAA Bank Field as the number eight Bulldogs face the sixth-ranked Gators in a de-facto SEC East Division Championship Game and potentially also a College Football Playoff Round of 16 duel.

Still reeling from their disappointing loss to SEC East rivals South Carolina three weeks ago at home in Athens, the Georgia Bulldogs are looking to re-inspire confidence in their offense and assert themselves as a playoff contender once again. The Bulldogs' most recent game two weeks ago at Sanford Stadium, a 21-0 defeat of Kentucky, certainly assuaged no questions about Georgia's offense and junior quarterback Jake Fromm despite two strong previous seasons and a marquee win against Notre Dame in week four at home. Head coach Kirby Smart and offensive coordinator James Coley have hinted at new wrinkles in the Georgia offense that just weren't able to be shown against Kentucky due to the torrential rain that night so UGA fans will wait to see early against rival Florida if the offense has found a new spark.

Riding high off an over-performing season so far and a high number six ranking, Florida is looking for their first win against Georgia since 2016 and first in the Dan Mullen era in Gainesville. Playing with backup quarterback Kyle Trask after a season-ending injury to starter Feleipe Franks  sidelined the former five-star recruit, the Gators have done remarkably well, exceeding expectations with Trask, who never even started a game in high school before becoming QB1 at Florida. Florida's only loss of the season came at the hands of number one LSU in Baton Rouge and the Gators get defensive stars Jabari Zuniga and Jonathan Greenard back, a key for their chances to limit UGA's offense and pressure Fromm.

How to watch Georgia vs. Florida Live TV and Stream

The Georgia vs. Florida game will be played at TIAA Bank Field in Jacksonville, Florida. The kick-off is scheduled at 3:30 PM ET.
11:54 AM5 months ago
Welcome to VAVEL.com’s LIVE coverage of the 2019 World's Largest Outdoor Cocktail Party: Georgia Bulldogs vs. Florida Gators!