Manchester City have a grisly reputation for spoiling English talent.

In the last eight years, the Premier League champions have spent £108m on English players; but today, only Joe Hart occupies a relatively secure role in Manuel Pellegrini's starting eleven.

Daniel Sturridge, Adam Johnson, Jack Rodwell and Micah Richards have all parted company with the despondency of the Manchester City bench in a bid to revitalise their careers in recent years, and the club has been heavily criticsed for contributing to the England national team's gradual demise.

But that criticism has been unfair. City's current relationship with English players certainly requires some counselling, but the money they have invested in trying to encourage the Three Lions to roar in the last eight years shows a willingness to facilitate the development of English talent.

Joleon Lescott and Gareth Barry established themselves as key members of the team during their time in Manchester, making a total of 239 appearances for the club between them. Joe Hart, signed by the blues for £660,000 from Shrewsbury Town in 2006, is now England's first choice goalkeeper and James Milner is regarded as one of the club's most crucial squad players. With the exception of Scott Sinclair, Manchester City present their English players with the opportunity to secure first-team places, and if they fail, it's either down to persistent injury, or simply because they're just not good enough.

One Englishman who could make an impact at the Etihad Stadium is Southampton's Jay Rodriguez.

The striker ruptured his anterior cruciate ligament in a 4-1 loss to Manchester City in April and subsequently missed out on England's appalling World Cup campaign in Brazil. The injury polluted a successful campaign in which the 25-year-old scored 15 goals, and a season that attracted both Liverpool and Tottenham Hotspur.

But since Álvaro Negredo's departure to Valencia on transfer deadline day, Rodriguez has emerged as a target for Manuel Pellegrini who is keen to infuse his squad with more English flavour. The forward's low-key reputation makes him an unexpected target for the riches of the English champions, but the former Burnley striker's impressive list of attributes renders him an ideal partner for Sergio Agüero, Edin Džeko or Stevan Jovetić. 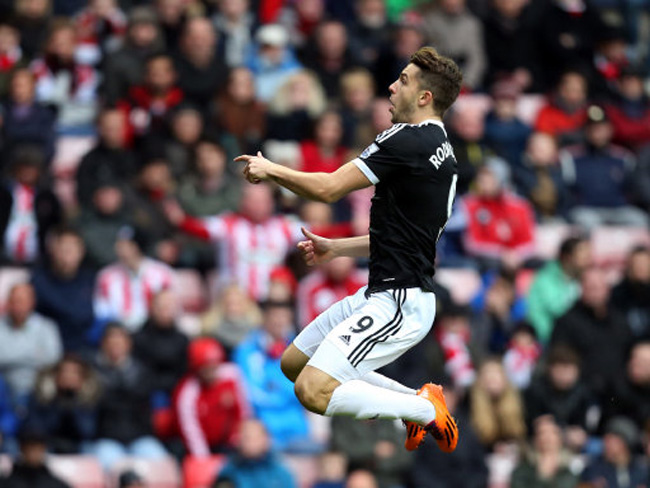 Rodriguez is a poacher and likes to play off the last man. Thirteen of the 25-year-old's 15 goals last season came from inside the box and his tendency to linger inside the penalty area will make him an excellent target for the whipping crosses of Aleksandar Kolarov and Pablo Zabaleta.

At 6ft 1, the striker also offers a physical presence up top and his three headed goals last term evidences his ability to intimidate defenders. Álvaro Negredo's muscular build gave the blues a physical advantage in the striking department in their 2013/2014 title win, and Rodriguez's stature could prove Manuel Pellegrini with the same power in his forward line.

The Southampton man's physicality would perhaps make him suited to a partnership with the technicality and pace of either Sergio Agüero or Stevan Jovetić, but Rodriguez also possesses the speed and agility that Edin Džeko lacks and requires alongside him. His willingness to run at defenders makes him a capable left winger when called upon, and in a 4-5-1 formation that utilises Jesus Navas on the right flank, Rodriguez would provide City with some much needed balance.

Injury has presented a sizable obstacle in Manuel Pellegrini's preparations since joining the club in 2013, particularly higher up the pitch. Sergio Agüero and Stevan Jovetić are famed for their respective unfortunate relationships with injury trouble, but Jay Rodriguez has experienced injury just twice in his entire professional career. The forward is currently recovering from a ruptured anterior cruciate ligament and is expected to return next month, but his last injury came in October 2009 whilst he was at Burnley. His fortunate history with injury suggests that he would be available for selection on a regular basis.

(The 25-year-old's brief history with injury is promising - via transfermarkt.co.uk)

With only three strikers at his disposal, Manuel Pellegrini requires a fourth option to ensure Manchester City conduct a successful title defence this season. Álvaro Negredo's departure removed physicality from City's strike-force, but Jay Rodriguez's strength and pace makes him an ideal replacement for the Spaniard.

At £15m, the Englishman could prove to be a cheap and successful purchase.