Manchester City manager Manuel Pellegrini has said that he cannot wait to get Argentine striker Sergio Aguero back to full fitness, as it was evident that the defending champions lacked a certain cutting edge to their bow during their 1-1 draw with Everton earlier on today.

The visitors missed a number of goal-scoring opportunities and were made to pay for it, courtesy of Steven Naismith's header soon after Fernandinho's opener. 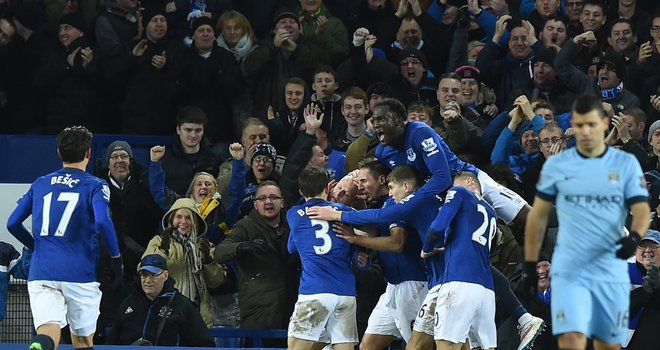 Aguero scored 19 goals in 23 matches before being ruled out with an injury back in December, and although he came off the substiutes' bench late on, he could not have a match-winning effect on the game, which he normally does.

Pellegrini had this to say, on the Aguero matter: "It is important for the team. Sergio just worked two or three days with the squad this week, and now he has a full week to continue working. I think we really dominated the game, especially in the first-half, and we had clear chances but we didn't score. I hope he will return in a few days and perform how he did before he was injured."

As a result of being unable to close out the match, City have lost ground on Chelsea again in the title race, with the defending champions now two points behind The Blues at the top of the pile.

Lastly, Pellegrini seemed as though he was not too concerned over the matter: "Everyone will drop points from now until the end of the season. I never thought before the game this was an easy one to play."

The Warmdown: Man City see off Marseille in majestic victory&nbsp; a day ago

The Warmdown: City come from behind to beat Porto in Group C 7 days ago

Where and when are Manchester City's players on international duty&nbsp; 23 days ago