Manchester City's first-choice goalkeeper, Joe Hart, has publicly admitted that himself as well as teammates can have no excuses after they were made to look seemingly ordinary during their disappointing 2-0 away defeat at the hands of Mark Hughes' Stoke side at the Britannia yesterday.

Hart, 28, returned to the starting XI after three games out of the side with a hamstring issue, which he suffered during the latter stages of City's 1-0 Champions League group stage defeat against Serie A giants Juventus towards the end of November.

Hart was unsurprisingly good, his teammates, were not

England's number one made a string of fine saves to deny the hosts' relentless counter-attacking football, but was helpless to stop Marko Arnautovic from grabbing a well-deserved brace from close-range early on after excellent link-up play between the maverick Austrian and fellow attacking forward Xherdan Shaqiri.

After the loss, Hart admitted that the team collectively need to turn out performances of a "7 out of ten" quality each week, relying on other players to produce eights and nines. Instead, they struggled to do that. He was quick though, to congratulate the opposition, saying he felt they "deserved to win" on the afternoon.

Joe admits City can have no excuses

Two goals in the opening fifteen minutes set the tone for a miserable afternoon in a windy, gloomy atmosphere at the Britannia - Hart admitted it was a "disappointing" start from Manuel Pellegrini's men and they failed to recover from that. 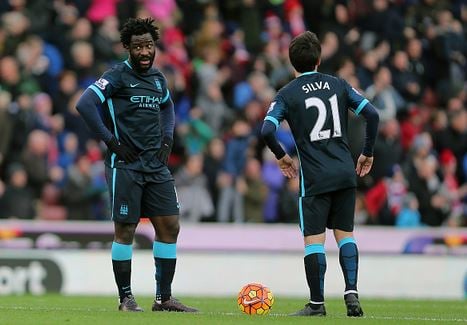 "A few of the lads are feeling it [fatigue] from the amount of games we're playing but that's not an excuse. They played better than us, and deserved to beat us."

After this latest result, the sky Blues have relinquished top spot in the Premier League - with Leicester City moving back to the top of the pile. Consistency is the key for success in the top flight, and many components of this display are sure to give Pellegrini doubts about whether his side can sustain a proper title charge, considering they have the best squad depth and quality in the league.

The Warm Down: City leave it late to survive Wolves scare 2 days ago

The Warm Down: City take first step in Round of 16 8 days ago

The Warm Down: Gunners fall short to Sterling bullet header 11 days ago

Arsenal vs Manchester City Preview: How to Watch, Kick-Off Time, Team News, Predicted Lineups and Ones to Watch 13 days ago

The Warm Down: Manchester City battle hard to knick win at Goodison Park 15 days ago