The Welshman recently represented his country at the Toulon Tournament. He joined the Reds from Newport County, for whom he is the youngest player to appear in the league. 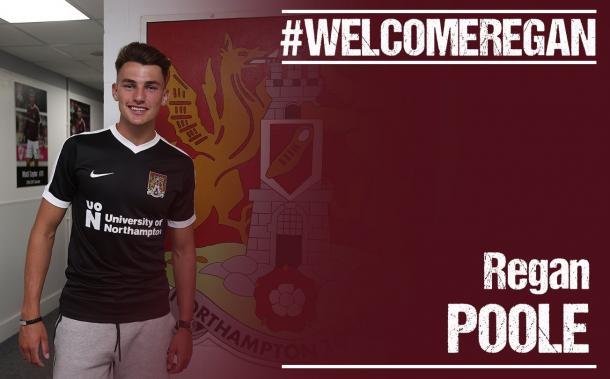 Poole joins up with former-boss Edinburgh

Poole will be reunited with the manager who gave him his debut at Newport, Justin Edinburgh. Given the chance by Edinburgh, Poole excelled and played 15 times for Newport in the Football League, despite being just 16.

He joined United for an undisclosed fee and, although international clearance prevented him from playing competitive matches for some months, Poole trained with the first team side on a number of occasions. Once he was permitted to play, Poole impressed, in both central defence and holding midfield.

He was rewarded with a first team debut under Louis van Gaal against FC Midtjylland in the UEFA Europa League, a substitute in added time on the day Marcus Rashford began his fairytale six months with a double against the Danish side.

Poole captained United at the 2017 Dallas Cup and has asserted himself as a good prospect in defence in the 2016/17 season. Having experienced first team football before in the Football League, a loan move at Northampton will be an excellent opportunity to take his good under-23 form and replicate it on the senior stage, thus earning the attention of José Mourinho.

Others at United are expected to follow Poole out on loan, including Demi Mitchell, the left-back who thoroughly impressed on his debut against Crystal Palace at the end of last season. Meanwhile, Poole could make his Northampton debut against the same opposition as for his Newport debut, against Shrewsbury Town, with the season kicking off on August 5th.

A trip down memory lane: That night at the Parc des Princes a day ago

Opinion: The biggest winners from Manchester United's victory over Newcastle United 2 days ago