Manchester United are reportedly the next Premier League side to announce their new shirt sleeve sponsor ahead of the 2017/18 season, with it been reported that they have signed a £12million-a-year deal with dating app Tinder.

An opportunity too big to swipe left on?

The new commercial opportunity of shirt sleeve sponsor will be open for Premier League clubs for the first time this season, with nine clubs including Chelsea and Manchester City already selling off their left sleeves to the highest bidder.

United are one of the biggest global brands on the planet receiving millions in advertisement every year from the likes of Chevrolet and Adidas, and it seems the Silicon Valley based dating app wants in on the United brand.

It was reported by The Daily Mail that Tinder are looking to create a more mainstream image and global following for their brand, and with the application currently boasting 50m users and 1bn swipes a day it does seem a match made in heaven for both parties.

The club declined to comment on the deal but this wouldn't be the first venture into the football industry for Tinder, having already struck a deal with Napoli which includes special interaction with their striker Arkadiusz Milik. 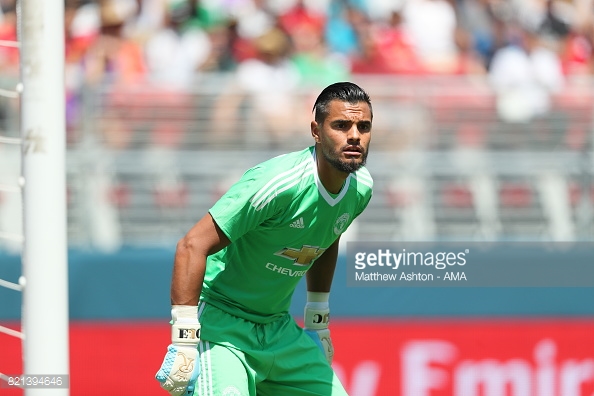 "Show them we are ready to fight for every trophy available"

Back on the pitch, José Mourinho's men are preparing for their final game of what has been overall a very positive pre-season campaign, as The Red Devils travel to Dublin to take on Italian side Sampdoria.

United have won five of their six pre-season games so far with the latest being the comfortable 3-0 win over Valerenga on Sunday. The clash at the Aviva Stadium will be the final game before their UEFA Super Cup clash with Real Madrid and goalkeeper Sergio Romero stated the clash with his former club will be the ideal warm-up.

"I think that it will be a nice match," Romero told manutd.com. "Because it will be a good game for Sampdoria to play and to be able to measure its quality against Manchester United.”

“We know that we have a lot of fans in Dublin," the Argentine stated. "And we hope to be able to give them a great match because they will surely pack the stadium."

"We hope to be able to show our fans in Dublin," Romero concluded. "That we want to fight for all the competitions that Manchester will play this year.”