Wantaway Southampton defender Virgil van Dijk has told the club he wants to leave, handing in a transfer request just days before the new season.

The request means Saints boss Mauricio Pellegrino may be forced to sell and replace the centre half before the opening game of the season against Swansea City.

Time to move on

In a statement this afternoon, van Dijk revealed he had made the decision after the club’s ‘plans to implement a disciplinary sanction’ equating to a fine of two weeks wages.

The Dutchman continued by saying: “Over the past six months, I have held numerous discussions with representatives of the board, the former manager Claude Puel as well as the new manager Mauricio Pellegrino to inform them of my desire to leave the club in search of a new challenge.”

The player also added: “I am incredibly ambitious and want to achieve as much as I can to fulfil my potential in what is a very short career as a professional footballer.”

Van Dijk’s comments are likely to anger Saints fans, given the former Celtic man pledged his loyalty to the club just one year ago. 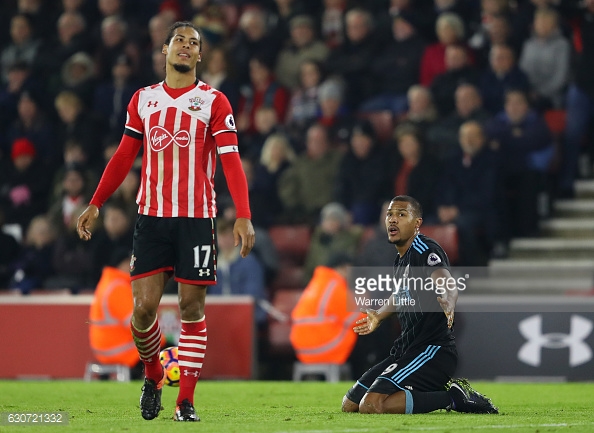 However, the move has been on the cards for a while. Van Dijk has been on the sidelines since the beginning of the year and rumours of him favouring a move to Liverpool have intensified greatly over the recent months.

A whole host of clubs will be on high alert to bring the Saints man to their club, with Jurgen Klopp’s men in pole position. Chelsea and Arsenal are two other potential destinations for the 26-year-old, however with the Gunners out of the Champions League this year, they may struggle to attract the player.

The manner of van Dijk’s statement means it is highly unlikely that he will feature for the club in the future, however Southampton seem determined to reject any offers that may come in for him. The South Coast outfit have already accused Liverpool of tapping up the man-mountain earlier in the summer.

What can Sekou Mara bring to a frugal Southampton frontline? 2 months ago

Broja bids farewell having &#39;loved every minute&#39; 4 months ago

Ward-Prowse nominated for Player of the Season 5 months ago

"I could change all eleven!": Key Ralph Hasenhuttl quotes from post-Burnley press-conference 5 months ago

Southampton vs Everton Preview: Form Guide, Ones to Watch, Head-to-Head, Team News, How to Watch 8 months ago

Manchester United vs Southampton preview: Form guide, ones to watch, team news, predicted line-ups, head-to-head and how to watch 8 months ago

'A new beginning' for Saints after ownership deal 9 months ago