Crystal Palace have completed the signing of striker Alexander Sørloth from Midtjylland.

The 22-year-old is believed to have joined for a fee of around £9 million, signing a four-and-a-half year deal. He joins the Eagles with an impressive goal record in his native country.

Sørloth has netted 15 times in 26 appearances across all competitions for the Wolves. He also has 12 caps for Norway’s senior national team, scoring once, and has also appeared at every youth level from the under-16s – scoring seven times.

The former Rosenborg forward adds much needed goals to a Palace side that has struggled in front of goal this season. The Eagles have scored 23 times in 25 games and failed to net in their first seven.

Palace’s only fit centre-forward, Christian Benteke, has scored just twice this campaign, the second coming in last night’s 1-1 draw at West Ham United and the Belgian – whose 17 goals last season were a big reason for the South Londoners’ survival – will benefit from extra competition.

Fellow Palace striker Connor Wickham has been absent with an anterior cruciate ligament injury since November 2016 and is not expected to return until the final months of this Premier League campaign.

Sørloth is expected to be joined at Selhurst by Ibrahim Amadou, the Lille utility man who can play in both midfield and defence. The uncapped Cameroonian was reportedly on a Eurostar to London where he was being taken to Palace to negotiate a loan deal with a view to a permanent transfer in the summer.

Palace were also interested in Preston North End forward Jordan Hugill, but have since pulled out with due to securing Sørloth and the Lilywhites man is expected to join West Ham.

Arsenal vs Crystal Palace preview: How to watch, kick-off time, team news, predicted lineups and ones to watch4 days ago 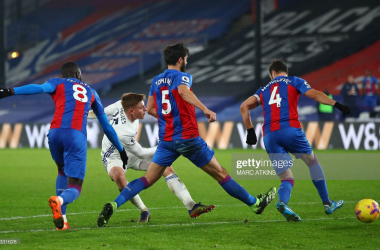 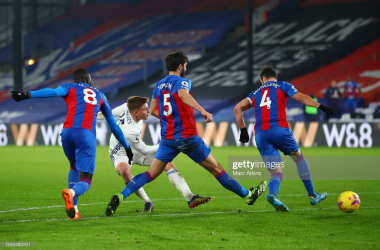