A legend of the hardcore genre of wrestling, Mick Foley, is expected to appear on an upcoming episode of Monday Night Raw, as the build up to WrestleMania 32 continues.

The 50-year-old was inducted in the 2013 Hall of Fame, and has been away from the company since 2014 when he was part of the WrestleMania 30's pre show panel. 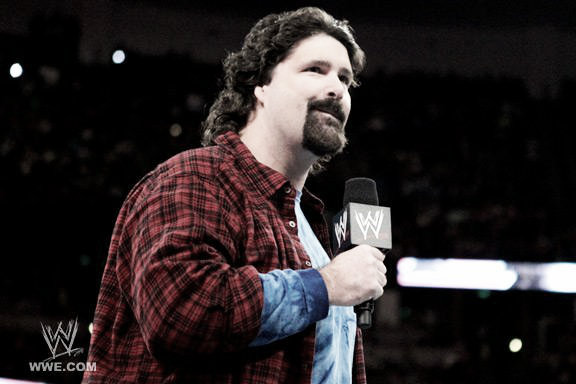 The veteran is not likely to appear at the upcoming episode of Raw, but the following shows are more likely options for his appearance. The capacity surrounding his return has not been revealed, but with the subtle hardcore element involving many matches on April 3rd, it will not be hard for the creative team to find something for the Hardcore Legend to have a segment in.

A former WWE champion, Foley is currently on good terms with the company since leaving and ultimately retiring in 2014. He is already in partnership to promote the event. Having this sort of relationship with a man who has already sacrificed so much to the entertainment industry could prove invaluable and will make WrestleMania 32 even more of a grand event than it is already being billed as.

The Rock has already been announced for the 'show of shows' but his role has yet to be announced, with a match already looking unlikely, but a segment involving the two real life close friends (Dwayne Johnson and Mick Foley), who were once tag team champions as The Rock 'n' Sock Connection, will ultimately draw fans, and will add another layer to the show that looks set to shatter the 100,000 attendance in the AT&T Stadium in Dallas, Texas. 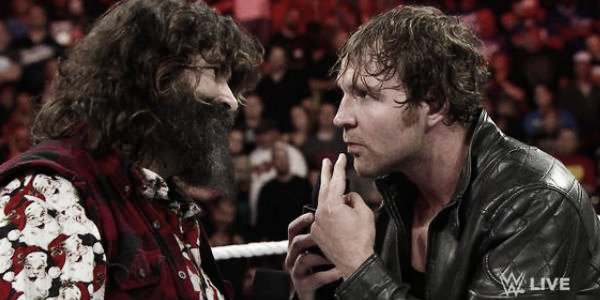 The Hell in a Cell match involving Shane McMahon and The Undertaker is one of the first storylines that spring to mind. The narrative has yet to be truly delved into, and if Foley picks a side in the battle it may help further the drama. He has a history involving the match stipulation thanks to his iconic match with the Phenom in 1998, as he was thrown off the top of the cage onto an announce table in what is one of the most heart stopping spots ever.

Dean Ambrose is hailed as 'the lunatic fringe' and often been viewed in a 'crazy' style, much like the veteran was thanks to his alter egos of Mankind, Cactus Jack and Dude Love. The two were supposed to work a match involving a very deep storyline at SummerSlam in 2012, but doctors were unable to clear the veteran. Having the former ECW man in his corner would help promote his character much the way Paul Heyman does for his opponent Brock Lesnar.

Kevin Owens is one of the most respected workers within the company as his technical and creative skill set in the ring is unmatched by many. Having a promo/partnership involving the two stars that have often been criticized for their lack of 'the look' could catapult 'the Prizefighter' into a whole other dimension and propel him onto the main event scene.

Is an Iconic WWE Star Making His Return at the Royal Rumble?a year ago

CM Punk Has Finally Returned to WWE...Technically a year ago