Goal, goal, goal for Atletico de Madrid! Self-goal by Mandy, who receives the ball and wants to pass it to Rulli to hold the ball, they don't understand each other and the ball goes in.
5:58 PMa month ago

Atleti keeps trying for the equalizer, but fails to score on the last line
5:51 PMa month ago

Goalkeeper! Koke sends in a shot, but Rulli deflects the ball.
5:49 PMa month ago

Llorente's shot on goal is wide of the mark.
5:47 PMa month ago

Shot from outside the area by De Paul, but the ball arrives without force to Rulli's hands.
5:47 PMa month ago

Saul brings the ball down and shoots, but the ball goes wide.
5:41 PMa month ago

Villarreal goal! Danjuma appears inside the box and receives the ball, shoots and the ball crashes into the net.
5:37 PMa month ago

Double change from Madrid. Rodrigo de Paul and Saúl Ñíguez are substituted by Carrasco and Luis Suárez.
5:31 PMa month ago

Great ball for Carrasco, but Foyth anticipates and steals the ball.
5:29 PMa month ago

Atlético Madrid goal! After Villarreal's mistake, Correa takes advantage to steal the ball, sends a cross to Suárez and the latter ties the match.
5:19 PMa month ago

Villarreal goal! Trigueros sends a shot that Oblak reaches, but the force of the shot ends up bending the goalkeeper's hands and the score is opened.
5:16 PMa month ago

Good cross from Trippier, but Albiol ends up pushing the ball out of bounds.
5:12 PMa month ago

Correa's shot is cleared off the field by Mandy, preventing the play from growing.
5:11 PMa month ago

The second half gets underway in Madrid, with both teams continuing with their starting lineups.
4:53 PMa month ago

The first half ends with Atleti winning, but still not managing to monopolize their chances.
4:52 PMa month ago

What a save! A great save by Mandy to keep Trippier's shot out of his net.
4:47 PMa month ago

Great finish by Llorente, preventing Yeremy from shooting at goal.
4:44 PMa month ago

What a defense! Suárez and Lemar make a great pass, but the defense ends up cutting off the play
4:41 PMa month ago

Close! Correa arrives to the goal, Rulli comes out, Carrasco appears and Correa serves to the latter, but Capoue rejects on the line.
4:36 PMa month ago

Gerard Moreno's bad control after Yeremy's cross and Koke ends up taking out the ball.
4:24 PMa month ago

Goalkeeper! Lemar has a great play that culminates in a shot on goal, but Rulli intervenes and sends the ball to the post; then Thomas appears again but shoots wide.
4:22 PMa month ago

Albiol makes a good appearance and prevents Lemar from shooting at goal.
4:15 PMa month ago

Excellent intervention by Rulli, after a dangerous arrival by the home team.
4:08 PMa month ago

Great play by Atleti, who arrived with danger, but Foyth, well stopped at the back, clears the ball.
4:03 PMa month ago

The ball is rolling at the Wanda Metropolitano, Atlético and Villarreal meet in the third matchday.
4:03 PMa month ago

Both Atleti and Villarreal are present at the Wanda Metropolitano, ready to play the third duel of this 2021 edition.
3:50 PMa month ago

Atleti's jerseys are ready to be worn by their players. Cunha could make his debut this afternoon with the colchoneros after being signed.
3:31 PMa month ago

Villarreal has two consecutive goalless draws, after failing to draw in 14 previous LaLiga matches. The Yellows have never in their history had three goalless draws in the top flight.
3:28 PMa month ago

Atletico Madrid has won its last five LaLiga matches by the minimum, where four of these have been by a score of two to one, the remaining by a score of 1 to 0. It is important to note that only one team has won six consecutive matches by a goal difference; that was Real Madrid in 1965.
3:19 PMa month ago

After four winless home games against Villarreal in the league between 2014 and 2017, Atletico Madrid have won two of the last three at home against the Yellows in the competition.
3:14 PMa month ago

The home side are unbeaten in their last six matches against Villarreal; they have been alternating between draws and wins in LaLiga after losing four of the previous six
3:09 PMa month ago

In a few moments we will share with you the Atlético Madrid vs Villarreal live starting lineups, as well as the latest information from the Estadio Wanda Metropolitano. Don't miss any details of the match with VAVEL's minute-by-minute live online coverage.
3:04 PMa month ago

How to watch Atletico Madrid vs Villarreal Live Stream on TV and Online?

If you want to watch the game Atletico Madrid vs Villarreal live on TV, your options is: Skysports.

Coach Unai Emery spoke ahead of the match against Atlético de Madrid: "We want to create that competitiveness by being able to use different eleven and changes within that eleven to find a performance and a team willing to play many games in a row. It's not there yet, we are playing week by week".

"The first idea is to make a team in line with what we want with what the Champions League requires and demands, being able to be competitive and putting Villarreal on the top European soccer map. Europe gives you presence and recognition and where the Villarreal brand gets an important place".

He also stated about Atléti's pace: "Atlético maintains a tremendous regularity in terms of demanding and being competitive. It is a team that is still hungry and that is how they live it on the field. They are waiting for us with a knife between their teeth. They have a style that is already well established and that is very uncomfortable for the opponent. They close a lot the passing lines and lateral crosses and they have a goalkeeper who stops a lot. We have to continue building our team and take another step forward. We are coming from two insufficient draws".

Keep an eye on this statistic

Ángel Correa, Atlético de Madrid striker, has scored in three straight LaLiga matches for the second time in his career, first since August 2007.
2:49 PMa month ago

Villarreal has not managed to win in this start of the 2021 edition of LaLiga. In addition to two draws in this tournament, the team coached by Emery has not been able to score goals, which is why they urgently need to score and get three points. Villarreal's last match was against Espanyol and ended in a goalless draw. 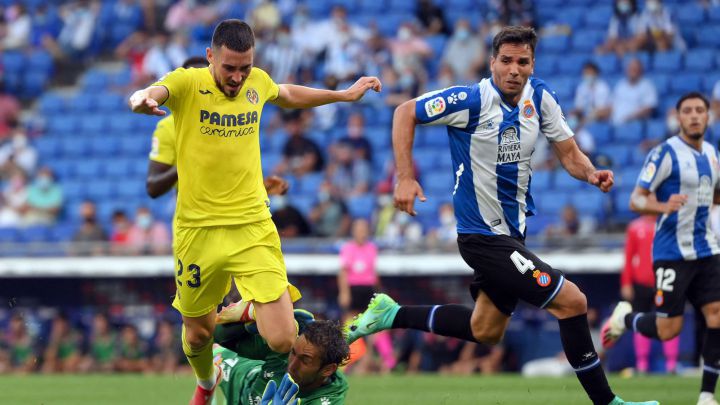 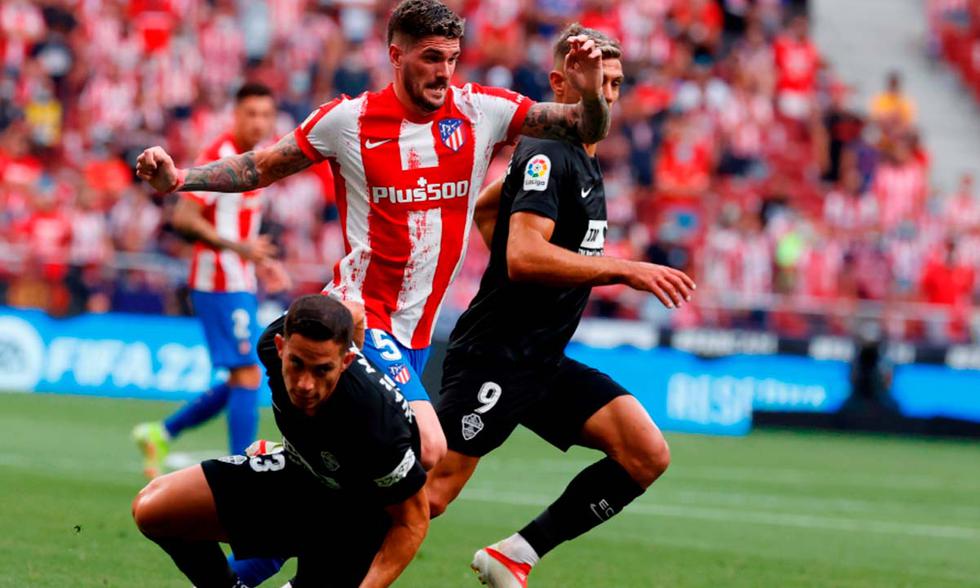 The match will be played at the Wanda Metropolitano Stadium

The Atlético Madrid vs Villarreal match will be played at the Wanda Metropolitano Stadium located in Madrid, Spain; with capacity for 68,456 people. The match will be attended by fans, the Spanish team's supporters have already had their return to the stadiums.

My name is Lore Solórzano and I’ll be your host for this game. We will provide you with pre-game analysis, score updates, and news as it happens live here on VAVEL. Please keep tuned and don't miss all the details of this match here.