It has been reported that Aaron Ramsey’s hamstring injury is worse than expected and this will now see the Wales captain sidelined for a period of six-eight weeks. Ramsey has been inconsistent so far this season and has struggled to find the form which saw him become a fan favourite last season when he scored some very important goals, none less so than his winning goal against Hull City which culminated in Arsene Wenger lifting his first trophy in a long and tormenting nine-years.

Ramsey has had his fair share of injury in his short Arsenal career, the midfielder who is now an integral part of Arsenal’s midfield injured his thigh muscle in Boxing Day’s clash at West Ham last season which saw him miss a huge part of the run in, his absence clearly weakened the Arsenal side that fell away in the Premier League eventually finished in that familiar fourth spot. The most infamous of his injuries was his leg break at the hands of Stoke City defender Ryan Shawcross who was attributed with breaking his leg back in February 2010 and it took him a long time to recover physically, technically and mentally.

Ramsey’s absence although a real disappointment for the Arsenal faithful will give the opportunity to one of the many midfield men available to step up to the plate, but who should replace him for this important period starting with the trip to Chelsea? Arsenal still have Mikel Arteta missing as well so do not be surprised to see Mathieu Flamini step into the breach as he did in midweek to great effect. It leaves Wenger with a dilemma on how he approaches Sunday’s game with him desperate to avoid a repeat of last season’s 6-0 drubbing.

The little Spaniard was on top form against Galatasary in more of a deeper central role and thrived, it was his best performance for quite a while and was a catalyst for a well deserved three points. Many would have questioned if Cazorla would have been good enough defensively to rise to the challenge, he did not disappoint. He worked very well in tandem with Mathieu Flamini, adding a type of tenacity many would not have expected. He was the perfect link from defence to midfield and can definitely be effective but the one question mark would be his big game mentality as he has been known to go missing.

It has been a completely different season for Wilshere than last, there have been critics of his performances for a while but this season he looks like he means business. Wilshere was in Ramsey’s shadow for the best part of last season and some were even questioning his Arsenal future. The England midfield man looks hungry again and he has even put pressure on himself claiming it is a big season in his Arsenal career. In many ways Wilshere is the perfect man to step in for Ramsey they are very similar players and if anything Wilshere has been the better of the two thus far this season. Wilshere best performance came at the Emirates in the 2-2 draw against Manchester City where he scored a sumptuous chip over Joe Hart and he will be looking to continue his good form. 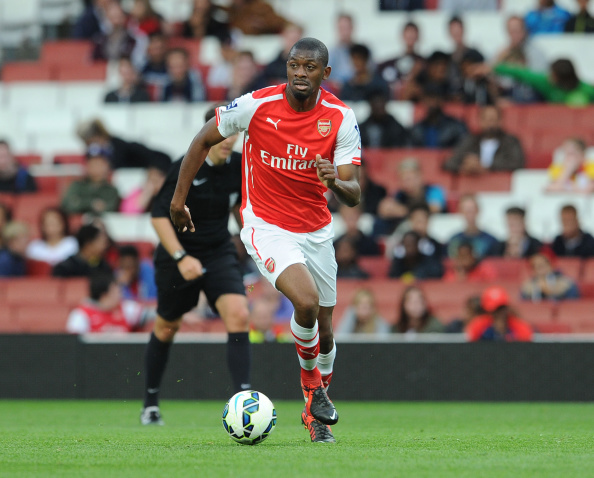 Where do you start with Abou Diaby? For many seasons now he has promised so much but his career has been blighted by all sorts of injuries he has had 35 separate injuries since 2006, to his credit he has refused to pocket a penny in his time which has been sidelined. He is a frustrating player due to his injury history and as many will agree when he is fit he can be sensational, unfortunately this is something that has been few and far between. Many would be surprised to see Diaby start at Chelsea as he has only had one senior appearance which was a Capital One Cup defeat to Southampton. It would be too much to expect miracles after just one game in 18 months, but fans would like to see him part of the squad. He could have been everything Patrick Vieira was, he has the ranging stride, great positional sense, a defensive mindset and is dangerous going forward like the former France and Arsenal captain. As always the only reservation is how long it is before until his next setback. 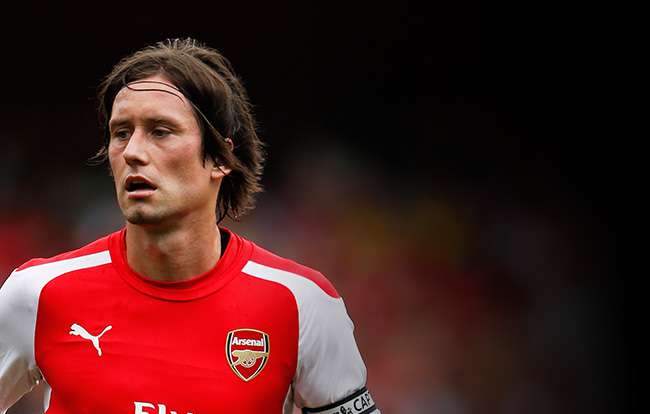 The Czech captain and all-round midfielder has found chances at a premium this season and would be a surprise inclusion but on his day he can be an effective player. His energy is always a big part of his game, but at 33 years of age he will need to be used sparingly. If called upon he would operate just in front of Flamini and act as a link between the defence, Mesut Ozil and the three man attack comprising of Alexis Sanchez, Alex Oxlade-Chamberlain and Danny Welbeck who will add a lot of pace to the forward play as was witnessed on Wednesday Night.

Nicolas Anelka: 24 years on 3 days ago

Kieran Tierney: The positives of his return 3 days ago

Bellerin or Cédric: Who should Arteta's first choice be? 4 days ago