Going into the international break, Manchester City will have a bad taste in their mouths. After dismantling Sevilla away from home on Tuesday night, they made the trip to Villa Park against strugglers Aston Villa - with Remi Garde's first match in charge of the west Midlands' side, being against the League leaders.

It was never going to be an easy game, and City were understandably weary of the threats that Villa may pose, especially with a partisan crowd in their favour.

Hosts started brightly and with intent

They started with both purpose and poise as they looked to pass their way into the area at times, but struggled to find the killer ball to really test Joe Hart in the final third.

City meanwhile, were forced to chase the ball for large parts of the first-half. Despite this though, they were a constant threat on the counter-attack, and most notably Ciaran Clark, struggled to cope with their pace and power on the break.

Clark struggled to deal with Raheem throughout

He was lucky not to give away a penalty in the run-up to the interval, as he clipped Raheem Sterling's foot as he was shaping to shoot - but referee Craig Pawson felt Raheem delayed his reaction and waved play on.

Replays showed it was a controversial decision nonetheless, and Villa were lucky to have gone into the break with the scores still level. Enjoying good spells of possession and passing well, their main issue was attacking-wise, with the ever-present centre-back pairing of Nicolas Otámendi and Vincent Kompany constantly winning aerial challenges and interceptions to relieve pressure upon their teammates without the ball.

Jesús Navas replaced Wilfried Bony midway through the first-half, as the powerful Ivorian went down with a hamstring complaint and was unfortunately unable to continue as a result.

It forced the visitors into a new dimension going forward, with the combined pace of Navas and Sterling, as well as Kevin de Bruyne's classy flicks, passing and general movement into space to pass to a teammate - Yaya Touré meanwhile was frustratingly quiet in the central attacking midfield role.

Guzan's heroics keep Villa in with a chance

As the second-half began, neither side made any alterations. Sterling came within inches of breaking the deadlock soon after the restart, but for an excellent stop from Brad Guzan - the close-range effort richocheted off his head and out of play.

Navas was a constant threat on the right-hand side, and should have had an assist or two for his encouraging work down the flank. His inch-perfect ball was fed through towards the path of de Bruyne, but the talented Belgian was unable to get a proper connection on the delivery, and watched on in frustration as it trickled out of play for a goal-kick.

At this point, you could tell that it probably wasn't going to be City's day. Carles Gíl was replaced by Charles N'Zogbia, with the latter causing all sorts of problems with his energetic spell down the right as the clock began to tick down on the affair.

End-to-end affair as clock ticks down

Then, with just fifteen minutes plus stoppages to go, a familiar face stepped off the substitutes' bench, to a loud chorus of boos from the home supporters.

Fabian Delph, their former captain, was preparing to come on. Inflatable snakes, boos, plenty of hissing - a forgettable reception for the English midfielder, who spent six years at the club, it was grim to say the least. The noise was deafening, he'd left them on unsavoury terms in the summer, and they were certainly going to let him know it. 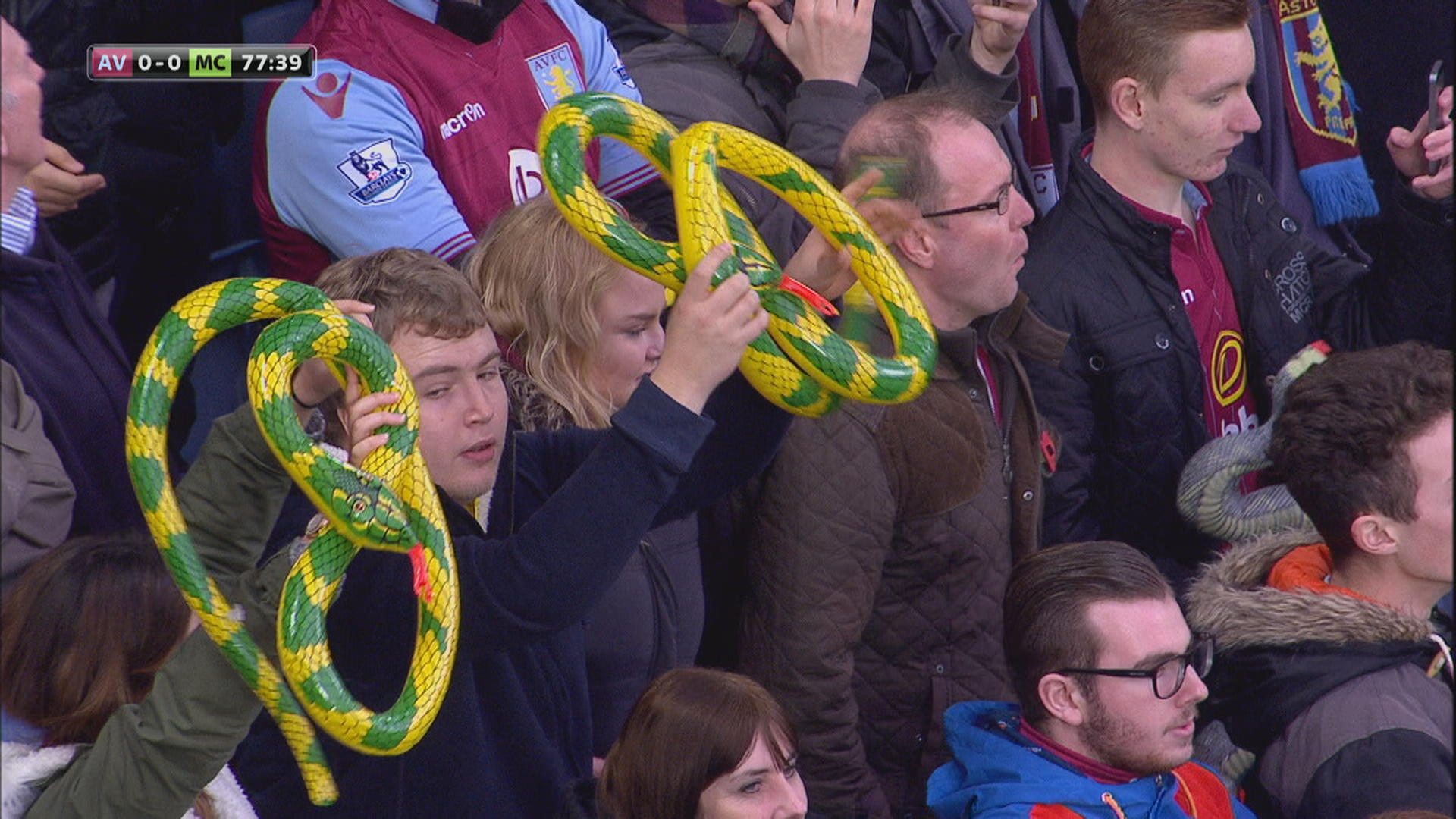 Rudy Gestede caused controversy just three minutes after coming on, from what seemed to be fairly innocuous at the time. His aggressive throw-in saw Hart mis-control the ball and trickle out for a corner-kick, even though City were technically supposed to have possession from a drop-ball.

City players crowded around the referee and were frustrated by Gestede's actions, but he was virtually unmoved and didn't show any signs of remorse either. From the following corner, Jordan Veretout's delivery evaded all of the City defenders - but not Gestede. His first-time strike flew narrowly over the crossbar, and definitely would have been a controversial goal if he'd scored from the set-piece.

As the fourth official signalled for four minutes of stoppage time, both sides went in search of a late winner.. and City came within inches of grabbing one! Fernando watched on in disbelief after his header cannoned off the crossbar from a Kelechi Iheanacho (on as a substitute) delivery, before Kompany saw his side-footed effort curled narrowly wide of the far post, with Guzan rooted to the spot.

Before you knew it, the referee blew his whistle for full-time, an enthralling finish to a goalless draw - which shouldn't have been. City stay top going into the international break, whilst Villa are still bottom, but Remi Garde has already integrated some encouraging work from his new side in their fight to stay in the Premier League this term.

The Warm Down: City take first step in Round of 16 2 days ago

The Warm Down: Gunners fall short to Sterling bullet header 4 days ago

Arsenal vs Manchester City Preview: How to Watch, Kick-Off Time, Team News, Predicted Lineups and Ones to Watch 7 days ago

The Warm Down: Manchester City battle hard to knick win at Goodison Park 9 days ago

Manchester City vs Tottenham Hotspur Preview: How to watch, kick-off time, team news, predicted lineups and ones to watch 14 days ago

The Warm Down: City sink the Swans 16 days ago