Newcastle United head to the capital this weekend as they face Crystal Palace in what is now a must win game for Steve McClaren.

The former-England manager has become under increasing pressure over the past couple of weeks following a three-nil defeat at home to Leicester City, whilst managing just a disappointing one-nil win in Bournemouth.

A time for change on Tyneside?

Coaching staff at the Premier League club came under scrutiny on Wednesday after it was reported that the side had a feisty training session just 48 hours after their loss against Leicester.

“My swearing went right out of the window,” McClaren says in his pre-match press conference. “I love feisty sessions, and it was.”

The players and staff at Newcastle were said to have held ‘no grudges’ talks, letting players know if they weren’t pulling their weight on matchday.

McClaren noted that training had improved, telling reporters the players “have had a great week on the training pitch,” which involved “feisty, competitive” and “energetic” sessions, and according to the Newcastle manager, “all the things we lacked last Saturday [against Leicester].”

The former-Derby manager stated the training session was one that the players “needed,” and that for three days they “sorted it out.”

The 54-year-old was disappointed with his team’s efforts during their defeat to Leicester saying they “didn’t do the basics” that they had done for “four games,” where they picked up seven points.

Newcastle picked up just their second win of the season against Bournemouth after Ayoze Perez netted the winner, their first coming in a 6-2 victory over Norwich City. 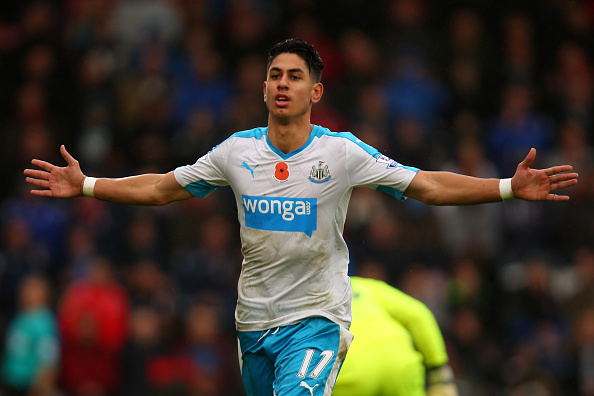 “We had spirit against Bournemouth,” says McClaren. “Attitude, organisation and discipline [were all there].”

McClaren stated that Fabricio Coloccini will remain the captain for the time being and that “communication and leadership,” is key. The Argentine will start alongside Chancel Mbemba on Saturday afternoon, who are starting to form an understanding.

The Warm Down: Newcastle remain locked in relegation battle after draw against Wolves 7 days ago

Who should get the nod to replace Callum Wilson in Newcastle United's relegation run in? 9 days ago

Newcastle United vs Wolverhampton Wanderers preview: How to watch, kick-off time, team news, predicted lineups and ones to watch 9 days ago

The Warm Down: Magpies suffer defeat at Old Trafford as relegation worries intensify 13 days ago

The Warm Down: Newcastle United slip into relegation battle after defeat at Chelsea 19 days ago
//