Newcastle United have been handed another blow as they have been rocked by the news that Mike Williamson has picked up a hamstring injury in training.

The centre-back had been in contention for the game this weekend with Liverpool after being recalled from a loan spell at Championship side Wolves this week.

However, Steve McClaren has explained that the player had “tweaked” his hamstring and is now ruled out for Sunday’s game at St. James’ Park.

Yet another injury blow for the Magpies

Williamson, 32, had been recalled early from his loan spell at Molineux due to another hamstring injury for Jamaal Lascelles, but it now appears that he will join Lascelles on the sideline.

McClaren, who spoke after training about Williamson’s involvement on Sunday, said: “We would have liked to have thought so but I think he’s just tweaked his hamstring in training and he has to have a scan on that to know the extent.

Lack of cover at the back now

McClaren may have opted to shift Paul Dummett across to play at centre-back, but bringing back Williamson gives the indication that he is thinking about making changes for the game with in-form Liverpool, who thrashed Southampton 6-1 on Wednesday night.

Williamson struggled at the end of last season and appeared to be on his way out in January, but some solid performances at Wolves has earned him a recall and he might have been in contention for a start. 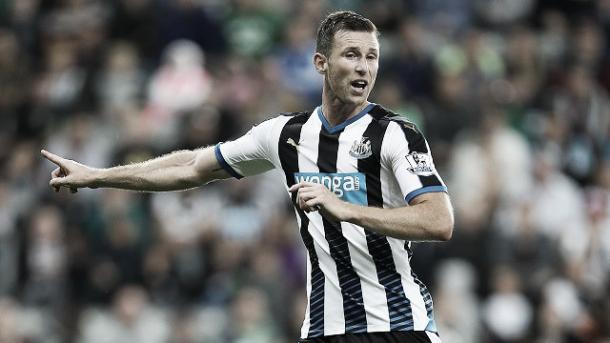 Fabricio Coloccini and summer-signing Chancel Mbemba appeared to be under threat after underperforming the past two weeks. However, after the injury picked up by Williamson, it looks like McClaren has no choice but to start the pair.

After keeping back-to-back clean-sheets before the international break, Newcastle have conceded eight goals against Crystal Palace and Leicester City.

The Warm Down: Newcastle remain locked in relegation battle after draw against Wolves 5 days ago

Who should get the nod to replace Callum Wilson in Newcastle United's relegation run in? 6 days ago

Newcastle United vs Wolverhampton Wanderers preview: How to watch, kick-off time, team news, predicted lineups and ones to watch 6 days ago

The Warm Down: Magpies suffer defeat at Old Trafford as relegation worries intensify 11 days ago

The Warm Down: Newcastle United slip into relegation battle after defeat at Chelsea 17 days ago
//