Steve McClaren faces a must win game against Liverpool on Sunday if the former-England manager wants to remain in a job.

Newcastle United face Jurgen Klopp’s in-form Liverpool side on Sunday evening as the Magpies sit just one place above Aston Villa at the bottom of the Premier League.

“Nobody is happy here,” says McClaren ahead of the crucial tie.

The Magpies in need of three points

Newcastle faced humiliating defeats against Crystal Palace and Leicester City in their previous two games, conceding eight goals. The 54-year-old stated his side had “not played very well,” in comparison to their 2-2 draw against Chelsea and 6-2 victory over Norwich City, but stated “confidence can go as quickly as it comes.”

McClaren remained “confident” ahead of the Liverpool game, stating that the next fixture is “always an opportunity to build a performance” and “get a result.”

The mood around Newcastle is “focussed and determined,” according to McClaren and he is confident his side can pick up some points against Liverpool, which includes “a couple of kids.”

The Newcastle manager called for fans to back his side on Sunday, saying they can be “influential” and that his side “needs everyone together [on Sunday] no matter what.”

Who's fit in the Newcastle United squad?

Newcastle recalled Mike Williamson from Wolverhampton Wanderers after Jamaal Lascelles picked up an injury against Crystal Palace, but the experienced defender will now face a late fitness test after “tweaking” his hamstring, with McClaren stating the injury as, “a little worry.” 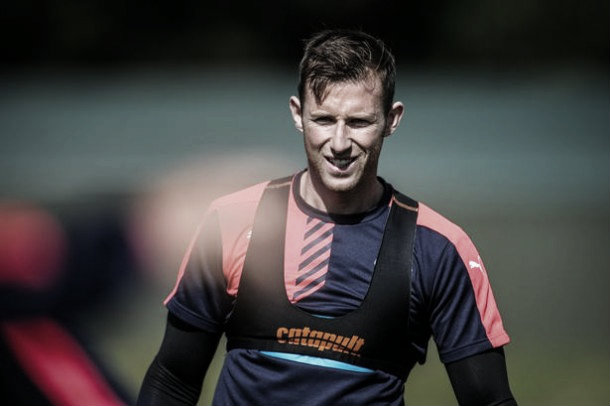 Since taking over from Brendan Rodgers, Klopp has seen his side record wins against Chelsea and Manchester City, and McClaren knows the Liverpool man is a “quality coach” who he knows from his time spent managing Wolfsburg.

The Warm Down: Newcastle remain locked in relegation battle after draw against Wolves 6 days ago

Who should get the nod to replace Callum Wilson in Newcastle United's relegation run in? 7 days ago

Newcastle United vs Wolverhampton Wanderers preview: How to watch, kick-off time, team news, predicted lineups and ones to watch 8 days ago

The Warm Down: Magpies suffer defeat at Old Trafford as relegation worries intensify 12 days ago

The Warm Down: Newcastle United slip into relegation battle after defeat at Chelsea 18 days ago
//