Newcastle United have confirmed their second signing of the day by announcing the arrival of left-back Achraf Lazaar.

Lazaar will offer an attacking threat from the left-back position due to his offensive attributes. Recent first-choice Paul Dummett has been somewhat criticised for his attacking ability, or lack of.

Other left-back option Massaidio Haidara meanwhile is still recovering from a long-term injury.

Lazaar plays his international football with Morocco despite being raised in Italy.

He was picked up as a 15-year-old by then Serie B side, Varese in 2009. The defender worked his way up the youth system before he was given his debut in 2012.

Lazaar went on to become an established figure in the Varese team for two years as his 42 appearances earned him a move to Palermo in 2014.

He joined in time to help Palermo gain promotion back to Serie A and overall made 76 appearances in Sicily, scoring three goals.

The 14-times capped Moroccan spoke very briefly to NUFCTV after his move as the 24-year-old begins his task of learning the English language.

Lazaar said he is "very happy" and "proud" because Newcastle are "a great team in England."

Benitez's transfer dealings looks close to being concluded after the signing of Lazaar meant the 56-year-old has bought a whole new starting 11 this summer.

The Spaniard's transfer business means United now have strong competition in almost every position, and the next Toon arrival will likely be a winger.

But in Lazaar, Benitez suggested he may be pushed forward from left back. The Magpies’ manager gave the Geordie faithful an insight into what the Moroccan will bring to the club by saying: "He gives us width on the left, has a good left foot and will add great competition to the squad."

Benitez also added: "Achraf is a good, young player with international experience who has grown his game in Italy." 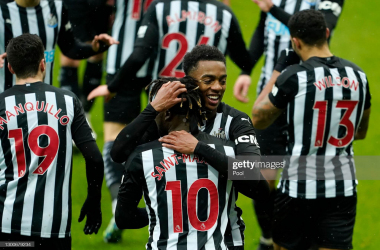 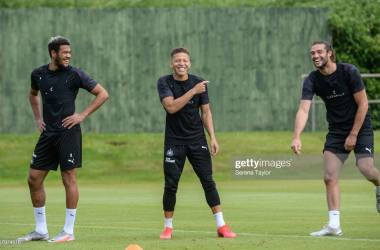