West Ham United's Under 23 side tasted glory for the second consecutive season, as the young Hammers secured their promotion to Premier League Division One after their 2-1 win over Newcastle United in their Division Two play-off.

Moving up to the big leagues

The Hammers have also been known for their excellent youth set-up over the years bringing through the likes of; Rio Ferdinand, Frank Lampard, Joe Cole and Jermain Defoe to name a few.

Terry Westley's fledglings looked to be new generation having won the Premier League Cup the previous season, and were 90 minutes away from reaching Division One as they traveled to St James' Park for their fourth clash with the Magpies.

They had everything to do early on as they went behind after 19 minutes, as Kyle Cameron rose highest to a corner with Tom Heardman turning it in at the back post.

Toni Martínez was welcomed back into the squad after his successful loan spell at Oxford United and he got the side back in the tie, he coolly collected the ball in the area from George Dobson and struck it into the bottom corner just before the break.

The Spaniard secured their promotion in the 54th minute with an excellent effort, as he made the run towards goal before striking into the bottom corner from 25 yards.

"It literally feels amazing – the best feeling ever,” captain Declan Rice told whufc.com. “It’s always been my dream to be a captain and tonight to lift my first trophy as a player."

"It definitely caps off a great season," the youngster admitted. "It’s probably the best season I’ve had in football and it’s probably one of the best days of my life."

Fitting end to a great season

It has been a long season for the young Hammers, which has consisted of 34 matches across three competitions, which included a not so successful stint in the newly-formatted Checkatrade Trophy.

They lost their Premier League Cup to Swansea City having been knocked out by Newcastle in the latter stages, but they dealt the ultimate revenge and Westley who recently signed a new three-year deal stated that his lads deserve all the praise they receive.

“The boys deserve to be praised for an outstanding season," he said. "They’re delighted but they’re spent and they’ve given it all which shows their real character."

“You work with these boys every day," the coach stressed. "We know the effort they put in in training and we’ve had performance when we’ve had to dig in."

“It was tough. It’s been a long year for them. They’re tired," Westley concluded. "But you can see after; we’re delighted to have won in a hard competitive match."

'It's a big challenge': David Moyes talks ahead of Hammers clash with Nottingham Forest 7 days ago 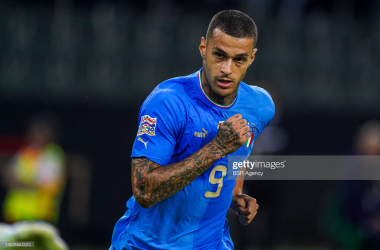 Is Gianluca Scamacca the answer to West Ham's striker problems? 24 days ago