Despite interest from some of the best clubs in Europe, Southampton’s head of football development Les Reed insists Virgil van Dijk and Cedric Soares are ‘not for sale’.

While one of van Dijk’s admirers has been publicly exposed, leading to rumours of unrest within the team captain’s camp, Soares has been busy with Portugal in the FIFA Confederations Cup.

Now that a new manager has been appointed, you'd imagine part of Mauricio Pellegrino’s plan is to be able to work with one of the best centre-backs in the league.

Along with that, Soares has come on leaps and bounds in this previous season, turning into the consistent and reliable right-back Southampton have missed since Nathaniel Clyne’s departure. 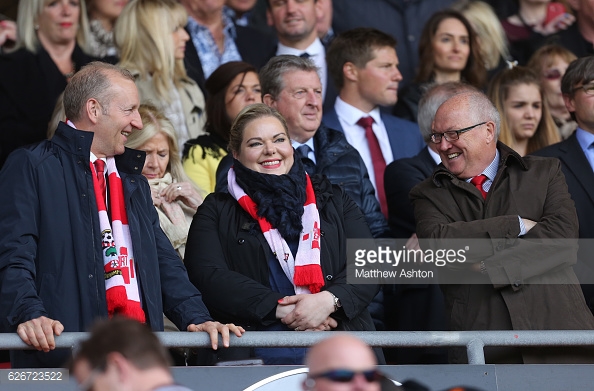 Reed wasn't shy in admitting there would be some outgoings, stating that “there may be players that go on the basis it is the right thing for them and the club”, but ultimately that he doesn't expect “wholesale” changes.

Perhaps the likely departures of Jay Rodriguez, Cuco Martina and Jordy Clasie could be “sound business” to Reed.

But when it comes to senior squad members, the former-Charlton boss is keen to build on what he has: “we are looking forward to a very competitive season next year”.

Not wanting to rock the boat of his new appointee, Reed explained that Pellegrino has “done his homework on our squad”, the Argentine will be hoping for no late shocks when the test of Southampton begins in July.

Who is Saints new signing Ibrahima Diallo? 12 days ago