Verona boss Fabio Pecchia returned to St. James' Park to face his old acquaintance Rafa Benitez but the Italian's players failed to trouble the home side throughout.

Early goals from Ayoze Perez and Christian Atsu were enough to seal the win for the Magpies.

If Newcastle's players were feeling rusty early on, they certainly didn't show it. Four minutes were on the clock when Javier Manquillo's cross met Perez, who converted first time.

The home side continued their early pressure and eight minutes later, they were two goals to the good. A searching ball over the top evaded Aleksandar Mitrovic, who lost his footing, but Atsu was on hand to rifle the ball home from a tight angle.

The Italians mustered their first and only real half-chance of the afternoon soon after, Alessio Cerci firing wide from long-range.

But it was Newcastle who were continuing to dominate. Mitrovic and Matt Ritchie both forced opposition 'keeper Nicholas into making fingertip saves. 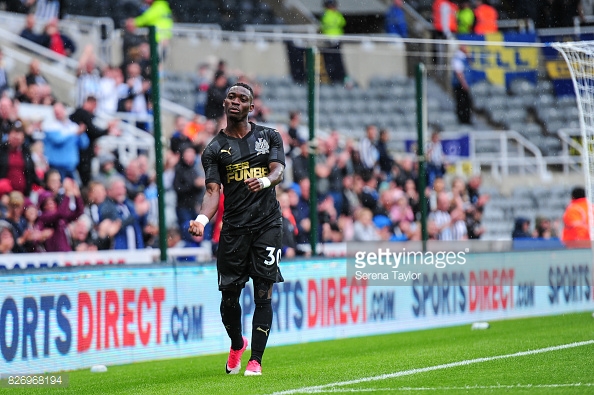 As the half went on, United continued to look untroubled. Mitrovic again went close, turning and firing towards goal from 20 yards.

Verona's players were beginning to be on the receiving end of some tough challenges as the pitch continued to soak up the rain.

But the surface wasn't affecting Newcastle's style of play, as Jonjo Shelvey and Perez both went close to scoring a third before the interval.

In contrast to the first half, United started slower after the break. Shelvey fired a free kick narrowly over the bar two minutes after the restart but United were then made to have a lot of the ball, without troubling their opposition too much.

Isaac Hayden went close with a low drive, before Paul Dummett fired a half volley over the bar from a fair way out.

All the while, Newcastle's defence were continuing to have an easy afternoon. New addition Florian Lejeune looking composed and reliable at the back throughout. 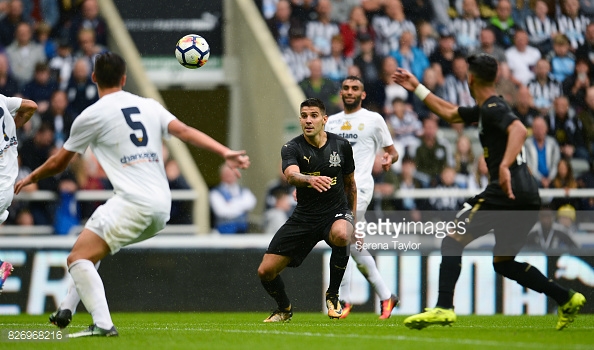 With 20 minutes left on the clock, Benitez made eight changes. Seemingly wanting to give each player one final shot before Tottenham Hotspur at home next weekend.

Susbstitute Rolando Aarons almost made an instant impact, turning cleverly in the penalty area but firing tamely at the 'keeper, before fellow newcomer Mo Diame forced Marco Silvestri into a quick low save.

Ritchie went close to adding a third with ten minutes remaining but saw his free kick bounce out off the post.

United will no doubt have a tougher time when Mauricio Pochettino's men come to visit next Sunday.

Wolverhampton Wanderers vs Newcastle United: A look ahead to Super Sunday's clash 4 days ago

Ivan Toney: Sold too soon or never meant to be? 7 days ago

Warm down: Magpies sank in battle of United's 10 days ago