Stoke City travel to the Ricoh Arena on Saturday afternoon in hope of avoiding an Emirates FA Cup upset at the hands of Coventry City.

Manager Mark Hughes has recently seen his side slip inside the Premier League relegation places after one win in their last seven league games.

Hughes will hope a run in the FA Cup might spark an upturn in form as Stoke face Coventry in the third round of the competition.

The mood at the bet365 Stadium has been underwhelming of late as Stoke City, enduring their ninth successive season in the top-flight, have been drawn into a relegation fight.

Pressure on the club’s experienced manager, Mark Hughes, has never been fiercer - at least when the fans are concerned - as questionable team selections and results have left many bemused.

The Welshman made a wealth of changes for the trip to Stamford Bridge - that resulted in a 5-0 thrashing - with eyes on a vital game against Newcastle United.

A late Ayoze Pérez strike saw Stoke regress further and Hughes' gamble fail as the Potters found themselves inside the bottom three.

Hughes won the FA Cup four times as a player and will be hoping this famous tournament can provide not just a distraction, but a spark for his playing personnel.

The Premier League strugglers are likely to start a near full-strength XI with there now little margin for error in Staffordshire.

Rotation after a hectic festive period will, of course, be necessary for the Potters but a similar line-up to the one that played against Newcastle United could start for the first FA Cup meeting between these two sides since 1987.

Cause for Coventry upset

Coventry City indeed won the fixture at the Victoria Ground when Micky Gynn fired Coventry into the quarter-finals with the Sky Blues the top tier side hosting lower-level opposition.

Times have changed, however, with Coventry going into this encounter as the resounding underdogs despite a decent home record.

Mark Robins’ team have lost just twice on home soil since the start of September as they aim for an immediate return to League One following relegation last term.

Coventry sit third - within the automatic promotion places - in the League Two table after a promising first half of the season and are in good stead to cause an upset on current form.

The club have won four of their five festive outings and have lost just twice in their last 10 games across all competitions with top scorer Marc McNutty - averaging a goal every 190 minutes - proving the match-winner in their last two fixtures.

City have a rich history in the FA Cup and even won the competition back in 1987 in what was one of the most memorable finals of all time as they dispatched of Tottenham Hotspur 3-2.

Their Cup campaign has started brightly and have been rewarded with a first Third Round appearance since 2014, when they faced Arsenal at the Emirates Stadium.

Convincing performances against Maidenhead United and Boreham Wood have seen the club ease through the earlier rounds of the tournament.

Few absentees for both sides

There are seemingly no fresh injury concerns for the visitors ahead of the weekend with Bruno Martins Indi and Ryan Shawcross the only absolute absentees.

Erik Pieters could miss out with his manager stating that the defender sustained a slight injury against Newcastle.

Stephen Ireland returned to the matchday squad recently after a 20-month spell on the sidelines following a leg break and could be involved for this Cup clash.

The hosts, meanwhile, have new signing Jordan Maguire-Drew eligible after securing the 20-year-old winger on loan from Brighton and Hove Albion until the end of the season.

Duckens Nazon has returned to his parent club Wolves after his loan spell ended on January 1st and will not be signing a new deal with the Sky Blues.

Rod McDonald returned to training and could be in contention to make the matchday squad with others also ‘touch and go’.

Both managers up for the FA Cup

Mark Hughes believes Saturday’s trip to the Ricoh Arena represents an opportunity for his side to regain the momentum they lost last weekend, saying:

“Last weekend we lost our momentum, and this weekend we have the chance to gain some momentum, so we have to make sure we do that.

“The key from our point of view though is to try and regain the momentum we built a couple of games ago with good performances against West Brom and Huddersfield.

“We need to make sure we get the win on Saturday to give us a little bit more confidence, and then hopefully we can kick on from that and enjoy a more productive second half of the season.”

Robins, a former team-mate of Hughes at Manchester United, is eyeing an upset at the Ricoh Arena this weekend after saying in his pre-match press conference:

"We have beaten Maidenhead and Boreham Wood but everything has flipped now. We are the underdogs and they are expected to win that so that changes the dynamic for us.

"The FA Cup is the greatest competition in the world because everybody feels like they have a chance and there are upsets caused all the time.

"We will have to be at our maximum and they will have to be off it for us to pull a result. They have got international players in their team and players playing at the highest level so we expect a really difficult afternoon."

An entertaining weekend of FA Cup action is an always-welcome part of this country's football calendar but Stoke City will be hoping to make this fixture against lower-league opponents as routine as possible.

The away side suffered an upset against Championship side Bristol City in the EFL Cup earlier in the season and were knocked out of the FA Cup at this stage last term at the hands of Wolverhampton Wanderers.

Coventry City will hope to be the next lower-league side to dispatch of the Potters but a full-strength Premier League side could be too much for the Sky Blues. 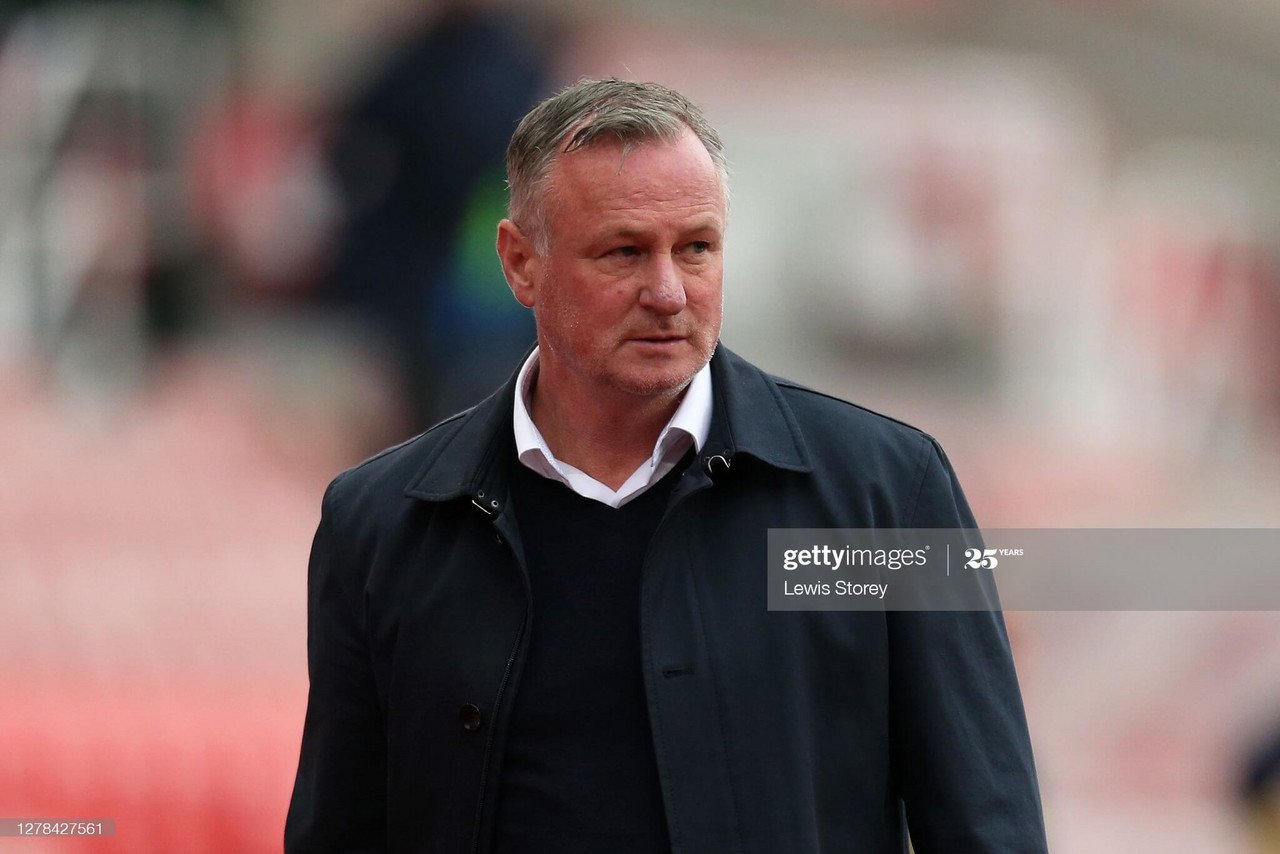