Leicester City are one of football’s greatest success stories and have been revitalised since Brendan Rodgers appointment, he hit the ground running at the club and since then have won their first major honour since the Premier League. After joining midway through the 18/19 season he made an instant impact for The Foxes. Their 1.2 points per game under Claude Puel and reducing the 1.4 goals conceded per match to just 0.9. This form continued into the following seasons and last year only missed out on the UEFA Champions League at the final hurdle.

Leicester started this Premier League campaign strongly with a 1-0 win over Wolverhampton Wanderers. Although there are plenty of positives for West Ham to look at from that game as The Foxes only goal came from Jamie Vardy’s chance that amounted just 0.08xG - this means it was a finish of very high quality from a difficult chance that is unlikely to be replicated. They also conceded 1.49xG, a very high amount against a Wolves side that averaged just 0.97xg per match last season.

What’s on the cards?

I expect this to be a high scoring fixture with Leicester finishing last season as the third highest scoring team, 1.8 goals per game - only Manchester United and Manchester City scored more goals. West Ham also had an impressive tally, an average of 1.6 - falling just short of the visitors. Leicester had a leaky defence though, conceding 50 times last season - just three less than relegated Fulham.

Here is the shot map for Leicester's fixture last week, Wolves' shots (right side) are heavily concentrated on the right flank of Wolves's front line which is where three of The Hammers four goals came from last week. Although it remains to be seen if this is a weakness or just a one off this early on it could be something to exploit for West Ham which is why I will predict Jarrod Bowen to heavily impact the game. Bowen made use of this last season, scoring twice against today's opposition. 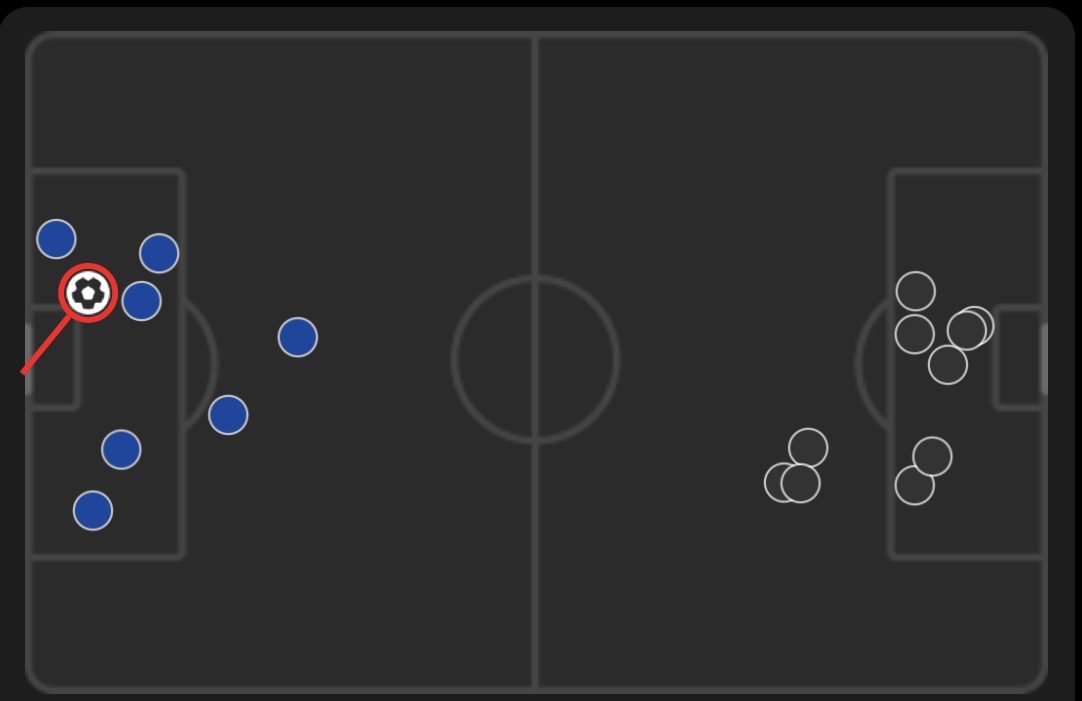 Leicester are renowned for their fluidity in formation choice and their electrifying counter attacks. Last season we saw The Foxes line up in a 3-4-2-1 but due to the injuries of James Justin and Wesley Fofana we're more likely to see them utilise the 4-2-3-1 formation that is being increasingly used in English football by the likes of Ole Gunnar Solskajer. James Maddison looks likely to start amid interest dying down in the transfer market, he returned from injury late last year after scoring eight and assisting five in just 24 starts; he's definitely a danger man for Leicester and could pose a threat.

Southampton Vs West Ham - Fabianski: Hopefully it will be another very good game." 8 days ago

What Nikola Vlasic could bring to West Ham 21 days ago

The Warmdown: Hammers tested by visiting Eagles 21 days ago