Thank you for following the rebroadcast of the Atlante vs Cimarrones game for date 3 of the Liga de Expansión MX.
12:00 AMa month ago

Cimarrones took away Atlante's undefeated record and, in addition, remains without conceding a goal in the tournament to become the leader of the Liga de Expansión MX.
11:59 PMa month ago

Tamay's header into the goalkeeper's hands.
11:46 PMa month ago

Escobar's long distance shot goes over the top of the goal.

Domínguez enters and Torres leaves, a change for Cimarrones.

Mendoza steals the ball and inside the box shoots a shot that goes wide. Atlante loses it.
11:34 PMa month ago

The game is stopped for rehydration.
11:31 PMa month ago

Acuña with a mid-range shot that hits directly over the horizontal. Cimarrones close.
11:27 PMa month ago

Tamay and Ramírez are added.

Ulises Torres is cautioned for a foul on the wing.
11:22 PMa month ago

Tejeda ran out of space and wasted a counterattacking play.
11:17 PMa month ago

Acuña makes three cuts to take out the one-handed flash that Gansito has one-handed.
11:15 PMa month ago

Mendoza's through ball is finished off with a socked pass that easily reaches the goalkeeper.
11:11 PMa month ago

Da Silva's shot from half distance is saved by goalkeeper Espinoza.
11:10 PMa month ago

Mendoza and Da Silva came on.

The second half begins between Cimarrones and Atlante.
10:54 PMa month ago

Espinoza releases the ball and Hernandez's shot is blocked by a defensive sweep.
10:49 PMa month ago

Hernandez's shot inside the six-yard box that incredibly ends up flying over.
10:37 PMa month ago

Souza returns the ball and almost comes close to scoring an own goal.
10:36 PMa month ago

Gonzalez's close-range header to the near post goes wide.
10:31 PMa month ago

The game is stopped for rehydration.
10:29 PMa month ago

Bermúdez was fouled and Atlante had a set piece that was charged short.
10:24 PMa month ago

Tejeda's header is saved on the line by Acuña.
10:16 PMa month ago

Acuña makes the cutback and takes the shot that Hernández covers to avoid the third.
10:15 PMa month ago

A service to the far post is finished off by Francisco Acuña to increase the difference in just a few seconds.

Óscar Villa tricks Hernández with a penalty kick to make it 1-0.

Partida knocks down Peralta inside the area, is penalized and is cautioned.
10:08 PMa month ago

The cross easily reached the hands of Gabino Espinoza.
10:07 PMa month ago

Saavedra is kicked hard and is quickly cautioned.
10:05 PMa month ago

The match between Cimarrones and Atlante kicks off.
10:02 PMa month ago

At this moment Cimarrones and Atlante take the field.
9:55 PMa month ago

The game between Cimarrones de Sonora and Potros de Hierro del Atlante in the Liga de Expansión MX will kick off in a few minutes.
9:54 PMa month ago

Uniforms will be unveiled

For the first time in the tournament, Atlante will wear its new away uniform, which was highly criticized by the azulgrana fans.
9:49 PMa month ago

This was the arrival

Cimarrones arrived at Estadio Héroe de Nacozari to try to get their first home win of the season. 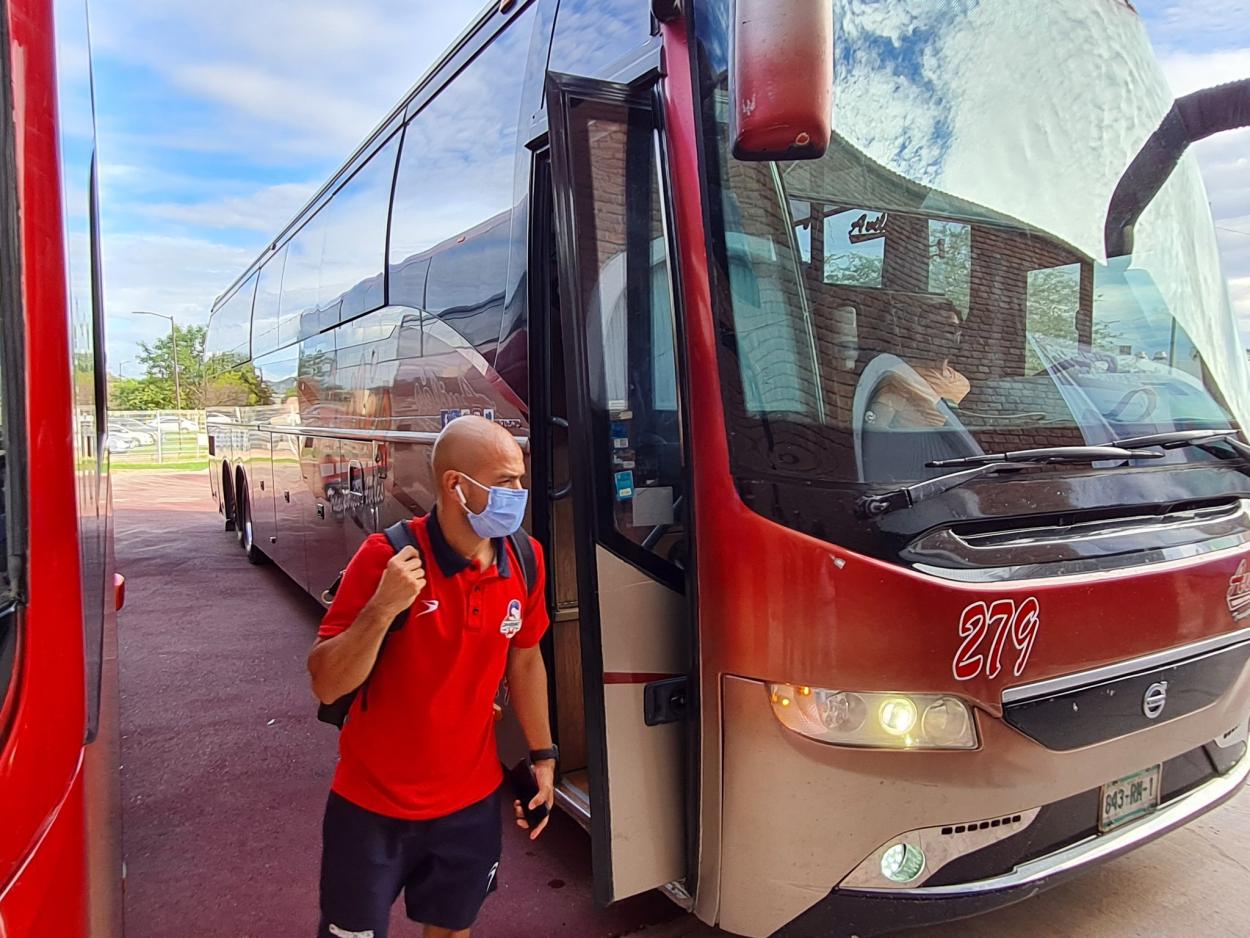 Through a press release, Cimarrones indicated that due to the pandemic light they would not open their doors to take care of their fans in this very complicated time of the year.
9:39 PMa month ago

It does not change

Mario García is sticking to his guns and for the third time in a row repeats the lineup, leaving on the bench players such as Mendoza, Tamay and Figueroa who, when they have come on, have made a difference.
9:34 PMa month ago

Only one game has been played this Wednesday, where the Coyotes de Tlaxcala and Alebrijes de Oaxaca shared points with a 1-1 draw at the Tlahuicole Stadium.
9:24 PMa month ago

In a total of four games, the two teams have conceded only one goal, and it was Atlante that conceded the goal from a penalty kick in stoppage time.
9:19 PMa month ago

The main event of date three of the Expansion League is underway with the game between Cimarrones de Sonora and Potros del Atlante. We begin with the coverage.
9:14 PMa month ago

Do not miss a detail of the match with the live updates and commentaries of VAVEL. Follow along with us all the details, commentaries, analysis and lineups for this Cimarrones vs Atlante match.
9:09 PMa month ago

What time is Cimarrones vs Atlante match for Liga Expansion MX?

This is the start time of the game Cimarrones vs Atlante of 10th August in several countries:

Of the last five games they have played in Sonora, the balance favors the home team with two wins, two ties and only one loss; the last game they played at this venue took place last season with a last minute tie for Cimarrones by a score of 1-1.
8:59 PMa month ago

Although he has not started as a starter, Alfonso Tamay has responded with goals in the two games he has come on as a substitute, so it is expected that he will soon become a starter in the azulgrana midfield with his versatility and dynamics. 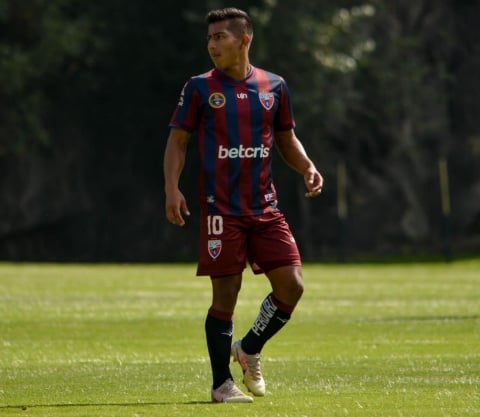 A special game for Irving Zurita, who has a Azulgrana past and has had his best moments as a player, but now with his overflowing runs down the flanks and ability to get into the opponent's area, he will be looking to score and apply the law of the ex. 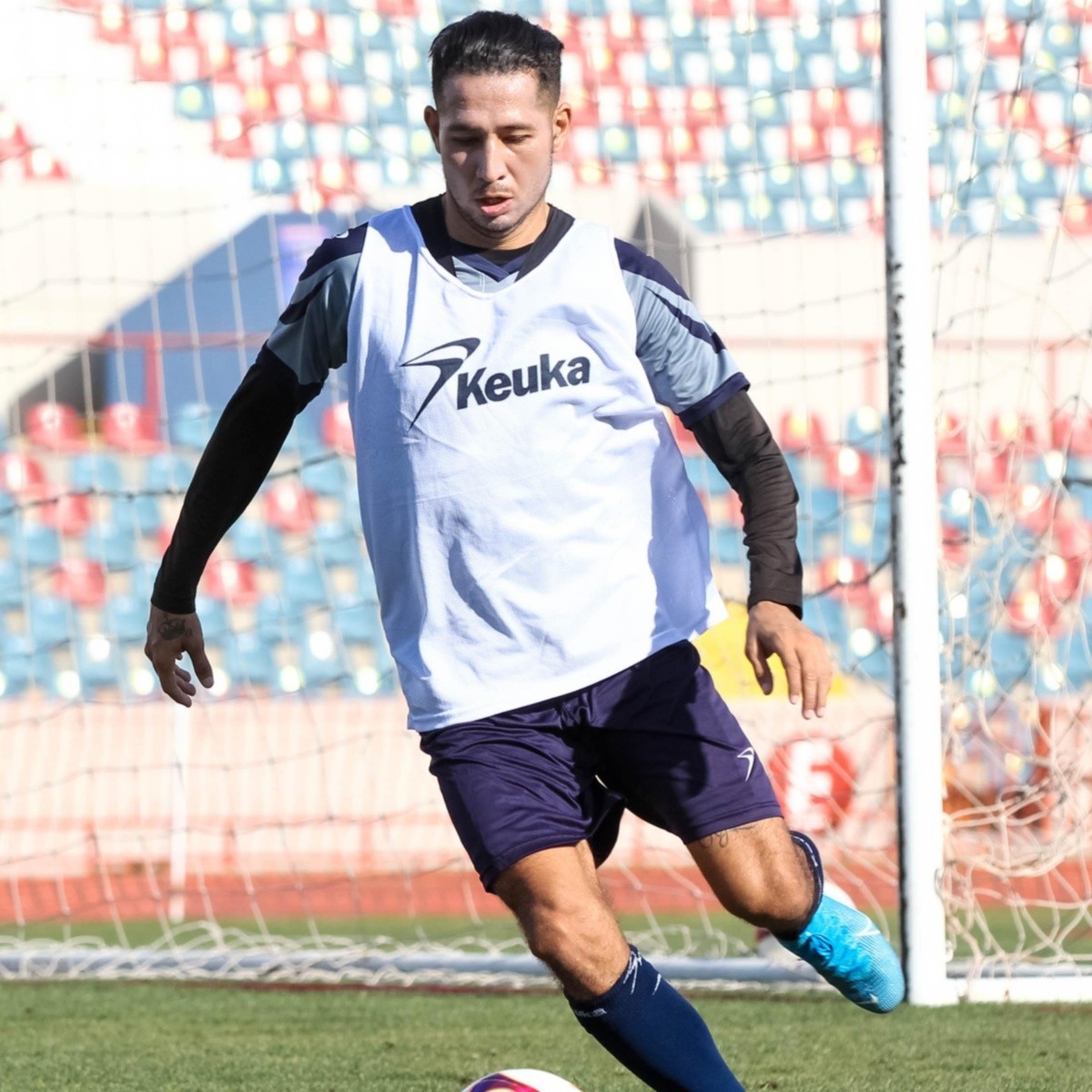 The main referee for this match will be Ismael Rosario Lopez Peñuelas; Edgar Ivan Ivan Gonzalez Rosales will be the main referee and Heder Adan Trujillo Escareño the second referee; José Roberto González Robledo will be the fourth referee.
8:34 PMa month ago

After opening the tournament with two consecutive home victories over Correcaminos and Raya2, Atlante will have its first visit where it will put its level of play to the test on a field that has not been very good for it in its last few visits.
8:29 PMa month ago

If there is one thing that the Cimarrones de Sonora team has lacked in the beginning of the tournament, it has been their attacking ability, however, they have been able to balance it in the lower area where they have not been able to concede a goal. Last week they won by the minimum score against Alebrijes de Oaxaca.
8:24 PMa month ago

The Cimarrones vs Atlante match will be played at the Heroe de Nacozari Stadium, in Sonora, Mexico. The kick-off is scheduled at 10:05 pm ET.
8:19 PMa month ago

Welcome to VAVEL.com’s LIVE coverage of the 2021 Liga Expansion MX: Cimarrones vs Atlante!