Sunderland AFC look close to offloading another player from the Stadium of Light, with the Black Cats agreeing a £4.5million deal with Turkish Süper Lig side Beşiktaş for winger Jeremain Lens.

Bringing the lackluster spell to an end

Optimism was high when the Black Cats initially brought Lens in from Dynamo Kiev for £13million back in 2015, however the Dutchman failed to ever settle in on Wearside making just 25 appearances in his two years at the club.

Lens has made his intention to leave the North East very clear since the beginning of last season, the 29-year-old secured a loan move to Fenerbahçe where he did impress and brought that into the pre-season matches he has played for Simon Grayson's side.

Besiktas have been busy in the transfer window thus far having already secured the services of both Pepe and former Middlesbrough striker Álvaro Negredo, it is believed that Sunderland rejected an initial loan offer but have since agreed the fee and Lens looks to sign his three-year deal in the coming days. 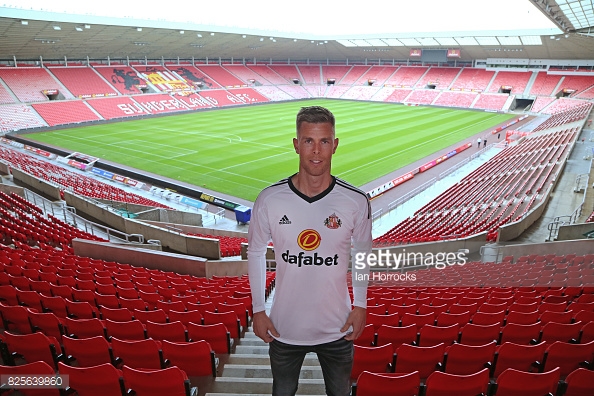 It's a big chance to play for Sunderland

It has been a summer of transition at the Stadium of Light after dropping back down to the Championship after a ten-year absence, coupled with the arrival of a new manager Simon Grayson replacing David Moyes.

Their relegation inevitably saw the exit of some of their major players, but no position was hurt more than in between the sticks with both Jordan Pickford and Vito Mannone leaving for Everton and Reading espectively.

Ruiter has spent the majority of his career in the Netherlands with FC Utrecht before been released at the end of last season, the 30-year-old was on trial with the club before signing a two-year deal and he shared his delight at his permanent move to Wearside.

"I'm very pleased to be here because I had a great couple of days training with the team and played some good games," Ruiter told safc.com. "So I really wanted to sign and pleased I'm finally a Sunderland player."

"From the moment I stepped through the door everything was so professional," the Dutchman stated. "It's such a big club and for me it was always a dream to play in England."

"So if a club like Sunderland comes and asks if you want to sign," Ruiter concluded. "It's a big chance."