Stoke City have completed their sixth signing of the summer transfer window, as The Potters completed the signing of Spanish forward Jesé Rodriguez on a season-long loan.

Happy to have a new opportunity

It has been a busy summer for Mark Hughes' men having already signed the likes of Darren Fletcher and Kurt Zouma, however they have suffered a big blow with the loss of Marko Arnautović to West Ham United.

Rodriguez was with the club since the age of 14 and was part of the Champions League-winning squads in 2014 and 2016, before joining PSG for £21million last summer. He joined hometown club Las Palmas in January before moving to the Bet365 Stadium and he stated his delight to have a "new opportunity" in the Premier League.

"I am very happy to be here, a new opportunity," Rodriguez told stokecityfc.com. "A new challenge in the Premier League."

“I have never had an opportunity like this here," the Spaniard stated. "So I am very happy to have the chance to show what I can do."

"I want to work hard and help the team," Rodriguez added. "I feel we have got the right players to reach those new objectives and to inspire the Stoke City fans.” 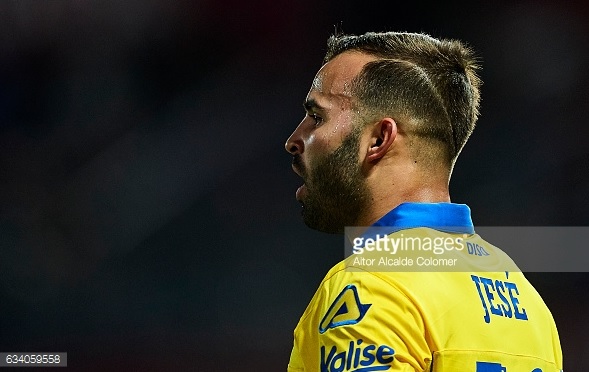 One Spaniard in, another out

It does seem that the arrival of Rodriguez is to make up for the loss of another Spaniard, as league newcomers Newcastle United completed the signing of Joselu on a three-year deal.

The 27-year-old has played for the likes of Real Madrid, Hoffenheim, Celta Vigo, Eintracht Frankfurt and Hannover 96 before playing for Deportivo La Coruña last season, Joselu only made 27 appearances for The Potters but shared his delight at signing for a "very big club".

“I feel very happy," Joselu told nufc.co.uk "Because I have signed for a very big club."

The Warmdown: Superb Stoke shine against the Swans a year ago

Swansea City vs Stoke City preview: How to watch, kick-off time, team news, predicted lineups and ones to watch a year ago

Blackburn midfielder Evans linked with move to Stoke: Is he what the Potters need? a year ago

Stoke vs Ipswich Preview: Paul Lambert returns to ex-club in midst of struggling form 4 years ago