Leicester City returned to winning ways after three games without a victory after coming from behind at Brighton & Hove Albion.

Adam Lallana's first goal for the Seagulls had put the hosts in charge at half time, before Kelechi Iheanacho drew Brendan Rodgers' side level just past the hour.

And three minutes from time Daniel Amartey headed home from close range as it was the same old story for Brighton - who put a lot into the game but suffered a third Premier League defeat in a row.

Albion began brightly, switching play to stretch the Foxes and moving the ball quickly. Lallana was involved in a good move in the seventh minute with a pass to Pascal Gross. The German's cut-back was diverted by Wesley Fofana, the ball whistling just wide of his own post.

Three minutes later Lallana struck. Dan Burn won a header which found Lallana. He helped it on to Neal Maupay who held off a defender and cleverly teed up Lallana 15 yards out and his emphatic finish gave Kasper Schmeichel no chance.

Lallana had an effort blocked inside the D after Gross and Alexis Mac Allister combined before Leicester threatened for the first time when Rob Sanchez had to be both brave and alert to halt Ricardo Pereira when he looked to have got in behind.

Albion continued to dominate the ball with Lallana enjoying lots of space in front of the visitors' back three, but Sanchez produced a superb one-handed save in the 36th minute, diving to his left to keep out a thunderous volley from Sidnei Tavares after Jamie Yardy had cushioned a long ball into his path.

It was turning into a virtuoso performance by Lallana who nearly had a second moments later. Gross whipped in a free kick from wide on the left and the midfielder's deft flick bounced off the outside of the far post, much to Schmeichel's relief. Lallana then played a lovely left-footed ball to Maupay who clipped the ball past Schmeichel but from a fractionally offside position.

A reaction from the Foxes was to be expected in the second half and Iheanacho's powerful drive from the inside-left channel into the side netting was a warning while Yves Bissouma, Lewis Dunk and Joel Veltman made important tackles as the Foxes enjoyed a good spell of possession.

Leicester, who boast the best away record in the league with just one defeat, were on top and it was 1-1 just past the hour when Iheanacho, whose goal knocked Albion out of the FA Cup last month, produced a deft finish from ten yards after Youri Tielemans laid on the chance with a wonderful no-look pass.

Going into the final third the game was getting stretched. Maupay had a shot blocked after a mistake by Fofana before Sanchez denied Tielemans, who was then booked for bringing down Leandro Trossard as he made a dash down the right.

With 11 minutes to go Albion had their best chance of the second half. Gross broke down the right and expertly teed up Lallana whose shot on the stretch still forced an excellent save from Schmeichel.

At the other end Dunk’s outstretched leg denied Jamie Vardy as Leicester appealed for a penalty but moments later the visitors won it. Sanchez failed to clear an inswinging corner from Tielemans and Amartey stooped to guide a free header into an empty net.

Dan Burn couldn't get on the end of Dunk's header at the far post in stoppage time as Albion sought an equaliser. It was defeat that was tough to take and Albion will look to bounce back next weekend.

Brighton 0-0 Leeds: A point apiece in the Premier League as missed chances prove costly 2 days ago 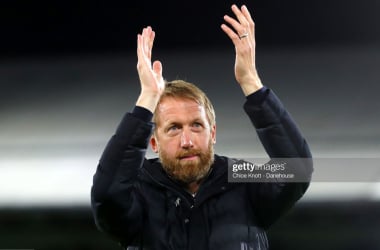 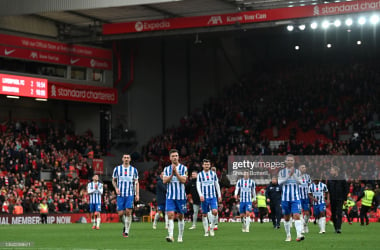 Analysis: Consistency is key for Albion after significant strides 24 days ago 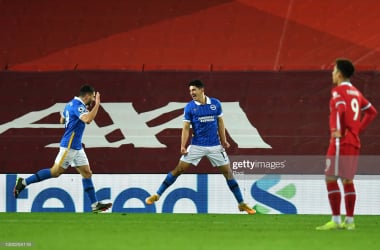 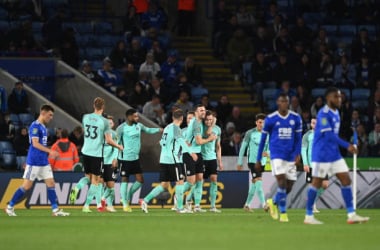 The Warm Down: Maupay strikes at the death to salvage point 2 months ago

Analysis: Brighton on the brink of reaching the pinnacle of English football 2 months ago