A battle between two of the great young talents in women's tennis took place in Russia. Belinda Bencic managed to hold her nerve and the pressure of being the number one seed as she beat Daria Kasatkina 6-4, 6-3 to move into the St.Petersburg Ladies Trophy final.

The match started with promises of a marathon, as both opening games went to deuce and the players were fighting for every single point. Bencic had entered stronger and found her rhythm to break first and consolidated to lead 2-0. The Swiss started aggressively, having the first role in the rallies with the Russian relying on turning defense to offense when Bencic was giving her time.

After the break, Kasatkina's reaction was immediate. She would cut down on her errors and become more patient in the rallies. An improved serve also helped the Russian who held her serve and broke back to give new interest in the encounter. Kasatkina's serve was better at that time, while Bencic was having to battle to hold her own. The Russian was playing a lot better, as she took 12 consecutive points on serve and pushed Bencic into marathon service games in the 6th and 8th games. Kasatkina would have four chances to break, but Bencic held to push the score to 4-4. The top seed would put her fearless backhand on display in the 9th game as she cut down Kasatkina's response time and secured the break. The Swiss would  hold smoothly to seize the set. 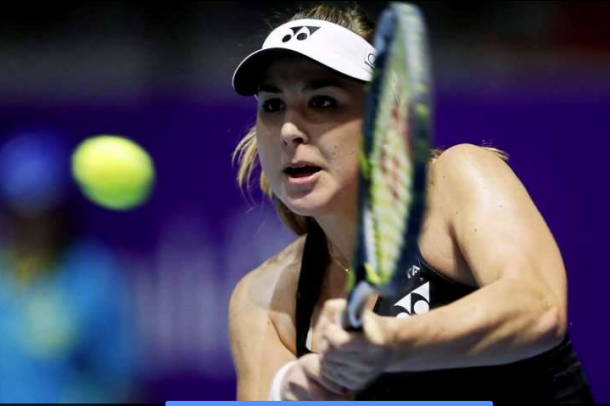 It was a mature and professional performance by Bencic, who was calm and flawless on the important points. Kasatkina by comparison was always stepping back and playing defensively. Bencic started playing more inside the baseline and that helped her seize her chances towards the end of the set.

The second set started much the same as the first with Kasatkina holding comfortably and having chances on her counterpart's serve The Russian was returning well, especially from the forehand side and that was giving Bencic some trouble. It was a problem that was easily solved by the Swiss though, who started serving more into the body and the backhand for the next few games. At 2-2, Bencic took the crucial break for this set as she took advantage of some errors by her opponent. Kasatkina then took a medical time out with her back seemingly troubling her at that point.

After the time out, three holds would follow with the Russian having one break point in the 8th game of the set. She again failed to convert. Bencic would break in the final game to close the match out 6-4, 6-3 and move on to the final. The Swiss was delighted to have made it through this match as she would finally seal her top ten debut with the win. It was not the best match for the 18 year old, but she she played well when it mattered in the important points. From the other side, Kasatkina showed the world once again that she is a great talent, but needs some improvement in the mental part of the game. 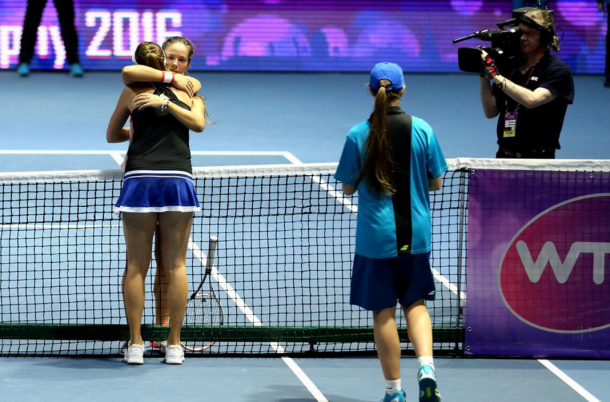 The stats were even and positive for both at the end of the match. The key for Belinda's win was the high percentage of first serve, which stood at 70 percent. The Russian's difficulty to convert break points and take advantage of her numerous opportunities was her most problematic aspect of the match. Kasatkina won only one break point out of her ten chances. Bencic will now compete in her fourth career final, coming up against the number two seed Roberta Vinci. Vinci beat Ana Ivanovic in the other semifinal to set up Sunday's clash.