Last season West Ham and Southampton were two divisions apart. Hammers relegation and Saints promotion, however, brought the two clubs together this term, and it is the Championship's surprise package that have leapfrogged their rivals and claimed the second of three Premier League promotion places.

Southampton’s incredible progress has come under the stewardship of Nigel Adkins, the former Scunthorpe boss, for whom this promotion was the fourth in only six years of Football League management.

Having stepped up from the physio role at Scunthorpe to that of caretaker manager, Adkins has swiftly become one of the finest bosses outside the top flight, not only in the brand of football played but through the type of man management skills that have produced the feel good factor embracing Saints throughout his reign.

Perhaps the most remarkable point to make about this seasons achievement is that only seven players were either bought or loaned in since the summer. The bulk of the squad that brought Southampton into the Championship have been retained, most importantly the key figures of Rickie lambert and Adam Lallana, who propelled the club to League 1 promotion with 29 goals between them. The pair were unfazed by the higher level, having bagged another 38 this season.

Most of those signings have played a part in securing Premier League status, though the eight goals of January signing Billy Sharp from just 11 starts were a major factor in pushing the Hampshire club over the line, the forward hitting top form over the final run-in with some significant strikes.

Adkins and Southampton will hope to follow in the footsteps of both Swansea and Norwich, who have successfully competed with the elite in their first seasons in the top flight, though Saints will be able to draw more parallels with the latter. The Canaries also rallied to win consecutive promotions under a newly appointed boss in Paul Lambert, and have comfortably retained their Premier League status without changing their philosophy on the game.

Of course, West Ham can still clinch promotion via the play-offs and will have mountainous pressure to do so. Returning to the top flight was the pre-season remit for Sam Allardyce’s lavish squad, and failure to make it happen at Wembley come May 19th will take the already strained relationship between the manager and supporters to acrimonious levels.

But Saturday was all about Southampton, who knew that a victory over already relegated Coventry would end their seven year exile from the Premier League, and they didn’t just win; they cruised in a style befitting of their remarkable journey under Adkins’ stewardship.

By the time Carlton Cole had scored the 36th minute opener that set West Ham on course for the victory they required to stand a chance of snatching second place, the home fans were already deflated by the news coming from St Mary’s.

Within a three minute spell nerves turned to delirium on the south coast with a double salvo that all but confirmed promotion for Southampton, and that was before a quarter of the game had even been played. It was the on-song Sharp who got the killer touch to Lallana’s volleyed effort, diverting the path of the shot just enough to evade the palms of Joe Murphy.

The second arrived in the 19th minute; Portuguese central defender Jose Fonte’s diving header too close to the crossbar for the man on the line to divert to safety, and from that moment on it was party time for the majority of the 32,363 in attendance.

Shortly after the break Cole produced a fine piece of chest control to set up a measured finish after an excellently weighted aerial ball from Henri Lansbury, only to find himself called to the bench soon after, followed shortly by strike partner Ricardo Vaz Te and skipper Kevin Nolan. Allardyce was casting an eye towards the first leg of the play-off semi-final against Cardiff on Thursday with West Ham’s fate seemingly already decided.

Indeed, Saints themselves put in a high calibre second half to rub salt into Irons’ wounds. Jos Hooiveld joined fellow defender Fonte on the scoresheet, bundling in from eight yards out.

And for good measure Lallana added a fourth, sweeping Lambert’s downward header into the roof of the Coventry net to emphatically wrap up a second season of boundless glory for the Saints.

Zinchenko vs PSG: A Ukrainian masterclass 4 hours ago

Arsenal vs Villarreal: Gunners crash out in Europa League semi-final. 17 hours ago

Derby County vs Sheffield Wednesday preview: How to watch, team news, kick-off time, predicted lineups and ones to watch 6 hours ago 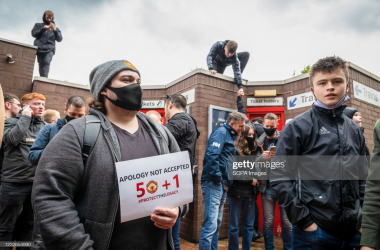 A.S. Roma vs Manchester United: Team news, ones to watch, predicted line ups, kick-off time and how to watch 20 hours ago
//