The Chairman of the English Football Association, Greg Dyke, has revealed his pleasure with the resignation of FIFA President Sepp Blatter.

The 79-year old, Blatter, announced his intentions to resign at an extraordinary FIFA congress at a press conference on Tuesday evening.

Responding to the events in Zurich, Switzerland, Dyke said, “Something has come out of the events of last week that has caused Mr Blatter to resign… He’s gone."

Multiple FIFA officials were arrested by the FBI and the Swiss government on Friday, ahead of the FIFA elections in Zurich. Yet despite the arrests, due to charges of corruption and bribery, Sepp Blatter was re-elected for his 5th term as FIFA President.

Dyke implied he wanted a re-vote on the 2018 and 2022 World Cup's which have been surrounded in corruption claims since they were handed to Russia and Qatar, respectively.

"At long last we can sort out Fifa. We can go back to looking at those two World Cups. If I were Qatar right now I wouldn’t be feeling very comfortable.”

What role can Jesurun Rak-Sakyi play in the first-team for Crystal Palace? 12 hours ago 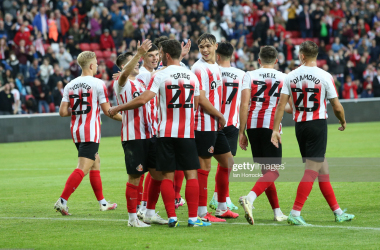 Sunderland desperate for new dawn under KLD ownership 13 hours ago

Carlos Corberan's post-Sheffield Wednesday comments: Getting through to the next round, performance &amp; the fans 10 hours ago

Big season ahead for Oliver Skipp at N17 2 hours ago