Brighton and Hove Albion continued their unbeaten start to the Championship season with a narrow win at home to play-off chasing Birmingham City.

Solly March and Jon Toral scored early on to see the sides level at half-time, but Bobby Zamora's poached effort shortly after the interval proved the decider.

The result sees the Seagulls back to the top of the table in the second tier, while Birmingham remain just inside the play-off spots, now on goal difference alone.

Rapid start to an exciting game

The match started at an exciting pace, with the hosts clearly targeting the wide areas. Beram Kayal and Liam Rosenior delivered dangerous-looking balls from either flank within the first five minutes of the game, but neither could produce a clear opening.

Both sides were playing on the counter, with the managers' tactics resulting in an end-to-end encounter. Tomer Hemed was denied by Tomasz Kuszczak before Demarai Gray took the ball straight up to the other end only to be crowded out by Kayal and Gordon Greer.

The open nature of the game meant it came as no surprise when the first goal came with under 20 minutes on the clock, the hosts grabbing a well-worked opener.

Jamie Murphy beat his man on the wing before finding Rosenior who delivered the ball into the area for March, whose first shot was blocked but the 21-year-old slammed home at the second time of asking.

However, the lead lasted less than five minutes as Birmingham continued the furious pace of the game and finding a deserved equaliser.

Jacques Maghoma stung the palms of the home goalkeeper David Stockdale, who could only parry the winger's powerful effort into the path of Toral, who reacted well to nod into the empty net.

With half an hour played, the hosts thought they had the lead again, but were denied by the referee. Kuszczak came out to claim a cross and fumbled the ball into his own net, but official Gavin Ward adjudged the former Manchester United stopper to have been fouled, much to the disgust of the Albion players.

Toral went closest to adding to the scoreline before the interval as he curled a right-footed effort wide from the edge of the area in first-half stoppage time, but the two teams went in level at half-time.

Yet, it took barely two minutes of the second half for the Seagulls to restore their lead through talisman Zamora. He bagged his fourth goal of the season, pouncing on March's deflected effort to steer the ball home at the far post and send Brighton back to the top of the table.

Toral was denied by Stockdale at the other end as he looked to latch onto a free kick into the area, while Hemed spun around a defender and got a shot away only to be denied low down by Kuszczak as both sides continued to look for goals.

Manchester United loanee James Wilson was introduced for his debut for Brighton, and was presented with a half-chance almost immediately but his shot was blocked.

Tense ending to the game

Both goalkeepers were called upon in the closing stages of the match with Brighton's three points never fully safe, but the hosts managed to hold on to their slender advantage to maintain their stunning start to the season and return to the top of the table.

Birmingham, meanwhile, missed out on the opportunity to cement their position in the play-off spots but they remain in sixth place, now eight points shy of the automatic promotion places. 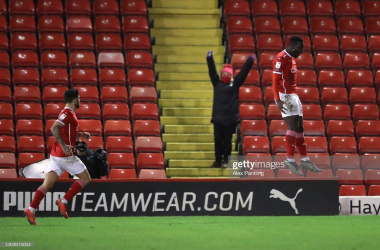 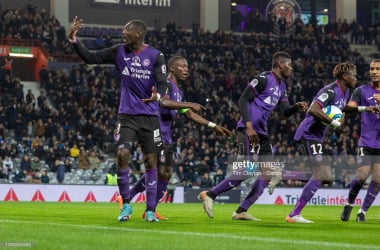 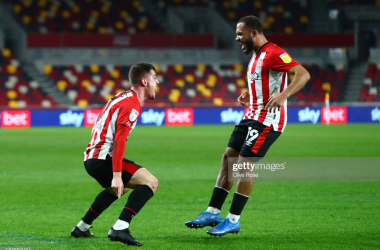 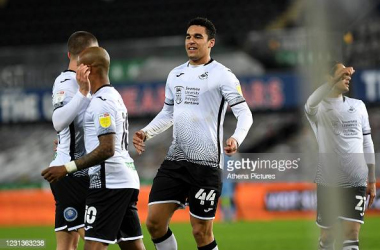 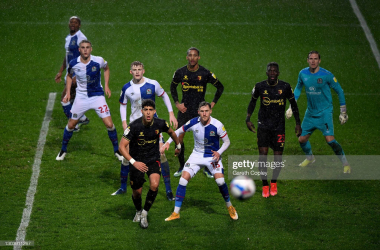 Blackburn Rovers 2-3 Watford: Hornets edge past Mowbray's Blue and Whites despite a late scare a day ago 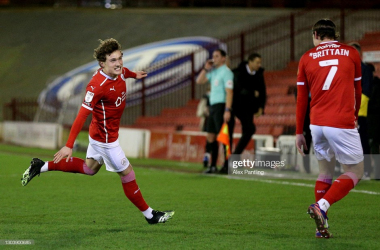 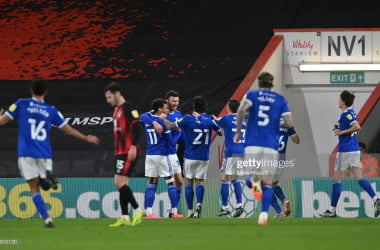 AFC Bournemouth 1-2 Cardiff City: Bluebirds leapfrog Cherries into sixth-place with win at Vitality a day ago 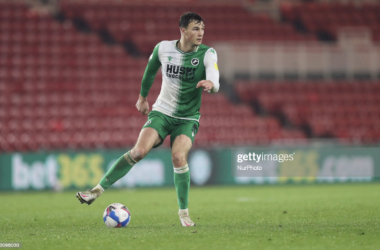 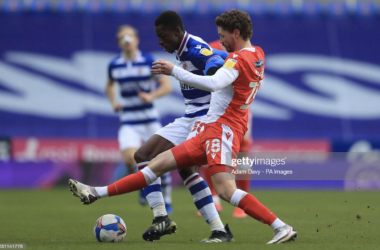 How has George Evans started life at Millwall? 2 days ago 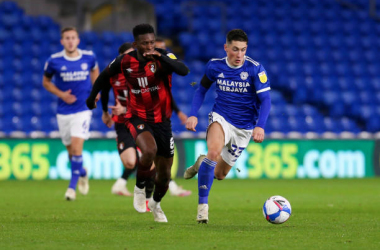 AFC Bournemouth vs Cardiff City preview: How to watch, kick-off time, team news, predicted lineups and ones to watch 2 days ago
//